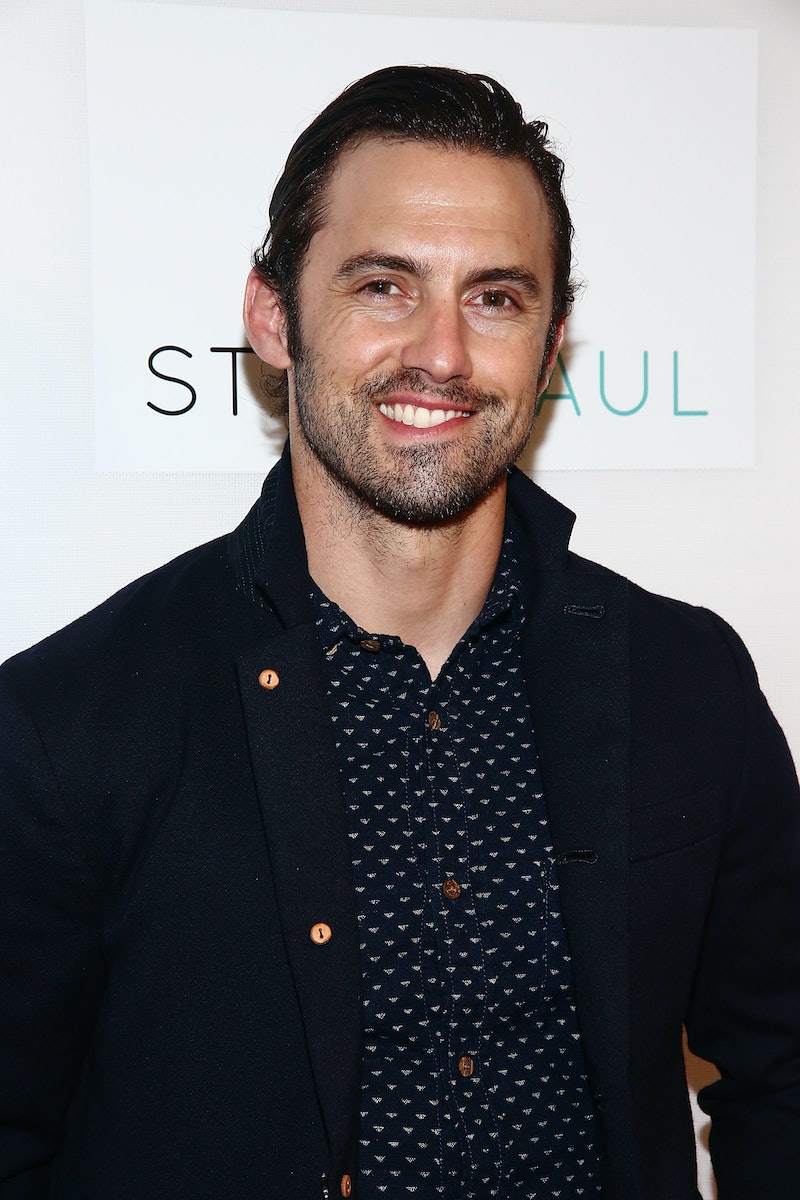 Stars Hollow's very own Jess Mariano is creating some buzz on what's to come for the Gilmore gals. That's right. He is back in town and causing more trouble... very subtly. In his latest interview with Entertainment Weekly, actor Milo Ventimiglia (who plays Jess Mariano in the series), is trying to put some Gilmore Girls fan questions to rest. However, he seems to be doing the exact opposite. Instead, Ventimiglia is adding to hope towards what fans can expect in the upcoming Gilmore Girls revival — and if that hope is in terms of who Rory Gilmore will end up with in the four-part Netflix series — well, that's up to you to decide once we figure out what Ventimiglia means by "Classic Gilmore Girls ." (Shh, there is meaning in every quote, OK?)

Here's what he said to EW:

"I think people should be excited about classic Gilmore. There was something about that show that was so spot on in pop culture, and historical reference, and just really good heartfelt, belly-laughter, crying. It touched on so much. That I think that's probably going to be the thing that — at least [in] the scripts that I've read — It's just classic Gilmore. It's classic, classic Gilmore Girls. And I think that's what the fans could look forward to."

Then, after pointing out the fan theories circling around Luke and Lorelai, he's also sure to point out Rory followed by a long pause before the mention of his character, Jess. From there he continued to run the list of Rory's other exes with whom she might end up — which includes both Dean and Logan as well — before straight-out saying, "Who's it gonna be?" So, because he brought it up, what exactly does the actor mean by "classic Gilmore"? I've got a few ideas of my own.

For me, that means that those titular girls (Lorelai and Rory) are bound to get caught up in crazy choices, boy problems, and things not going exactly as planned. As straight-laced as Rory may be, that hasn't stopped her from shocking us with choices like lying to Lorelai and choosing Yale over Harvard. So, in this case, I'm expecting Ventimiglia's description of the four-part series as "classic Gilmore" to allude either Lorelai or Rory once again making a rash decision with her heart and not her head. And of all of Rory's past exes — and taking Ventimiglia's long pause before what could have been him accidentally straight out say "Rory and Jess" into account — suddenly, my hopes for Rory ending up with Jess are so much higher.

Yes, my analysis may be a bit of a stretch. However, with Ventimiglia's frequent interviews recently and his constant mention of reading multiple scripts in the four-part series, I'm thinking that his character's place in the storyline is going to be pretty big compared to Dean and Logan's. Plus, if anyone's going to be around for a possible Lorelai and (Uncle) Luke wedding, Jess certainly would be.

But, relationship drama aside, other "classic Gilmore" moments I'm expecting include the numerous pop culture references and jokes that Ventimiglia also alludes to — but we already knew that was coming. (Though I can't wait to hear what snarky things Lorelai Gilmore has to say about the likes of the Kardashians and Donald Trump. What a time it is to be heading back to Stars Hollow.)

The four-part 90-minute each series, Gilmore Girls: Seasons, will be coming to Netflix at the end of 2016, but that TBD date can't come soon enough.