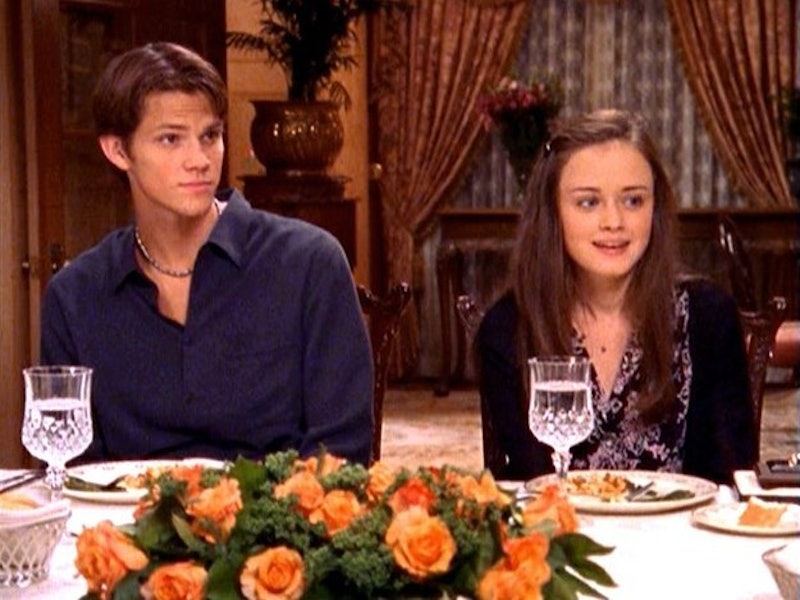 As if the news about there being a Gilmore Girls revival was not news enough, now things are getting complicated — in the best way possible. With a ton of different actors from the original series confirming that they will be returning for the four-part Netflix revival mini-series, in the lineup are Matt Czuchry (Rory's ex-boyfriend, Logan), Milo Ventimiglia (Rory's ex, Jess), and even Jared Padalecki (who played Rory's first love, Dean). So, yes, that means one thing: All of Rory's past relationships are coming to the forefront. But, what does this ex-boyfriend reunion mean for Rory's love life?

With Rory now being a working political journalist, there's no say on whether or not Rory will be back in Stars Hollow for good, or if she's simply visiting the beloved town. However, with all three of her exes confirmed to return, odds are she will bump into all three of them at some point during the four 90-minute episodes. And the Yale graduates current relationship status? According to a recent interview with Gilmore Girls creator Amy Sherman-Palladino, Rory is totally single, which means that the doors of possibility are wide open — for any of her past loves. This could get awkward, fast.

Before fans get too excited about Rory reconnecting with Dean, Jess, and Logan, there is one serious factor that must be taken into consideration. Rory could have met someone else in the time we've been away from Stars Hollow. Or, perhaps, she'll decide to just rock the whole independent and single life. (Because, honestly, Rory's love life is the least interesting part of her future. Did I mention the whole political journalism thing?)

However, there's also something else to consider aside from what Rory's relationship status in the revival series may be. We can't assume that Dean, Jess, and Logan are all single as well. Yes, Rory is an incredible woman, but did they really all sit around waiting for her after all of these years? They could be dating other people, or they could be married with kids. (Although, I personally doubt that Jess is going to be the one who settled down out of the three of them.) I

Unfortunately, all three boys returning can only guarantee one thing: someone is going to get their heart broken. Rory could have feelings for someone she can't have, one of her exes could still be in love with her but it doesn't work out between them, more than one of them could be fighting over her like she's some kind of prize to be won — the list goes on and on. (Hopefully, Rory doesn't choose the two who decide her agency doesn't matter as much as their fist fight for her honor. Let's retire that stereotype right now.) Until the Gilmore Girls revival finally airs on Netflix, I will be happily rewatching the entire show and carefully dissecting all of Rory's relationships to see which one of them has the best chance of getting that happy ending.