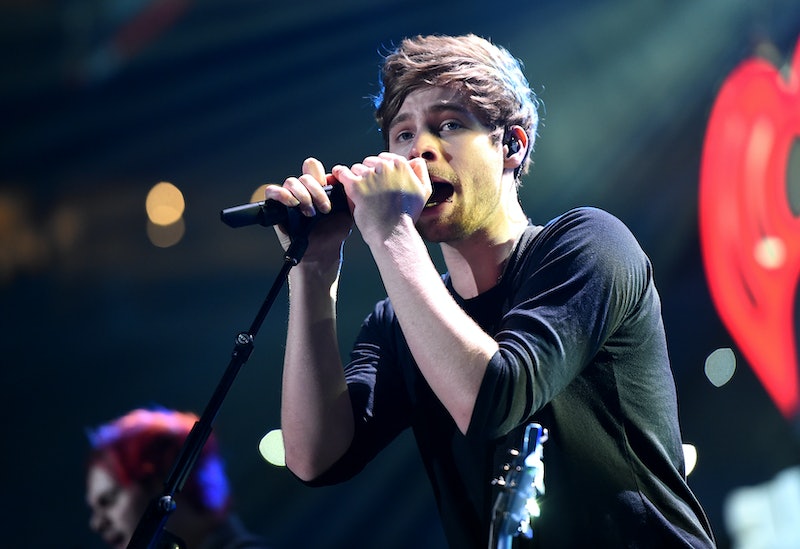 For 5SOS fans curious to know everything about Luke Hemmings' girlfriend Arzaylea, doing so doesn't exactly require a detective hat and a Sherlock Holmes-esque cape: Arzaylea's social media accounts are all public, and she frequently tweets, Instagrams, and Snapchats about her daily life to her heart's content (and yes, they all feature the occasional appearance by Hemmings). While her Twitter and Insta handles are the most well-known (she cross-promotes them on both platforms), if you're eager to start following Arzaylea on Snapchat, her username is exactly the same as all of her other handles: Arzaylea. And TBH, she was kind of ahead of the curve when it came to the app, tweeting as early as October 2014 that people should start following her on there. Two years later, it makes sense that Arzaylea is kind of a Snapchat pro.

Like her boyfriend, Arzaylea is all about that Snapchat filter life, frequently sharing photos and videos of herself running the gamut of the app's many hilarious (and sometimes ridiculous) filters. On the 5SOS band Snapchat, Hemmings is known for utilizing #allthefilters as well, so that's at least one thing they have in common. (Larzaylea PSA: Here are a bunch more.) And despite the frequent hate she receives from fans, Arzaylea is clearly determined to keep all of her socials public.

But in addition to the silly Snaps that Arzaylea posts, let's talk about what we're all here for: Where are the Luke mentions? As the 5SOS fam is quick to point out. the singer-guitarist does occasionally make appearances on his girlfriend's Snapchat. Unfortunately, the moments are usually so fleeting it requires super-fast screen shots that usually just show a blurry image of Hemmings in the background, or maybe you can hear his voice for all of .05 seconds:

Still, it's the hope of more that keeps fans following — and maybe, one day, she'll deliver. In the meantime, I'm sure she doesn't mind racking up all of those thousands of followers.