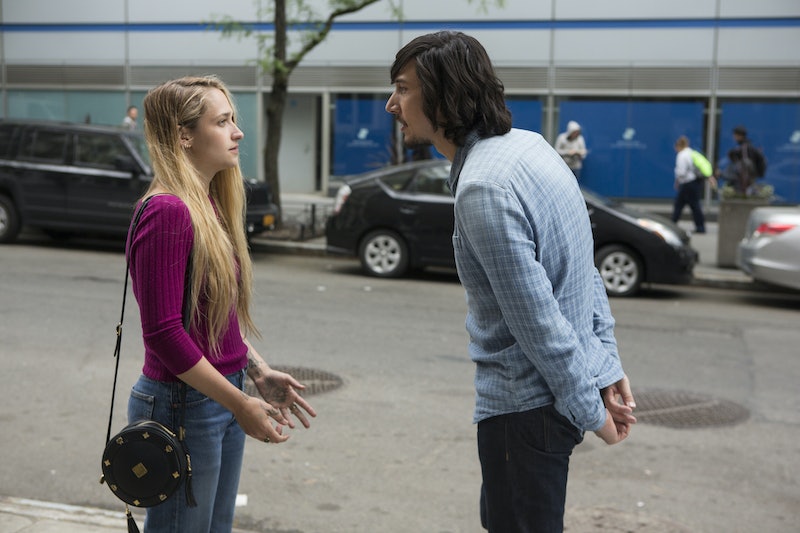 Maybe you're a practical person who takes horoscope readings with a grain of salt and doesn't fall for silly romantic cliches. But even if you consider yourself a reasonable person who sees things clearly, you may still have trouble admitting what's truly going on in your own relationship. No matter if you've been with your SO for a few weeks, months, or years, there are some telltale signs that indicate whether or not you're actually compatible. The question is whether you're ready to let yourself see them.

Being a good pair is about way more than sharing the same interests, having a sizzling sexual chemistry, or fulfilling the requirements society has told you make a perfect couple. It doesn't matter how "good on paper" you might be if you're not truly connected with one another, or if you don't share the same core beliefs. As Nikki Martinez, psychologist, life coach, and health counselor, told the Huffington Post, "If you have fundamental differences in your morals, beliefs, and ideas, that will cause continued issues in the relationship that may not be able to be overcome."

However, there are smaller signals that hint at incompatibility in your future, and those are just as important to look out for as the big stuff. Because your everyday interactions speak louder volumes than you might think, here are nine signs you're just not compatible.

1. Your Mutual Friends Aren't Excited That You're Together

If your friends can't get behind your relationship, nobody can. Not every last one of them has to approve, but it says a lot about your future together if most of your friends just aren't cool with your romance. In fact, the more mutual friends you have as a couple, the better chances you have at making it. "If you share a lot of the same network, chances are you share similar tastes and values, considering you hang out with a lot of the same people," life coach Kali Rogers tells Bustle.

2. You Haven't Made Any New Friends Since You've Been Together

Happy couples tend to do more things together, which means they're likely to attend social events and make new friends. If things are rocky, though, you're probably not making any appearances as a functioning couple, which means you don't have any new friends to go to dinner with when you feel like hanging out with other people. This doesn't bode well for your relationship, because as we saw above, healthy couples boast a buzzing social life that includes lots of friends.

3. You Spend A Lot Of Time On Your Phones When You're Together

We're already spending way too much time on our electronic devices as it is, but it's a whole new level of sad if you've got your nose stuck in your phone when you should be enjoying alone time with your SO. Relationships experts say the happiest couples are the ones who truly look forward to spending time together, and they use that time to really pay attention to one another. If you always find yourself on the phone at dinner without anything to talk about, that's a major red flag.

4. You Fight About The Most Insignificant Things

There is such a thing as a good fight. When you find yourself hashing it out about money issues or family problems, that can be a good thing (as long as it's not happening often). It means you're working through the important parts of your relationship and you're paving the way for the growth you need to achieve to stay together. However, if the majority of your fights are centered on which one of you is supposed to do the dishes, something's not right. You might be picking a fight because you're just bored with each other, not because there is something significant you want to work on as a couple.

It sounds counterintuitive, but you fight because you care. As soon as you enter that territory where you're too apathetic to worry how your actions affect each other, you've probably grown apart. "How you fight determines if the relationship grows or rots," Marina Sbrochi, dating coach and author of Stop Looking for a Husband: Find the Love of Your Life, told the Huffington Post. That means you should be having a disagreement every now and again — and you should always be fighting fair, without the name-calling and emotional aggression.

6. You Have Completely Different Senses Of Humor

Laughter is essential in any healthy relationship, whether it's with your best friend or your partner. Sheila Blagg, a divorce mediator and creator of Divorce2dating.com wrote for the Huffington Post about the telltale signs of compatibility, and she believes two people who consistently laugh at the same time have the best chance of making it, because it means they're connected in an indescribable way. Do the jokes often land flat between you? Do you ever feel like they just don't find the same things funny? You might not be a good match in the long run.

7. You Don't Run To Each Other When You Have Good News

The first person you call when you want to share something says a lot about your relationship. If you're not looking forward to telling them about a big moment at work, you're not likely to be compatible in a long-term relationship. At the very least, it shows that you aren't the best of friends, and even though some people may deny it, relationship experts say being besties bodes well for your relationship.

8. You're Embarrassed To Introduce Them To Certain People In Your Life

If you're so stressed out about what your boss might think of your partner that you never bring them to the annual office party, you might want to ask yourself why that's the case. Perhaps you're nervous that they will misrepresent you, which could mean that you're at different places of life and your maturity levels don't match. You should be proud of the person you call your SO and excited to let your friends and co-workers meet them — and they should definitely be thrilled about introducing you, too.

9. You Put Each Other Down In Front Of Other People

There's a big difference between teasing and bullying, but the line between the two can get blurred really easily with certain couples. Alicia H. Clark, a psychologist in Washington, D.C., told the Huffington Post, "It’s one thing to tolerate playful teasing and pokes, but it’s another when jokes are seemingly always at your expense and criticism feels incessant. This is closer to bullying than it is to playful good fun."

If you and your SO are crossing into this territory more often than not, reconsider what's happening between you. You might not see it at the time, but it's indicative of how little respect you have for one another, and that's as far from compatible as you can get.

More like this
Are Quality Time & Gift-Receiving Love Languages Compatible?
By Lexi Inks
The 19 Best Tweets & Memes About Bisexual Awareness Week
By Lexi Inks
The Differences Between Polyamory & Open Relationships
By Lexi Inks
30 Clever Ways To Slide Into Your Crush's DMs
By Griffin Wynne, Carolyn Steber and Lexi Inks
Get Even More From Bustle — Sign Up For The Newsletter