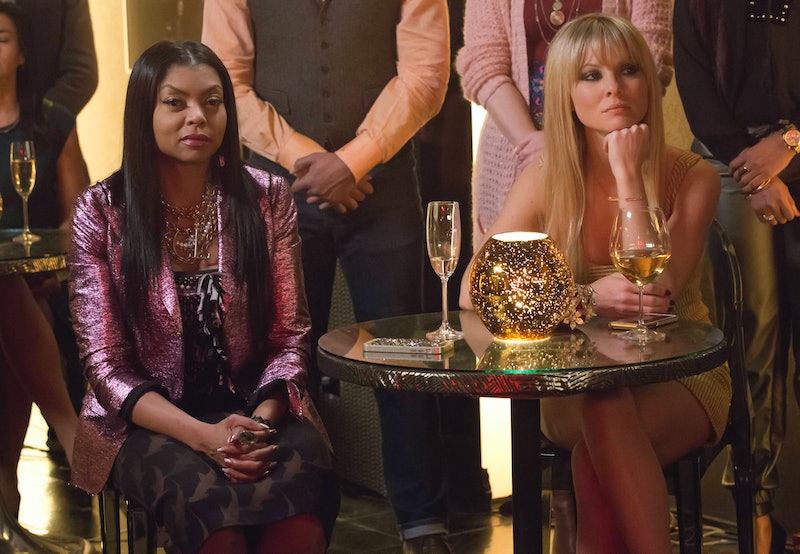 Fans have had their suspicions about who pushed Rhonda down the stairs on Empire , but now, thanks to Wednesday night's episode "The Lyon Who Cried Wolf," we finally got the confirmation we've been looking for. After getting pushed out of the way of a falling baby box, Rhonda started to get her memories back from the night of the supposed "accident" and realized that it wasn't an accident at all. Someone really did purposefully push her. But the epiphanies didn't end there. Later in their apartment, Anika began complaining about her feet hurting, which drew all of the attention to her shoes — shoes that looked all too familiar to Rhonda. Cue another flashback and suddenly she remembers seeing the same pair of shoes walking out the door right after she was pushed. Looks like Anika was the guilty culprit after all.

Part of me didn't want to believe that Anika was the one who did this to Rhonda, especially given how close to two of them have become. Anika's caring demeanor toward Rhonda even now still seems very genuine, which makes me wonder — is she really that cold-hearted or is it possible that Anika doesn't even know that she did such a horrible thing? Hear me out for a second here... Anika's behavior has been all over the place this season. One minute she's fine; the next minute she's impersonating Laura's driver. What if these extreme mood swings come with occasional blackouts, so she's not really acting on her own volition?

Maybe the subconscious part of her — which was secretly jealous of Rhonda's special pregnancy treatment — took on a life of its own and carried out acts which she never would've done in her usual frame of mind. Call me naive, but she just seems way too at ease around Rhonda otherwise. She didn't even look nervous about the fact that Rhonda is getting her memories back. So either she's just really confident or something else is going on here.

Either way, Rhonda know nows the truth about Anika pushing her down the stairs. The only question that remains is, how will she go about getting her revenge? Dun, dun, dunnnn!