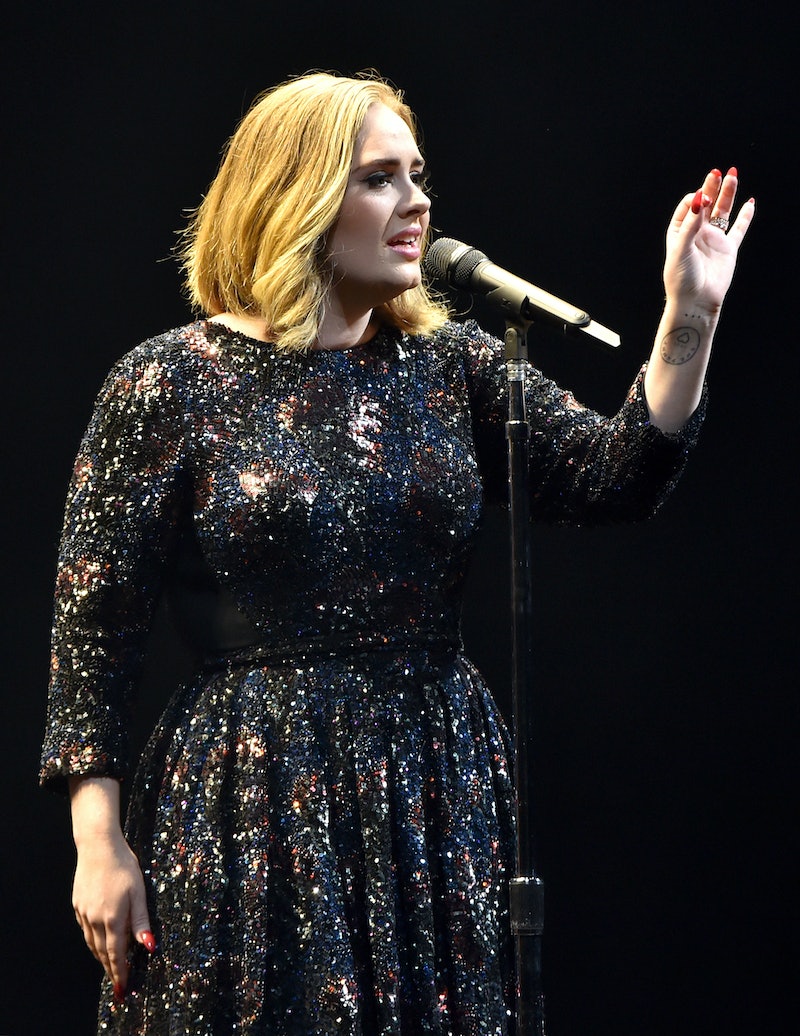 Time and time again, Adele comes through for her fans. I'm not just talking about providing incredible music to play on repeat for hours. She takes things a step further — snapping selfies onstage or assisting in marriage proposals. She's essentially a fairy godmother, who makes fans' dreams come true. On Tuesday night in Denmark, Adele helped a gay couple get engaged — which is sweet, in and of itself. But wait, this news gets even better. According to E! News, she reportedly offered, "Should I be your surrogate if you have children? I'd love to have a baby with someone Swedish." LOL, it sounds like the "Hello" singer is willing to do anything for her fans.

Honestly, I'm curious if they really will take her up on that offer. She has motherly experience with her son Angelo, so she is already pretty much an expert. Either way, this instance continues her trend of making her concert so much more than just a concert. At another show, Adele met her doppelgänger and even took a selfie with her on-stage. Then, she helped two fans get engaged in March after she performed her song "Make You Feel My Love." She's really like a modern-day Cupid, who appears to get so sincerely excited, no matter how many times these romantic gestures happen at her shows.

You can watch the most recent engagement clip below:

It's pretty hilarious that she looks just as shocked as the guy getting proposed to. She seems genuinely emotionally invested in all that's happening right in front of her. She jumps up and down, before giving them gigantic hugs. You can't hear the surrogate comment in the video, but knowing Adele, she totally said it. She doesn't shy away from voicing her feelings.

Once again, the 28-year-old made her concert about more than just music. It's a testament to how much she cares about her fans that she brought them on stage — and even went as far as to offer to carry their child. Now that is dedication.