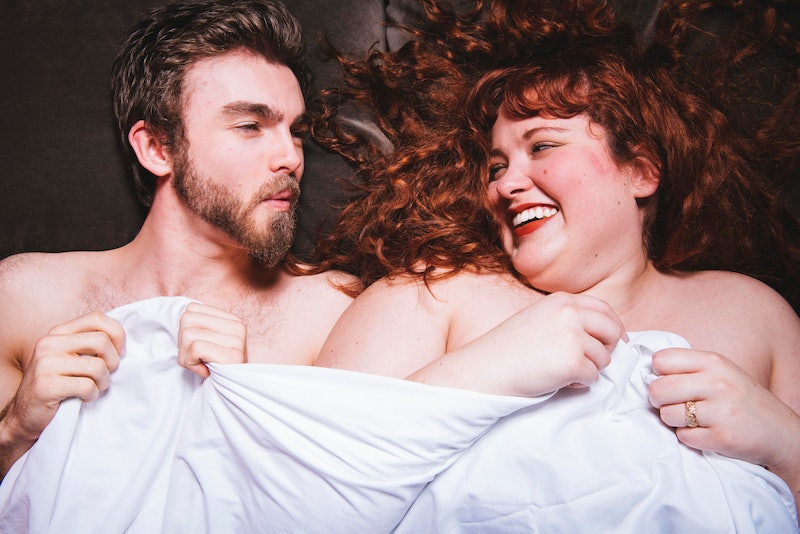 Studies have found that casual sex may be good for you, that is, if you’re into casual sex. And, depending on your take on one-night stands, they can look even more appealing than relationships, because whoever said NSA sex wasn’t awesome? But while some of us may have had our fair share of one-night stands and have openly discussed them — a 2015 survey by Adam & Eve found that 70 percent of Americans have had at least one one-night stand, with the average person having somewhere between two and five one-night stands — there are still some details that we tend to keep to ourselves.

For example, until this very moment, I never told a soul about a one-night stand I had where the guy had me over his knee and spanked me for like 20 minutes… until I fell asleep. We didn’t even have sex, because he just wanted to spank me and I was sleepy and was like, “Yeah, sure. Whatever. I like to be spanked.” I actually didn’t even cop to that one-night stand ever because I didn’t see the point and it was, honestly, an awkward story to share.

If we go by statistics, there’s a good chance you’ve had a one-night stand — or you will. Whether it’s 20 minutes of spanking before you pass out or the fact that you let out one hell of a fart mid-sex, here are seven things movies, TV, and friends fail to mention when they talk about one-night stands.

No one hasn’t had an embarrassing moment during sex at some point. There have been those who have accidentally peed or pooped during sex and, of course, who doesn’t have a story about someone who knows someone who’s the cousin of this guy who once puked during a somewhat intoxicated one-night stand? It happens and yes, it’s embarrassing as hell, but we move on and learn to laugh about it.

Although safe sex is definitely important during one-night stands (among other sexual relationships), plenty people still have been guilty of not practicing it. It’s also something that people rarely admit to, if only to avoid a five-hour-long lecture from friends who care about them and whom they know are completely right in giving them that five-hour-long lecture.

5. The Fact That Feelings Were Born

One-night stands have that name for a very specific reason: It’s supposed to be for one night, and one night only. Although some people end up dating their one-night stand and even marrying them, in many cases, it’s a one-time thing. There are also times that feelings develop. Even if it wasn't your plan all along, these things can happen — you're only human. But it’s also something that people avoid talking about when talking about their one-night stands, especially if it’s likely you will never be seeing that person again.

6. If Someone Fell Asleep

Having fallen asleep while receiving oral with not one, but two partners, is something to which I can admit no problem. In both cases it didn’t suggest their lack of skill, but simply my lack of interest in receiving oral sex and probably too much wine. However, that being said, if I did the same thing during a one-night stand or, even worse, my one-night stand fell asleep on me, I would not be announcing this detail over brunch. Why? Because it’s kind of embarrassing. A one-night stand is supposed to be about sex — not you (or your partner) taking a nap mid-sex. Although I am waiting for the day that someone falls asleep on me as payback for the two times I fell asleep. Karma, man.