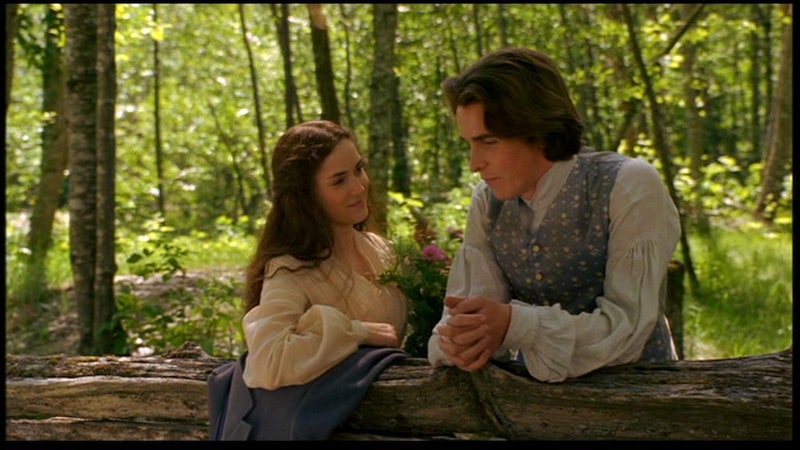 When it came to setting up OKCupid profiles for the sisters in Little Women , I had a fairly strong idea of who would do well. While the dating world was wildly different at the time Little Women was written, the sisters still fall into character types that are recognisable today. Meg is the modest beauty who still struggles to control her jealousy of richer, more glamorous girls, and Amy is the carefully put-together socialite who always plays strictly by the dating rules; in the book, it is these two who get the most male attention, and I assumed that the real world would be no different.

Jo, on the other hand, is portrayed as the tomboy who has no desire for male attention at all — not when there are adventures to be had instead. She is very popular with boys in the book — but generally in a platonic way. And little Beth meets her tragic end (um, spoiler alert) long before she has time to enter the dating scene in the novel — but considering she’s usually too shy to even speak to a boy, I didn’t imagine she would do very well at dating one.

Well, I couldn’t have been more wrong. In the virtual world of OKCupid, Beth was by far the most popular of the sisters. Amy, on the other hand, received barely a second glance from any of the men of OKCupid.

I had to think quite hard about how to portray Meg on the dating site. For the majority of the novel, Meg is very modest and demure — but I couldn’t stop thinking about her very different behaviour at her first party. I have a feeling that if young Meg was introduced to the world of online dating, she might just be tempted to show off her fun and flirty side. So that’s what I went with, and it went down pretty well.

“I’m captivated by your profile.”

“Soooo crazy doll, what crazy stuff do you get up to?”

As I suspected, Meg-the-flirt proved preettyy intriguing to the eligible suitors on OKCupid. Laurie may disapprove of “fuss and feathers” (is this 19th century slut-shaming?), but at Meg’s first party, she was surrounded by adoring gentlemen — so I guessed this tactic would work online as well.

“You seem like a girl that likes adventures, so I will let you in on a little fantasy of mine…”

I won’t print the rest of the message, as things took a rather NSFW turn — but needless to say, this very forward approach would not have gone down well with Meg.

This one was difficult: there’s no way Jo would be caught dead on OKCupid in the first place. Dating is just not a priority for her; she would prefer to be alone with her books. After reading up on Louisa May Alcott, I discovered that Alcott essentially paired Jo off with Professor Bhaer because her publishers demanded that she be married — a fact which made my recent re-reading of the novel a hell of a lot more depressing. (Jo’s vibrant personality all but disappears when she’s married off to the conservative Bhaer; I think Alcott did that on purpose out of spite.)

Forcing Jo onto a dating site didn’t sit well with me when the woman clearly would rather be left alone, so I compromised by marking her as “looking for friendship” only.

“If you could see any five bands, from any era, who would they be?”

A nice friendly question that I can imagine a modern Jo having great fun debating. Nice going, dude of OKCupid.

“You seem like a very adventurous girl… even though you want to be a fella. Embrace your vibrant feminine spirit, because you’re actually a bit of all right.”

UGH. This guy wants to force Jo back into prescribed gender roles, which is not cool.

Oh, sweet little Beth. Every quote I could find from her was about her desire to make others happy. (Putting it that way, I guess I shouldn’t have been so surprised that she was the OKCupid favorite!) I matched it up with a picture of me giving a massage to really drive the whole *subservient* point home — and let the love roll in.

“What’s your favorite song on the piano?”

Beth loved the piano; it was the entire basis for her adorable relationship with old Mr Lawrence next door. Dating would have been a scary scene for poor little Beth, but if she was allowed to talk about her piano, she might just have had the courage to open up.

“Hello, you seem like a lovely one and I’d love to find out more about you…”

Seems harmless, right? Wrong. Introverts will know quite how scary this open-ended type of question can be; Beth would have hated nothing more than being asked to talk about herself. Aaand...swipe left.

I was sure Amy would capture everybody’s attention with the super-intricate hairstyle I chose for my profile picture (Amy would totally spend a lot of time on that, right?) and then capture their hearts with her earnest and open profile. You might accuse Amy of being superficial, after all, but never of being dishonest. OK, she may have been my least favorite of the sisters, but you’ve got to admit her willingness to view every one of life’s moments as a learning journey is such a sweet quality. Unfortunately, the men of OKCupid didn’t seem to see it the same way.

Amy got a measly four messages, and none of them were any longer than a simple “hey there.” Having no luck on OKCupid, Amy would have to resort to stealing one of Jo’s admirers again. (Ohhhh, burnnn.)

The main conclusion seems to be that honesty is not the best OKCupid policy — which is pretty depressing. Amy’s open-hearted attempts to be a better person were nowhere near as popular as Meg’s fake-and-flirty persona — and Jo’s honest admission that she doesn’t identify with traditionally feminine things only prompted a man to try and change her.

Of course, maybe it's not as bad as it sounds. The sisters' approach to dating was formed in a very different time to the one we live in today, and perhaps with a bit of feminist guidance, they might have been able to find dates who better appreciated them for who they really are. If Little Women was set today, Meg would have learned that you can enjoy male attention without having to be quite as passive as a "doll"; Jo would have understood that just because she's a woman, she didn't have to "wear long gowns" — or if she found that she didn't identify as a woman at all, she would have found someone who supported her true gender identity. Amy's admirable attempts to change herself wouldn't have needed to make room for a rich husband; if it's the money for pretty things she desired, her challenge could be to earn her own fortune instead.

And as for sweet little Beth? Well, she'd probably be just as shy — but a 21st century Beth would probably have discovered Twitter along with all the other introverts. She would have stopped "trying not to be a trouble" — and started taking the Internet by storm instead.

So perhaps the world of modern dating isn't so bad. Sure, we have to deal with ghosting and social media stalking and Tinder, and sure, it's still hella sexist out there — but at least we get the chance to break out of the molds that were set for 19th century women like the March sisters. And fingers crossed, it's only gonna get better from here.

More like this
The 20 Best Audiobooks To Fall Asleep To
By Aoife Hanna and K.W. Colyard
Thank U, Ex
By Rosemary Donahue
This Is How Taylor Swift Feels About Joe Alwyn’s Steamy New Series
By Alyssa Lapid
Are Gemini & Capricorn Compatible In A Relationship?
By Kristine Fellizar
Get Even More From Bustle — Sign Up For The Newsletter