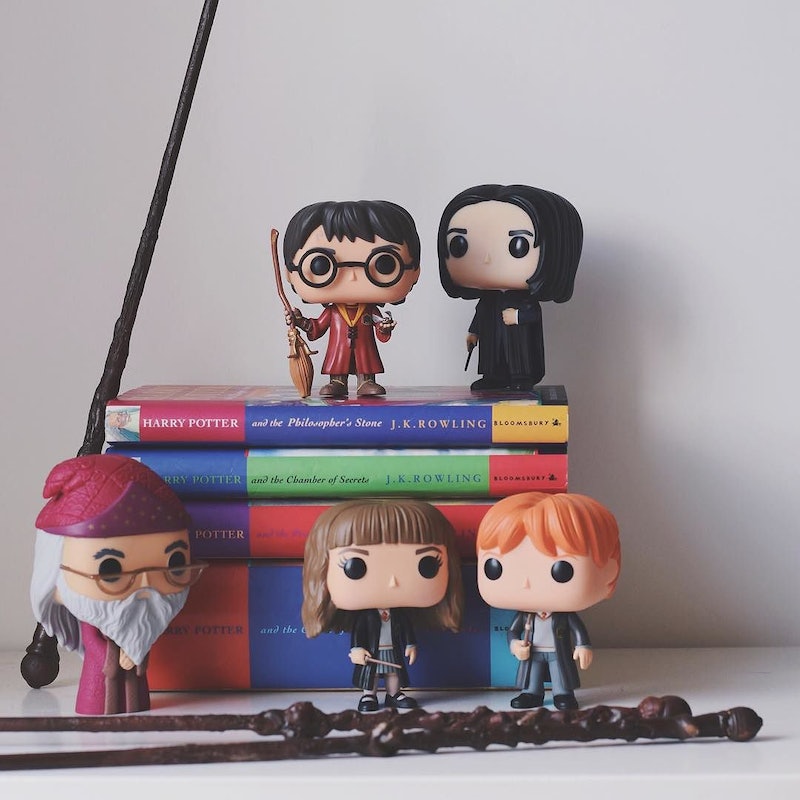 An English headmaster — who is clearly Voldemort in disguise — has urged parents to ban fantasy novels from their children's reading lists, because Harry Potter causes brain damage. Seriously, folks, I can't make this stuff up.

Graeme Whiting is the founder and headmaster of The Acorn School, an alternative education institution in Nailsworth, Gloucestershire. In a March blog post, titled "The Imagination of the Child," Whiting rails against fantasy novels as entertainment for children, calling it a form of "mistreat[ment]" to let kids read them. He accuses publishers of "hid[ing] the sometimes demonic, influential and unacceptable words that may lie within the text" with fancy covers that entice children and parents. From the blog post:

Harry Potter, Lord of the Rings, Game of Thrones, The Hunger Games, and Terry Pratchett, to mention only a few of the modern world’s ‘must-haves’, contain deeply insensitive and addictive material which I am certain encourages difficult behaviour in children; yet they can be bought without a special licence, and can damage the sensitive subconscious brains of young children, many of whom may be added to the current statistics of mentally ill young children.

To suggest that some books should require a "special licence" to buy is ludicrous. Both the American Library Association (ALA) and the Chartered Institute of Library and Information Professionals (CILIP) oppose ratings and restriction measures that would interfere with any person's freedom to read. Even without staunch opposition from librarians, a books rating system would be impossible to enforce, because of the sheer number of titles published each year.

Then, of course, there are Whiting's assertions that fantasy classics from J.R.R. Tolkien and Terry Pratchett, and newer favorites from J.K. Rowling and Suzanne Collins, are "addictive." Isn't that what a good book should be, Headmaster? But then, I suppose someone who "felt that by the age of thirty [he] had read all the books [he] wanted to read" might not understand the page-turning excellence of the titles he disparages.

Whiting's supposed concern for "mentally ill young children" whose "sensitive subconscious brains" might be hurt by reading Harry Potter clearly comes from a place of ignorance, if it's genuine. As a person who has lived with depression and anxiety from childhood, let me tell you: fantasy novels help. Being able to believe in unlikely heroes — such as Hobbits, assistant pig-keepers, boys who lived, and ingenuitive orphans — made me feel better about myself when negative self-talk caught me in an endless spirals.

The headmaster was unwilling to speak to the Gloucester Citizen, and instead referred the newspaper to an Acorn School parent and former teacher, Nikki Ellis, who says that "the darkness of the [Harry Potter] books is so palpable that it wasn't the sort of thing that we would want to expose young children to in their formative years." Ellis admitted to having only read Harry Potter and the Sorcerer's Stone , and said she watched one Harry Potter film, but did not specify which. She also took issue with Rowling's depiction of Muggles:

Harry Potter ... suggests that ordinary people are boring or wrong and only the people who have magic powers are interesting. And right from the beginning the child is orphaned. These things are portrayed in a graphic way.

So what does Whiting suggest that parents let their children read instead of Harry Potter and The Lord of the Rings? The wholesome classics, which are "conducive to their age," of course:

I stand for the old-fashioned values of traditional literature, classical poetry, Wordsworth, Keats, Shelley, Dickens and Shakespeare, and the great writers who will still be read in future years by those children whose parents adopt a protective attitude towards ensuring that dark, demonic literature, carefully sprinkled with ideas of magic, of control and of ghostly and frightening stories that will cause the children who read them to seek for ever more sensational things to add to those they have already been exposed to.

I don't think that Whiting has ever read any of those authors. If he had, he'd know that Wordsworth's Lucy poems are full of dead women, Keats' "Lamia" is all about sex, the Shelleys wrote tales of torture and horror, Dickens' body of work is full of prostitutes and orphans, and Shakespeare covered every graphic and occult theme you can think of. Throw in Paradise Lost and Beowulf and we've got a literary ghosts-and-gore-fest for the ages.