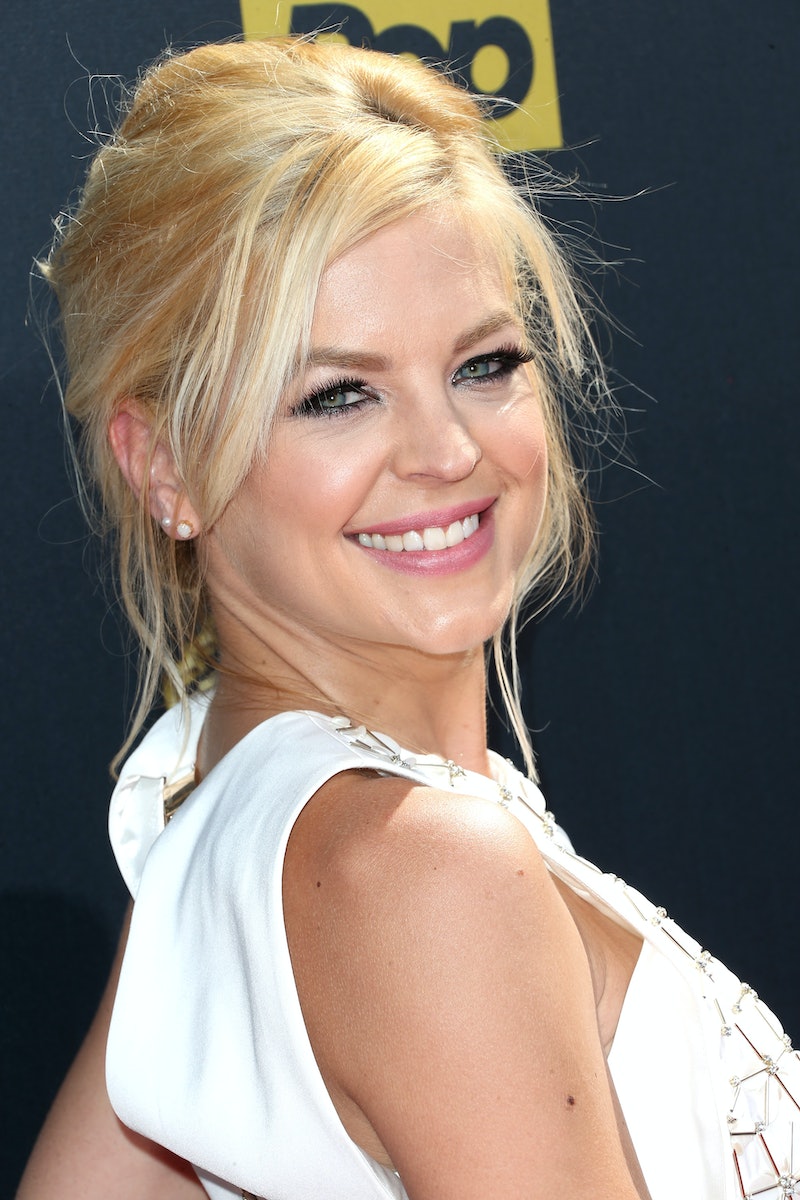 It's been a minute (approximately 17 years worth of minutes) since Zenon made a name for herself in the highly revered Disney Channel Original Movie canon. Zenon: Girl of the 21st Century was an amalgamation of sci-fi fantasy, Proto Zoa concert, and love letter to bright, pleather clothing. But, if there was one thing holding the 21st century all together, it was Zenon. Or, more specifically, the actress behind Zenon, Kirsten Storms. What is Storms up to now? Still saving space stations? After Zenon: The Zequel (brilliant title, by the way) and Zenon: Z3 came out in '01 and '04 respectively, Storms has since fallen off my radar a bit. But that's not to say she hasn't been keeping busy.

As for what Storms is doing now, well, she's still a working actress (not on the Disney channel anymore, unfortunately.) She's also a mother (and no, Greg is not the father.) Just one year after Z3 came out, Storms was cast as Maxie Jones in the long-running soap opera General Hospital. She replaced actress Robyn Richards, who had portrayed Maxie for 11 years. You can still find Storms on General Hospital, and, though she has taken time off since she started in 2005, she's totally killin' it. In 2009, Storms was even given a Daytime Emmy nomination for said role. Major.

In 2011, Storms was on a E! show called Dirty Soap, a docu-series that followed the real lives of soap opera stars Storms, Kelly Monaco, Farah Fath, Nadia Bjorlin, Galen Gering, and John-Paul Lavoisi. In the series, Storms's battle with endometriosis was documented. She left General Hospital in 2011 to address the medical issue and take care of herself. In 2012, she returned to General Hospital.

In 2014, Storms and General Hospital co-star/then husband Brandon Barush had a daughter. Sadly, the couples three year marriage ended in April, but, according to Barush, it was amicable. Barush told Soap Opera Digest, "We have every intention of remaining a family through this and successfully co-parenting our kid and retaining a friendship in the efforts of raising her in a healthy environment." Kudos to that.

As of today, Storms seems to be doing great. She's juggling her role in General Hospital with the role of being a mother to a 2 year old. She had a one episode gig in the TV show Winterthrone last year, but, according to her IMDb page, nothing seems to be in the queue for 2017. Which really one means one thing: Zenon 4 anyone?