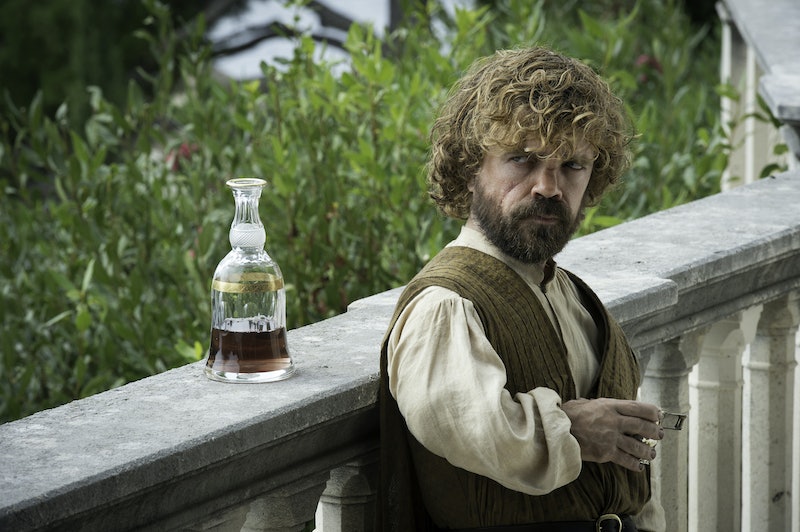 Sunday night's Game of Thrones episode "Home" left viewers with plenty to think about. But believe it or not, Jon Snow's resurrection from the dead wasn't the only noteworthy thing to have happen. (Granted, it was a pretty BIG thing, mind you. But, not the only thing.) I'm referring to the possibility that Tyrion and Jon Snow could both be Targaryens on Game of Thrones . Prior to Jon Snow's big return, Tyrion was shown interacting with Dany's dragons, Rhaegal and Viserion, both of whom were still trapped down in the dungeons. And yet, he was able to tame them with a bit of storytelling and leave their presence completely unharmed. The only person we've seen have that much control over these dangerous creatures is the Mother of Dragons herself, which begs the question... are there more Targaryens still living than meets the eye?

Many viewers are adamant about the R+L=J theory, which suggests that Jon Snow is the illegitimate son of Lyanna Stark (Ned Stark's sister) and Rhaegar Targaryen (Dany's brother). So if we throw Tyrion into the mix and believe that he too is a descendant of the Targaryen bloodline, then that means that Dany, Tyrion, and Jon Snow are all related, therein officially making this family tree even more complicated than anything even Once Upon a Time can dish out.

I'm not saying that's how all of this will definitely play it, but you can't deny that it's a pretty genius theory that could make the quest for the Iron Throne a whole lot more complicated. I wouldn't mind seeing any of these three people rule. What if the endgame is for them to rule it all together? They always say that three heads is better than one, and if these three heads were all working together then Westeros may actually stand a chance after all.

Your move, GoT writers.