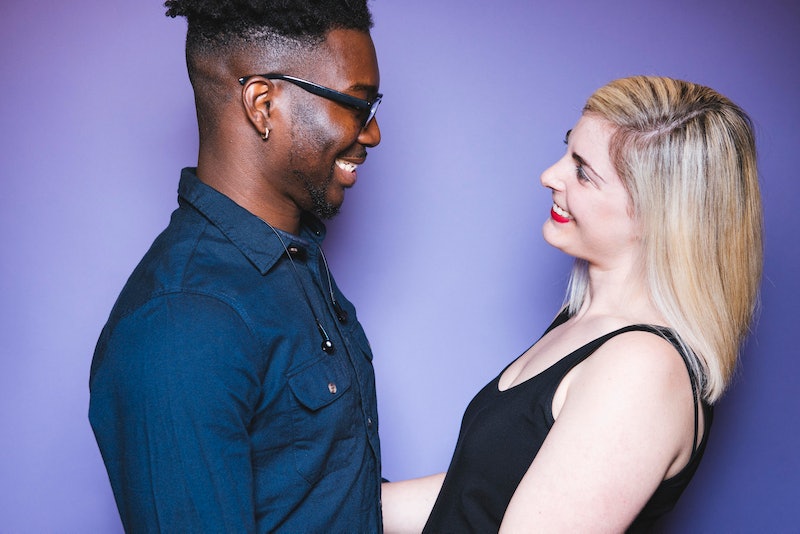 Can you be friends with an ex? It’s a question that has long plagued broken up couples and, sadly, very few have succeeded in pulling it off. But for those who have managed to swing the whole friends with an ex thing, there’s now a psychological reason why they’ve been able to do so: Their personality type.

According to the recent study by psychologists at Oakland University, the reason that some couples are able to maintain a friendship after breaking up and some aren’t is a matter of needs. In the case of couples who can stay friends, it’s a trade of “desirable resources,” such as money, sex, or information. The study analyzed the responses of over 860 people in regards to being friends with an ex and found that those with manipulative personality traits, especially those of narcissism, psychopathy, and Machiavellian instincts, aka the Dark Triad, could keep a friendship alive after the relationship had come to an end. But not all psychologists agree.

Janna Koretz, Psy.D tells Bustle, “I think what is more to be true is that there are a variety of factors that promote individuals to stay in touch with their partners.”

So, aside from being a narcissist, what are those factors? Here are six of them. But first, check out the latest episode of Bustle's Sex and Relationships podcast, I Want It That Way:

According to the study, one of the reasons someone might stay friends with an ex is sexual access. It was those people who scored highly on the spectrum of dark personality traits who were more likely to keep an ex around just in the hopes of being able to have sex with them again.

Another reason why couples might keep the friendship part of the relationship going, according to Koretz, can be based on their previous relationships. Depending on how things ended or worked out in those cases, it can definitely be a deciding factor in whether or not a couple stays friends after the fact.

In terms of the dark personality traits, some people remain friends simply because it’s practical. While it may not score highly as being a practical decision for everyone, for those with who have the dark triad of personality traits, it makes perfect sense to them. You know, because they can use it to their advantage.

Koretz says that emotional characteristics, such as mood and anxiety, can also play a role in whether two people decide to stay friends after the end of a relationship. Although I imagine one would have to be in pretty good mood to try to make the friendship end of things happen.

Just because the couple couldn’t make it work, doesn’t mean that sentimental attachment immediately goes out the window. As the study found, keeping a friendship after a relationship could have to do with attachment to each other, in addition to feelings of trust and reliability.

Although Koretz agrees that personality traits do play a role in whether or not people stay friends after a breakup, she said that other factors are more important. “Life circumstances are also relevant, such as financial status, whether someone is new to a geographic location, and other life stressors such as a new job,” she says. Just because the relationship ends, it doesn’t necessarily mean the emotional support factor has to end, too.