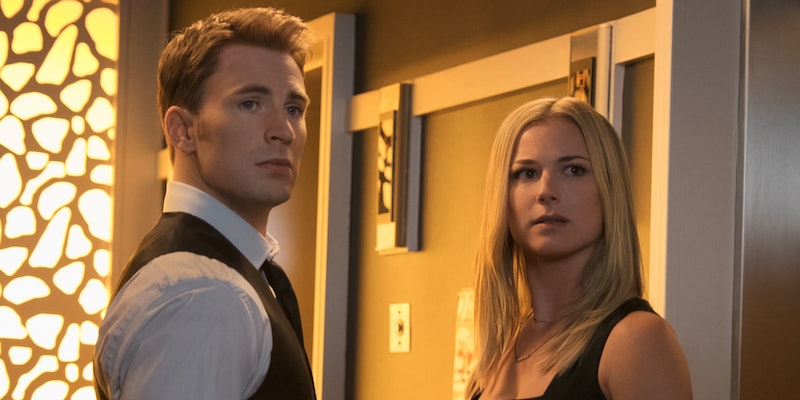 If there's one thing Marvel Studios is known for, besides basically inventing the concept of an interconnected cinematic universe and raising the bar for superhero movies to an insanely high level, it's the subtle comic book references they slip into their movies. Fans know these shout outs as Easter eggs, since they often have to be hunted for, and Captain America: Civil War is practically overflowing with them. But there is at least one supremely clever Marvel Easter egg in Civil War you probably missed.

While some of the film's references are obvious to most fans, like the iconic image of Cap holding up his shield to deflect Iron Man's repulsor blast; or Falcon referring to his drone as, "Redwing", the name of his actual avian partner from the comics, others aren't so easy to recognize. One of the more sly references takes a page out of the Civil War comic book — literally. In the scene to which I am referring, a speech that Captain America gives to Spider-Man in the comic is recited in the film, but not by Cap. Instead, the speech is spoken almost word for word by Sharon Carter at the funeral of her aunt, Peggy Carter, to whom she attributes the speech. Here's the text of the original speech from the comic:

In the comic, the speech serves as a pep talk to Spidey as he's waffling over whether he should be on Team Iron Man or Team Cap. In the film, it instead serves to inspire Cap himself when he is having a difficult time sticking to his guns on the Sokovia Accords issue. When Peggy dies, Cap is more or less on his own against the other Avengers when it comes to signing the Accords. You can see him starting to break just a bit, but then hearing Peggy's words about standing by your beliefs and refusing to give up when you know in your heart that you're in the right, it instills in him the belief that he's on the correct path, and he never wavers from that point on.

It's very possible that without hearing this speech, Captain America would have signed the Accords and there would have been no Civil War. But by doing so, he wouldn't have been true to himself, and likely would have regretted his decision. So although you may have missed the comics connection of this speech, the impact this Easter egg had on the film was unmistakable.