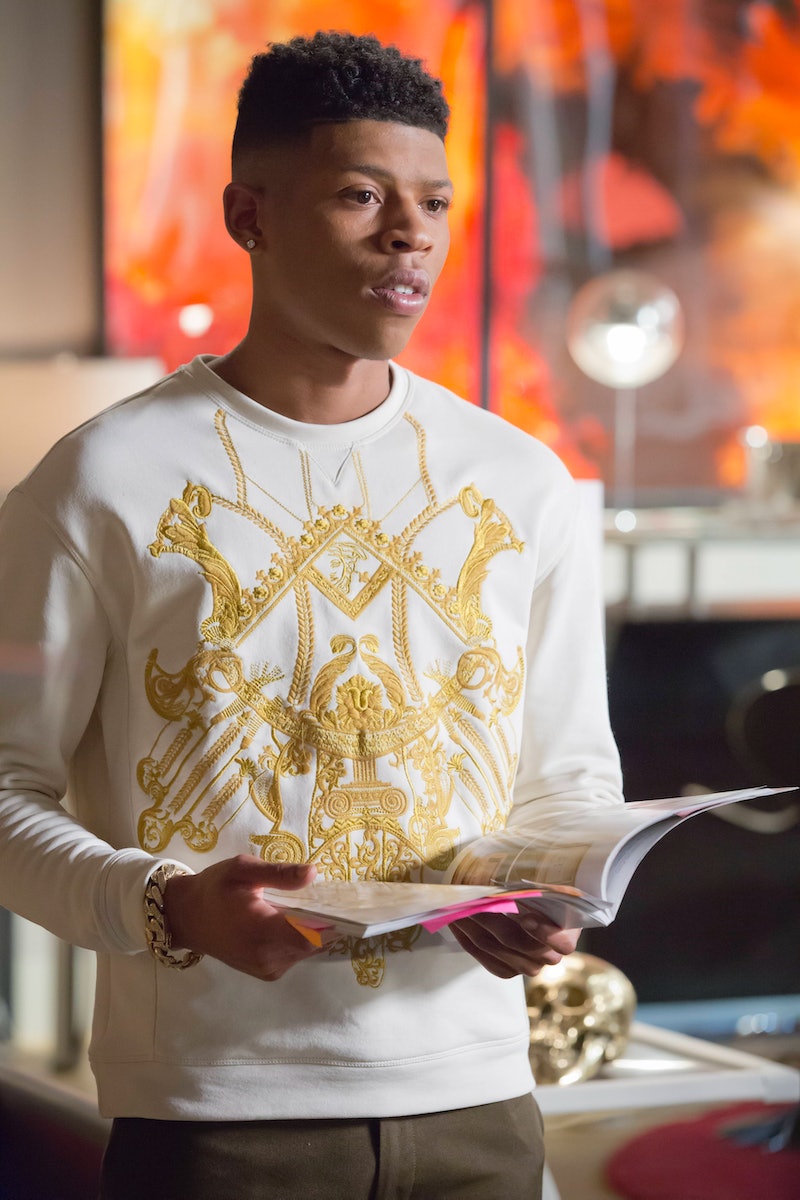 Empire promos have been promising for a few weeks now that a Lyon family member will fall by season's end, and now that the finale is only a week away, our stress levels are starting to reach an all-time high. It seems like someone will die on Empire Season 2... it's only a question of who that someone will be. Lucious feels like an obvious choice, considering that he's made more than his fair share of enemies throughout the years. And according to Wednesday night's episode synopsis, "Cookie finally lets Jamal in on the truth about what happened to Freda's father, prompting him to warn Freda about his family's ulterior motives." Obviously this news won't sit well with Freda and will probably be the catalyst that sets this death plot line in motion. But even if he is indeed the intended target, I think Hakeem will be the one to die.

Believe me when I say that this prediction is not an easy one for me to make. Hakeem has always been one of my favorite characters and I hate the idea of him no longer being part of the series. However, I can't deny that his demise isn't out of the realm of possibility. For starters, the synopsis also states that "a sacrifice is made on behalf of Lucious." I very much doubt that the person behind this sacrifice is Jamal, considering he'll be the one to inform Freda about Lucious killing her father. Hakeem, on the other hand, is a whole different story.

We've seen the youngest Lyon son step up to the throne this season and truly blossom as a leader. And despite the animosity that occurred between him and Lucious, he still always proved to be the betterment of his family first. That could end up including sacrificing his own life for Lucious. Or, like I mentioned before, the killer may have meant to take out Lucious, but accidentally hit Hakeem instead. The promo seems to indicate that the deadly moment will come at the ASA awards, which every Lyon family member is bound to attend, and I just have this gut feeling that Hakeem will end up on the receiving end of that bullet.

On the other hand, there's just as much of a chance that Hakeem would be the intended target. We don't know how Freda is going to react to this information, but she may feel like it would be better to see Lucious suffer the loss of his own kin rather than kill him directly. Jamal may be exempt from her wrath due to his proven loyalty to Freda by divulging the information. The same may not be said to Hakeem, who's also had direct contact with her this season.

Then, of course, there's the possibility that Freda won't have anything to do with the death storyline. Maybe she would opt not to take such a bloody approach and simply try to undermine Lucious in a different way. Regardless, I'm still concerned for Hakeem's safety. He's about to become a father; he's engaged to be married; his music career is booming. Something's gotta give, but if there's one thing we know about Empire it's that wherever happiness goes, destruction and drama is sure to follow.