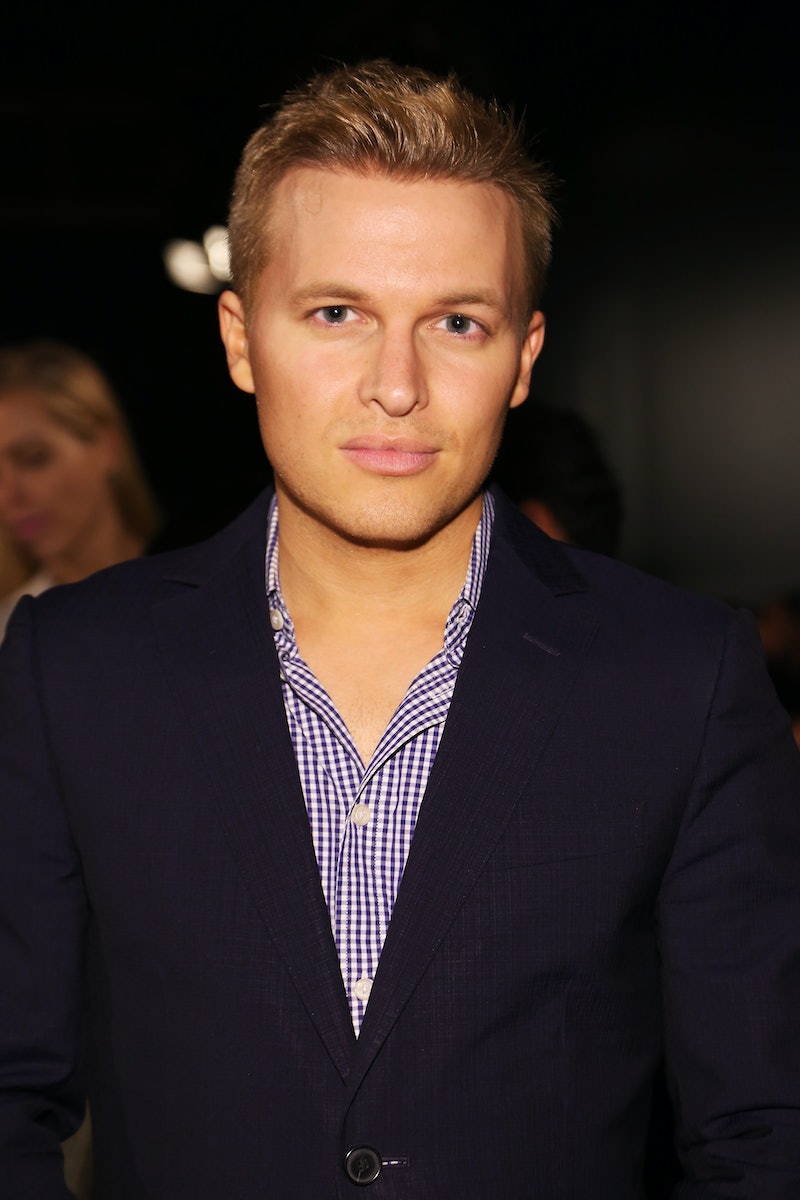 With the release of his new movie Café Society, Woody Allen is making headlines. But not all of them are related to the Cannes Film Festival. Instead, Allen's son Ronan Farrow is speaking out about his sister Dylan Farrow's sexual abuse allegations against their father. (Allen has adamantly denied these claims.) Coinciding with the timing of the movie premiere, Farrow wrote a column for The Hollywood Reporter and stood by his sister, essentially calling into question why Dylan's words haven't been taken more seriously. While I'm glad Farrow's essay is being shared so widely, there's something else that needs to be addressed: He's right that such allegations shouldn't be swept under the rug, but in writing about how women's voices aren't taken as seriously as men's, he inadvertently proves that point. Update: Allen responded to Farrow's essay telling Vanity Fair, "I said everything I had to say about that whole issue in The New York Times. I have moved so far past it. I never think about it. I work. I said I was never going to comment on it again. I said everything I have to say about it."

Earlier: Why is it that it took Farrow writing an article for people to pay attention to the allegations again? Had everyone forgotten the accusations that both Dylan and her mother Mia had made? Unfortunately, this highlights a pattern in Hollywood regarding the voices of female victims; they tend to get drowned out or pushed to the back burner. In his essay, Farrow writes,

Very often, women with allegations do not or cannot bring charges. Very often, those who do come forward pay dearly, facing off against a justice system and a culture designed to take them to pieces. A reporter's role isn't to carry water for those women. But it is our obligation to include the facts, and to take them seriously. Sometimes, we're the only ones who can play that role.

He's not wrong in that statement. Sometimes it takes others standing up and corroborating another's stories before others listen up. But it is a shame that the initial accuser isn't always taken seriously — just look at how Dylan was accused of wanting attention. Instead of questioning Allen in this instance, it was Dylan's credibility that came under fire.

In his article, Farrow goes on to acknowledge the comparison between the "painful chapter in [his] own family's history" and the more approximately 60 women who have come forward with sexual abuse allegations against comedian Bill Cosby. (Cosby and his lawyer have adamantly denied these claims.) Farrow writes, "It was shortly before the Cosby story exploded anew that my sister Dylan Farrow wrote about her own experiences — alleging that our father, Woody Allen ... sexually assaulted her when she was 7 years old." There's certainly a similarity — two prominent figures in Hollywood being plagued by decade-old allegations, and still, these claims not being enough to truly impact their reputations. In both cases, there are major stars still working with Allen or other celebs defending Cosby's name (or at least they did initially).

Interestingly enough, there's another connection here — while the allegations against Cosby had been swirling around since the early 2000s, it wasn't until Hannibal Buress mentioned them in a 2014 stand-up routine that the claims were taken seriously. Before that, Andrea Constand's 2005 lawsuit against Cosby didn't stir a noteworthy uproar, despite the fact that 10 other women came forward at the time. That joke that Tina Fey and Amy Poehler made on Saturday Night Live's Weekend Update in 2005? Or the one Fey wrote into a 30 Rock episode in 2009? They didn't draw as much attention as Buress' comment. Former Playboy bunny Victoria Valentino, one of Cosby's accusers, told New York Mag, "A woman can not be believed for 30 years? But it takes one man?" It took nearly a decade of women speaking out about Cosby before anyone truly listened — and it was a male voice that finally resonated.

Both Dylan and her mother Mia Farrow have spoken out against Allen, but the news was brushed to the side soon after. Allen continued making movies and garnering press, as if the allegations were no big deal. Yet suddenly, Farrow brings the topic back up and everyone's eyes open once again. Even the 28-year-old admits in his essay that he backed away from the backlash at first, not wanting it to influence his own career. He knew the reverberations of lending his voice to such a major issue and notes that he commented on the story with just a tweet here and there. But fortunately, in this new essay, Farrow makes a powerful statement: "I believe my sister." It's simple and he's says much more than this in his piece, but there's power in saying you believe an alleged victim's story because so often their stories are questioned or not fully heard.

Of course, it's not Farrow's fault that society tends to listen more closely when men speak up. And I certainly applaud him for speaking up. I just can't do so without also acknowledging that the downside here is the disheartening pattern of the voices of women who claim to be victims not being taken as seriously as they can and should be. It's time for those voices to stand on their own, no matter how grateful we all are when people like Farrow & Buress lend a hand.