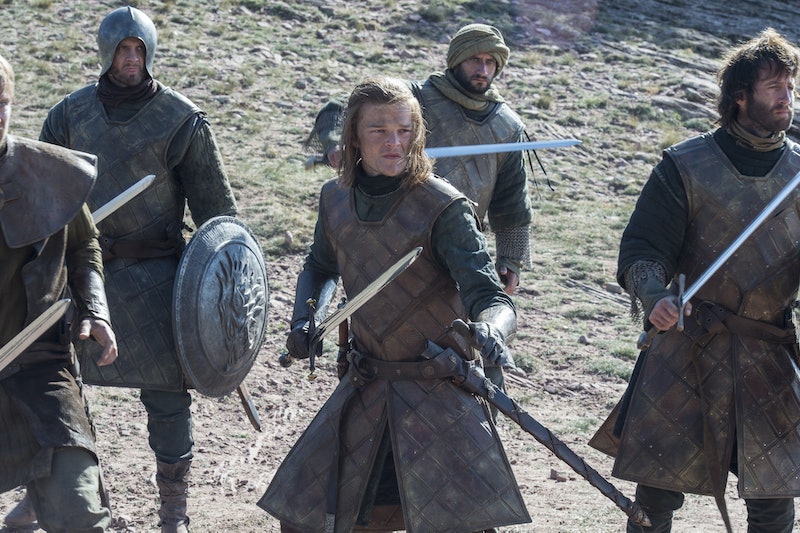 Game of Thrones superfans are getting closer and closer to the edge of their seats every week as the show continues to hint at one of the most popular Game of Thrones fan theories being revealed to have been truth all along. No, not the theory that Varys is a Mermaid, but the fan theory to end all fan theories: R + L = J. Fans of the theory got a little more to chew on last Sunday as they got a glimpse at the Tower of Joy, a location that in the book is central to the confirmation of R + L = J. But what if R + L = J isn't true? What if it is just a fan theory? What else could the Tower of Joy scene possibly mean for the series?

The Tower of Joy scene in the show is a crucial scene for Bran's understanding of his father. Bran, and fans, learned that the famous attempt of Ned and his men to try and retrieve Lyanna from the Tower of Joy didn't go as everyone thinks it did. Ned Stark did not land a fantastic finishing blow against the legendary swordsman Arthur Dayne — Dayne was stabbed in the back by Stark's fellow Northman Howland Reed. The scene served to teach Bran that to survive, one must not get too hung up on matters of honor. Then at the end of the scene, Ned heard Lyanna's cries and ran up to the Tower of Joy... and then the Three-Eyed Raven took Bran back. The Three-Eyed Raven implied that he and Bran would be revisiting the scene, but what if something else could be going on in the Tower of Joy that isn't the cornerstone of the R + L = J theory?

Honestly, I think there's almost nothing else it could be. The show would have to include a massive, out of left field twist to carry the impact that the confirmation of R + L = J would have. If the show visits Ned inside the Tower of Joy, fans will see what was described in the books as a "bed of blood," and Ned making some kind of promise to Lyanna. Not much is known about Lyanna in the show, and whatever the secret that Lyanna asks Ned to keep is, it's being so heavily built up that if it isn't R + L = J, it's inevitably going to disappoint hardcore fans and casual viewers alike. Many fans believe that the secret promise Ned makes is to raise the child of Lyanna and Rhaegar Targaryen that she gave birth to (bed of blood, wink wink) and died after birthing.

While the Tower of Joy is also serving useful for providing some flashbacks for the show and educating Bran about the history of the Stark family, it's not clear what point all of this has unless it's all to reveal that Rheagar + Lyanna = Jon Snow. The Tower of Joy only appears once in the book, at no other point is it referred to as having a deeper purpose or meaning. Unless Lyanna's promise is for Ned to hide a dragon egg somewhere or not tell anyone about Varys being a mermaid, expect R + L = J to be confirmed at the Tower of Joy in an upcoming flashback.