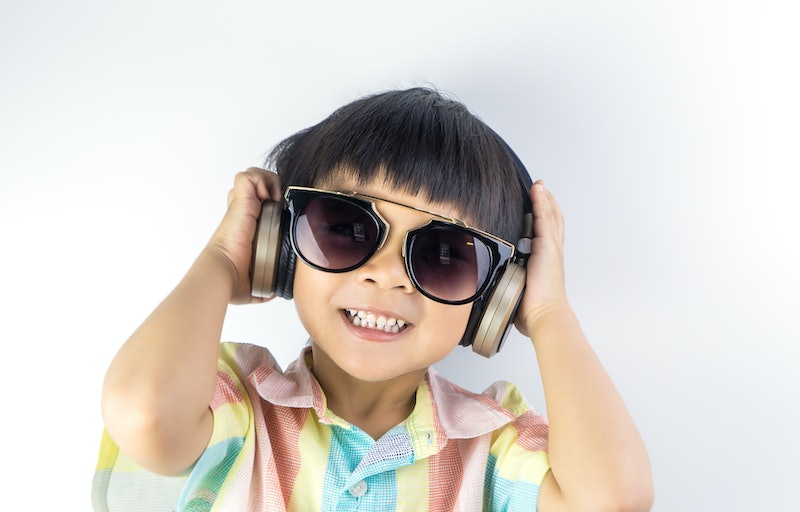 Music makes the world go round, heavily influencing so many of our lives. It makes us smile when we're feeling blue and gives us strength in moments of weakness, so it comes as no surprise that parents might turn to their favorite musical talents when thinking of baby names; furthermore, in this day and age, more and more parents-to-be are in the mood to defy gender norms. All it takes is a little brainstorming and creativity to come up with the perfect musical gender neutral baby names if you're a parent who loves to jam. While some names have already been accepted as appropriate for both boys and girls, today's younger parents are getting especially brave and turning to a bunch of new monikers, all of which are incredibly cool-sounding.

The country's most popular baby names are so greatly shaped by celebrities, athletes, and other notable figures that we see in the media and look up to. I remember when Tom Cruise and Katie Holmes named their daughter Suri — I ran into more than a couple Suris after that. It's the same reason why the Twilight craze led to who knows how many daughters named Bella (which I still think is beautiful). If you want your little one to have a name that means something special and reflects an important part of your life, start with these gender neutral names inspired by someone in the music industry.

Bob Marley lives on in his infamous lyrics and unforgettable melodies, and hey, good news for all parents: Whether you have a son, a daughter, or a gender non-conforming child, the name Marley is good regardless. In Old English, Marley means "pleasant wood."

The spelling varies, and singer and American Idol alum Jordin Sparks has her own unique approach. The traditional Hebrew "Jordan" comes from the river that flows between Jordan and Israel and means "descend" or "flow down."

Maxwell (real name Gerald Maxwell Rivera) has won over millions with his smooth voice. Songstress Jessica Simpson showed it was a fitting name for her daughter, born in 2012. I actually thought Maxwell was a woman when I fell in love with "This Woman's Work." The name is of Scottish origin and means "great stream."

It's taken me a really long time to get here, but I can finally admit it: I like Taylor Swift. This name is more commonly gender neutral and comes from an English surname denoting someone who was a tailor.

Yes. Yes I do, Noah. "Achy Breaky Heart" singer Billy Ray Cyrus named one of his daughters Noah, proving that the name isn't just for dudes on arks and Ryan Gosling. The name means "repose" or "consolation."

River Phoenix was one heck of a musician and actor. Maybe that's what Kelly Clarkson was thinking when she gave the name to her adorable daughter. The name is derived from an actual river or large creek.

All I think of when I hear this name is "Hey Jude" from the Beatles, one of the greatest bands of all time. (Don't argue me on this.) And the name is absolutely gender neutral — just ask Martha Stewart's granddaughter. Jude is a variation of the Hebrew Judah, meaning "praise" or "the praised one."

Ashley Purdy (totally a dude) is the bassist for the rock band Black Veil Brides. In fact, the name used to be more common for men! It's still gender neutral today and means "lives in the ash tree grove."

There are so many spellings, including Gerry (typically for a man). Other singers include Jerry Lee Lewis (Jerry being Hebrew for "exalted of the Lord") and guitarist Jerry Reed. Then there's Geri Halliwell from the Spice Girls.

Believe or not, Ryan is gender neutral, as we earlier learned from Ryan Starr when she appeared on American Idol in its first season. The name is of Irish origins and was derived from the phrase "descendant of the little king."