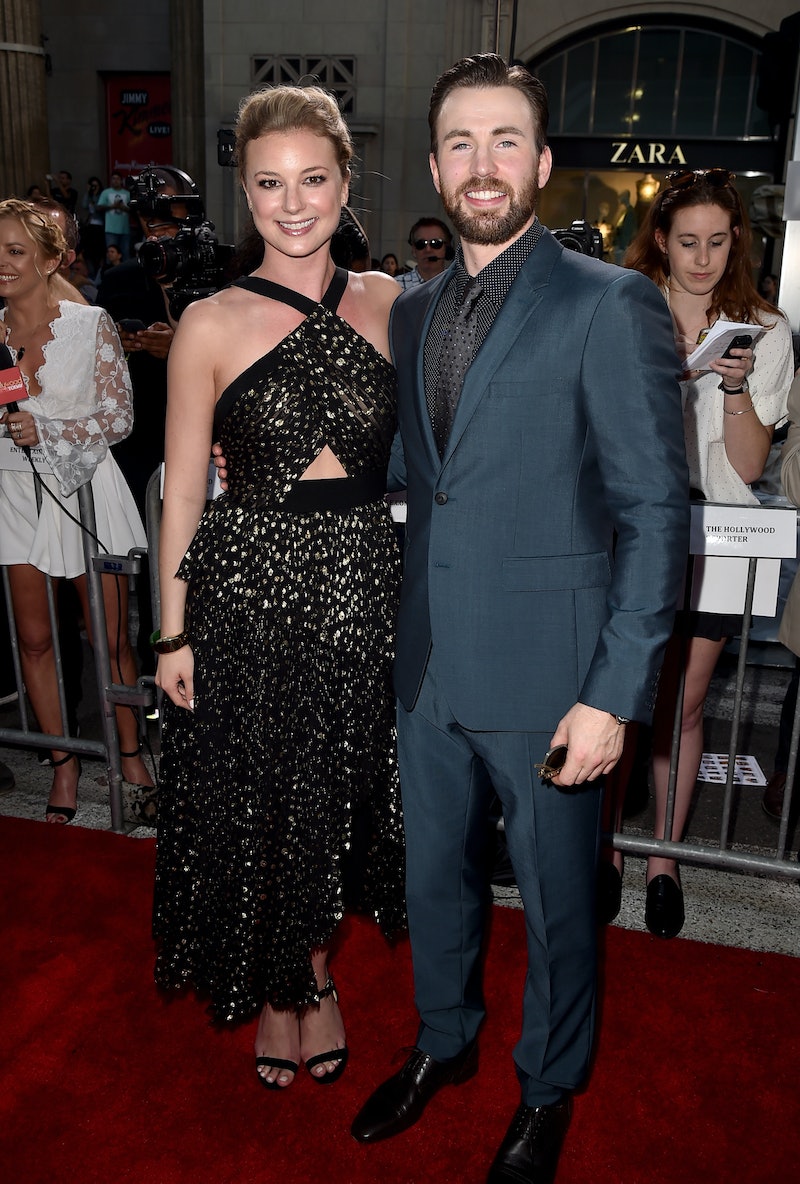 As the successful first week of Chelsea Handler's new Netflix series came to a close on May 13, the cast of Captain America: Civil War appeared on Chelsea. Keeping with the show's emerging pattern of discussing important issues between laughs, Handler and the cast members spoke candidly about inequality in Hollywood — when it comes both race and gender. Inequality in the industry has been a hot topic of conversation over the past year, with actors speaking out against the gender wage gap and protesting the lack of diversity among Oscar nominees. Handler started and ended the show by interviewing Chadwick Boseman, who plays the superhero Black Panther in Civil War.

Boseman is thrilled that little kids, both black and white, are excited about his role — and, in case you missed this amazing news, Boseman's own movie, Black Panther , is slated for release in 2018. He told Handler that he considers the film a positive step in the right direction. "[Right now] it's unfair for women and anyone that's not white in Hollywood," Boseman said, adding that he hopes Black Panther will mark a shift and be instrumental in changing the way women and minorities are represented onscreen.

The conversation at Handler's lively dinner party with Boseman's Civil War co-stars Frank Grillo, Emily VanCamp, Chris Evans, and Sebastian Stan predictably covered a wide range of topics — but the group candidly discussed inequality in the industry. Often, whenever female actors address the wage gap, they tend to be met with backlash that they shouldn't be complaining because they're making the big bucks. (Never mind the fact that Jennifer Lawrence and other actors have taken great pains to make clear that they're not crying poverty — they just want to be paid fairly.)

While VanCamp emphasized the importance of not shutting down the equal pay conversation, Evans was quick to point out that men should care, too, and be allies to their co-stars. He described being a man in Hollywood as a "radically different landscape" and not just because of the salaries — Evans frequently looks at projects and sees "there's probably about nine guy roles and one girl role. So, even before you get to the point of money there's already an issue going on." He's absolutely right — in the top-grossing films of 2014, one study found that just 12 percent featured a female protagonist, as reported by Variety.

While many people may be quick to dismiss the concerns of well-compensated actors, these conversations are so important because they bring attention to an issue that's present in nearly every industry. Most workers don't have a national platform or a megaphone to address the gender and racial discrimination in their field — so the actors who publicly stand up for their rights deserve to be applauded, not ridiculed. To say that simply because a woman brings home a hefty paycheck means she should be grateful and shut up about the wage gap sends a horrible message to everyone. And, as Evans and Boseman pointed out, it's equally troubling that women and non-white actors are underrepresented on screen (or relegated to minor roles). People absorb what they see onscreen, and this imbalance sends the message that white males are the most important members of society. It's time for that to change, and I am glad to see these actors stepping up to try to help that happen.

More like this
A 'Bridgerton' Star Just Dropped A Major Hint About Joining The Live-Action Barbie Cast
By Bustle UK
'Doctor Who’s New Star Is Already Huge On TikTok
By Maxine Harrison
What’s New On Netflix: A Victoria Justice Rom-Com & The Return Of David Letterman
By Arya Roshanian
What Does Michael Peterson’s Family Think Of 'The Staircase'?
By Arya Roshanian
Get Even More From Bustle — Sign Up For The Newsletter