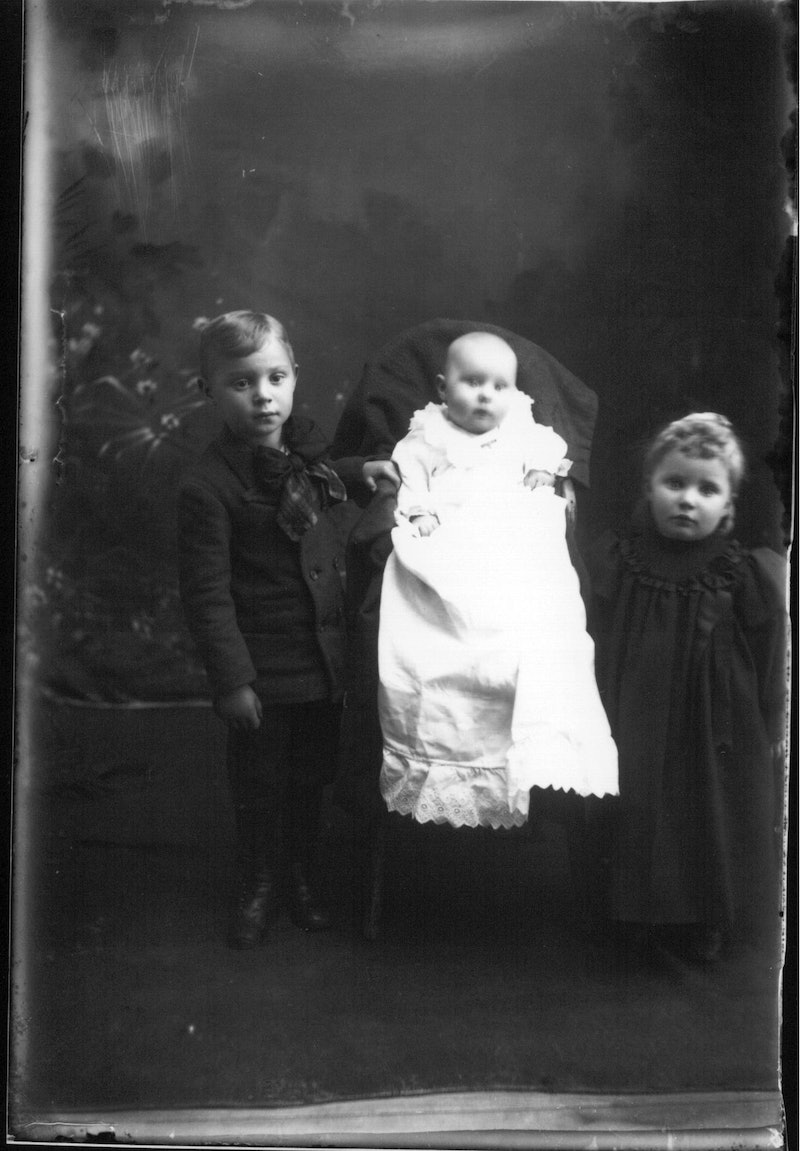 I’m a big fan of both gender neutral names and historically inspired ones, so it’s perhaps unsurprising that I had a blast researching this list of gender neutral baby names from history. I mean, we probably all enjoy looking up what other notable people have carried our own names in generations gone by; I just also happen to enjoy looking up what notable people have carried other names in generations gone by, too. It might be kind of a weird hobby, but what can I say? Names are cool. And they’re always super interesting.

What I think I find most fascinating about gender neutral names is that they typically start out as being considered a traditionally “male” or “female” name — or, alternative, considered not a given name at all, but rather a surname. Then, as people start to get more daring and creative with how they name their offspring, these monikers begin to drift away from the gender binary, becoming not “names for boys” or “names for girls,” but just simply, “names.” In fact. I would argue that the way names evolve over time is proof positive that gender is a construct, not an indisputable fact: Depending on which era in history we’re looking at, the same name might be perceived as a “boy name,” a “girl name,” or both, or even neither, showing pretty clearly that names don’t just innately have genders. We’re the ones ascribing genders to them.

Of course, the 10 names seen here are just scratching the surface of all the historically-inspired gender neutral names there are to choose from — and hey, there’s nothing that says you can’t take a name we currently don’t view as gender neutral and use it that way anyway. Buck the trends; name your kids what you like.

Although “Alexis” has long been considered largely a male name — a Greek comic poet who lived a whopping 100 years between 375 and 275 B.C.E. bore the name, for example, and of course so did an impressive number of the male Romanovs in Russian history — it started to gain steam as a girl’s name in the 1940s. We have actress Margaret Alexis Fitzsimmons Smith to thank for that; she worked under the name Alexis Smith. “Alexis” means “defender of mankind.”

Or “Skyler” or “Skylar,” if you prefer. Schuyler Wheeler invented the electric fan in 1882, so those of us who have ever lived in places without air conditioning (which, I’m willing to bet, is a lot of us) definitely owe him a debt of thanks. A Dutch name, it means “scholar.”

The name “Loren” has belonged to countless notable people in history: Astronauts (Loren Shriver, Loren Acton), writers (Loren Pope, Loren Eiseley, seen here), politicians (Loren W. Collins, Loren B. Sessions), and more. It originates from the Latin; “Laurentium” means “the place of the laurel trees.” For girls, it’s a less common alternative to “Lauren,” and for boys, it can be used instead of “Lawrence.” It also bears some phonetic similarities to “Lorne.”

Although it’s frequently a surname — indeed, its first recorded use as such dates back to 1202 — “Ellis” has also been seen throughout history as a given name. It’s true that in the United States, it’s historically been more commonly used as a boys’ name (it was intensely popular between 1900 and 1950, according to the Social Security Administration, and began to see a resurgence in 2015); however, it definitely works as s girls’ name, as well. A variant of “Elijah,” it means “the Lord is my God”; notable namesakes include Constance Ellis, who in 1903 became the first woman to graduate from the University of Melbourne as a Doctor of Medicine.

You can always make “Noel” a tad more feminine by spelling it “Noelle” if you like, but “Noel” works just fine as a gender neutral name all on its own. In my head, “Noel” is always followed by “Coward” (seen here), as in Blithe Spirit, but there’s also Noel Dyson, Noel Neill, Noel Streatfeild… come to think of it, an awful lot of creative people throughout history have been named “Noel,” and that’s pretty rad. Technically the name means “Christmas,” so do with that what you will.

I’m playing a little fast and loose here, but the fact that the name “Frankie” even allows us to do that in the first place is one of the reasons I like it so much. "Frankie" can be short for anything from Francis or Frances to Franklin or Francine; however, it’s also become a given name in its own right over time. A small selection of the historic figures you might use as your inspiration for the name include Francis Bacon, Franklin D. Roosevelt, every single person of the nobility who has even borne the name Francis or Frances (and there are a lot of them), and Frances Hodgson Burnett (shoutout to The Secret Garden and A Little Princess). Generally speaking, “Frankie” means “free one.”

The historic inspiration here is of course the Kennedy family — but “Kennedy” as both a given name and a surname actually has a long, long history; it’s an Anglicized version of the Irish name Cinnéidigh. Somewhat hilariously, it’s thought to mean something akin to “helmet-head” —it derives from the words “ceann,” meaning “head,” and “éide,” meaning “armor."

OK, so “Morgan” might be more mythological than historical — the first Morgan that always comes to mind for me is Morgan le Fay of Arthurian legend — but since it’s possible that Arthur did actually exist, I’m going to cheat a little and include it here. I mean, hey, it has also belonged to plenty of other people throughout history, including Morgan Earp (Wyatt’s brother). It means “circling sea” in Welsh.

One of King Lear’s daughters and also, when spelled with an additional A, the name of a certain President of the United States, “Regan” has been a gender neutral name for literal centuries. It means “nobility,” which is somewhat unsurprising when you consider the many people who have carried it over the years. I’m not sure how you feel about naming your kid after either a Shakespearean villain or Ronald or Nancy Reagan, but hey, if you don’t mind, you do you.

We think of Kelly as being a predominantly male name these days, but it’s been gender neutral for ages. Kelly Miller, for example, was born in South Carolina in 1863; a brilliant mathematician and scientist, he was also the first black man ever to attend Johns Hopkins University. Irish in origin, the name means “warrior” or “bright minded.” (Fitting for a mathematician.)