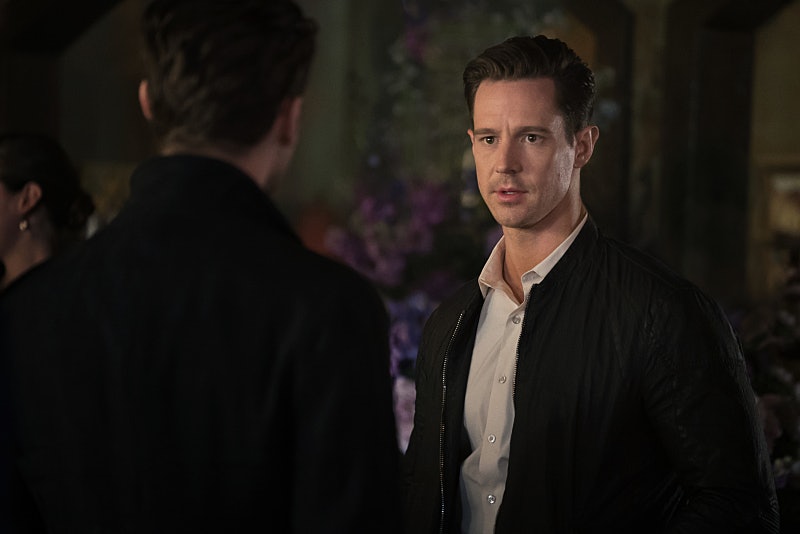 While Marcel kept Elijah and Klaus busy on The Originals, Detective Kinney showed up at Cami's wake and demanded answers from Vincent in "Give 'Em Hell Kid." Fans will remember how Kinney stumbled into the vampire underworld of New Orleans earlier in the season, only to be compelled to hate himself and then compelled to forget everything. For some reason, Cami's death awakens certain curiosities in him and sends him looking for answers. Seeing an opportunity to have the law on his side, Vincent decides to let Kinney in on the real magic of New Orleans and, with Detective Kinney's help, Vincent, Kol and Davina took down the Ancestors on The Originals .

Ever since the Ancestors manipulated Vincent into creating Lucien's serum, he has been trying to find a way to disrupt the Ancestors' power. Now that they succeeded in killing Davina, Vincent is more determined than ever, and he's got Kol and Josh on his side. With help from Kinney, Vincent was able to retrieve a dark magic object from his old house. The silver sphere made by his ex-wife has the power to, essentially, cut off the Ancestors' connection to the world of the living. The only problem is that, for it to work, Vincent has to die to get it to the other side.

Kol and Vincent both ended up going to the other side with the weapon. Kol had been driven there by Davina — despite being sentenced to a fate worse than death by the Ancestors, pieces of her soul remain tied to those she loves. She met Kol and Vincent on the other side and took over the spell to ensure that they would make it out alive. And, she succeeded.

The Ancestors no longer have a connection to the land of the living, which means that they won't be able to control witches in New Orleans. It's unclear what this means for Vincent and other witches like him, who drew power from the Ancestors. It does, however, mean that Freya won't be able to channel power form the Ancestors to defeat Marcel, as she did with Lucien. Marcel might just be invincible.