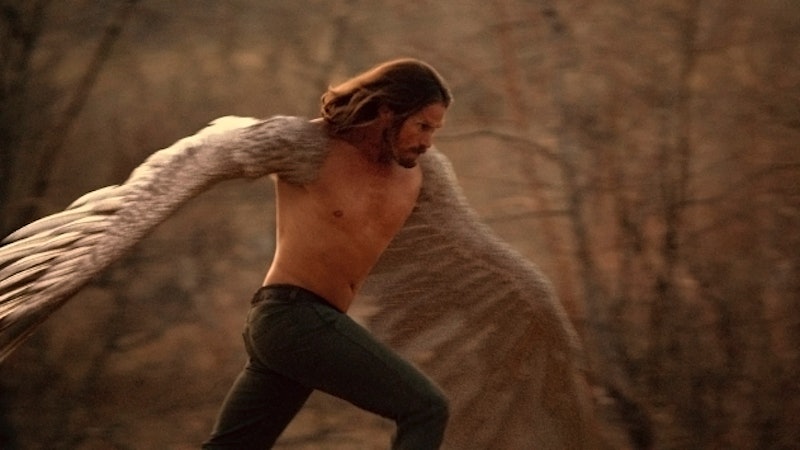 If I'm going to be being perfectly honest about this, there's been a blank space on TV since the series finale of True Blood back in 2014. The show was risky, daring, and gratuitous in its portrayal of supernatural violence, romance, and sexuality in a way that had scarcely been seen on TV before or since. So, it was a delight for me to discover that fans may finally have a fitting replacement for the show. Deadline reported that Charlaine Harris' Midnight, Texas is becoming an NBC series and from the sounds of it, the show is packed full of enough supernatural wonder to satisfy the basic tastes of True Blood fans.

From the director of the amazing Mr. Robot Niels Arden Oplev, Midnight, Texas is based on the hit series of books by True Blood author Charlaine Harris and is set in a remote Texas town which defies basic, first impressions. Featuring a cornucopia of outlandish characters including psychics, witches, hit men and, yes, vampires, the show will see a plucky gang of outsiders uniting against outside forces such as suspicious cops, biker gangs, and their own treacherous pasts.

So far, so very True Blood, although it must be remembered that NBC is not quite as liberal a station as True Blood's HBO is so we might not be seeing the same bold standards of gore, violence, or sex in the final product. Still, here's hoping that Midnight, Texas manages to maintain at least some of the essential elements of True Blood that we miss the most, these 13 being some of the most important:

Even minor characters were spectacular on True Blood, ranging between complex, bizarre, startling, and unique, and all of them played with tone-sharp perfection by a remarkable cast of actors.

2. Stories Which Ask The Questions That We Genuinely Want Answers To

True Blood often went to the places that few other shows dared to, able to lovingly spoof its own genre by asking (and sometimes even answering) the sorts of ridiculous genre-based questions that fans tend to bring up in conversation between themselves at 2:00 a.m. down the local bar.

I'm talking total, wonderful, ludicrous, soap-opera excellence. Whenever you thought you were just about getting a grip on the often fantastically preposterous plot lines of True Blood, the story would switch up and give you a whole new batch of crazy to gawp shocked at.

Ladies were owning their space left, right, and center in True Blood. They took control of their sexualities, their fates, their confrontations, and their all-too-often messy lives, not to mention had agency over their stories.

5. Progressive Representations Of Gender And Sexuality

OK, so True Blood wasn't perfect, but it remains one of the few shows which dared to regularly show unbridled portrayals of sexuality and gender which were far removed from the consistently heterosexual, cis-gender portrayals of most other shows, and that still means a lot.

And I'm not just talking about the men, here. Everybody on True Blood was a complete knock-out in the looks department, to the point where it kind of became a bit of a joke. Few shows could balance this level of superficiality with the tone of the stories, but True Blood always managed to get away with it; after all, their beauty was often a horrifying, blood-stained one and the whole vampire universe was built on ideas of allure and seduction, so at least it made sense.

7. That Perfect Blend Of Comedy And Melodrama

When True Blood was dramatic, it could be seriously tense, and when it was funny it was hilarious. Though it never took itself so seriously that you could have ever called it a drama, you genuinely cared for the characters and became invested in their story arcs.

There's honestly few other theme tunes that I can think of which are anywhere near as catchy or as fitting for the show they opened as Jace Everett's "Bad Things."

Like all great supernatural shows, True Blood took the opportunity to make statements about society under the guise of supernatural forces. As such, the show managed to add crucial commentary to topics such as gay rights and radical forms of religion.

By the finale of the show, it definitely felt like every character had enjoyed some form of a romantic fling with another, but regardless, the romances in True Blood still managed to keep you wholly invested in their love story, for better or worse.

13. A Diverse Cast Of Characters

True Blood included a diverse mixture of genders, races, classes, and sexualities, so here's hoping that Midnight, Texas manages to deliver on that front too (and according to the books, that certainly seems to be the case).

We've got a little while to wait until Midnight, Texas starts filming the full series or even appears on our screens, but until then, it might be an idea to study up on Charlaine Harris' original set of books so that you're fully prepped and ready for the start of the season.