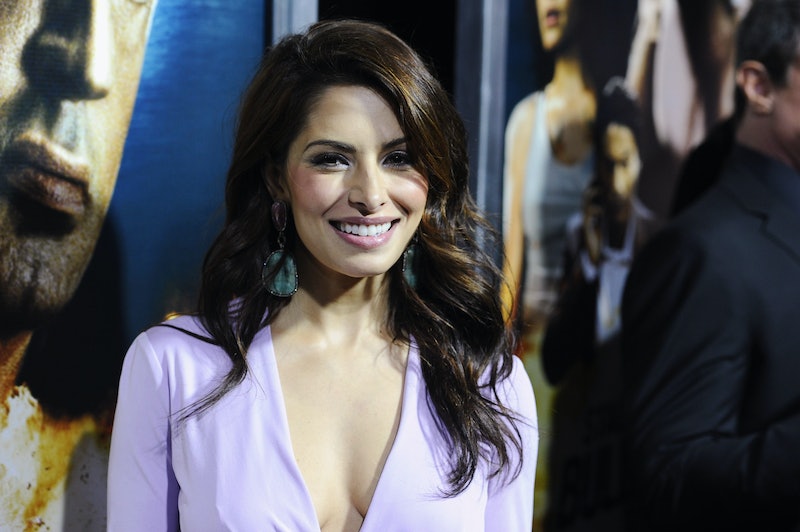 If you were looking forward to seeing Drew, the Nancy Drew-inspired crime drama, on CBS in the fall, then I am sorry to tell you that Drew has not been picked up. While lots of pilots are passed over by the networks every single pilot season for any number of reasons, Drew was not picked up because it was "too female," according to Deadline. Let that sink in for a moment. The series will not be on air next season, not because there were problems with the script or because audiences didn't like it — Deadline noted it "tested well" — but because it was just too girly for a major network. Update: On Wednesday, May 18, CBS President Glenn Geller responded to the report that its femininity was the reason the Nancy Drew pilot wasn't picked up with a firm, "Well that’s just not true. We have a number of pilots to choose from, and we chose the best pilot."

Earlier: The reaction to CBS deciding Drew was too female for the network has been swift and furious in the world of Twitter, as it should be. Having not been given the chance to see Drew, no one can speak to its quality, but it is not quality that needs to be discussed right now — it is the politics of network television. First, let's look at some numbers: women make up 51 percent of the population in America, and according to a 2014 report by Ad Week, "women control or influence 73 percent of all household purchases" — meaning that they have some serious power. Even more, in 2015, USA Today reported that roughly 54 percent of network TV viewers were women. Yet despite the fact that women are the ones watching network TV and controlling the money, a show can apparently be deemed "too female" to succeed on network TV.

This is so disappointing, especially considering what Drew could've been. Loosely based on the best selling book series Nancy Drew, which has sold roughly 80 million copies worldwide since its debut in 1930, Drew was set to star Sarah Shahi as the adult version of the titular hero. The new Nancy was going to work for the NYPD solving cases and navigating modern life. The premise may not have been groundbreaking for network TV — it was a procedural that fits right in with the many CSI-esque crime dramas out there— but the fact that Drew would've had a female lead at its center would've made all the difference.

But instead of giving Drew a chance and providing a rare female-centric show, CBS didn't pick it up. It did manage, however, to find room on its schedule for a Training Day reboot, a MacGyver reboot, a show about a young Dr. Phil, and three male-centric sitcoms, so I guess being "too male" is not a thing. It should be noted that CBS also shipped Supergirl over to The CW and cancelled the Patricia Arquette-led CSI: Cyber. Add that to the fact that The Good Wife was also cancelled in the 2015-2016 season, leaving Madam Secretary, Mom, and 2 Broke Girls as the only returning CBS shows that focus on female leads, this is hugely frustrating.

The fear of being "too female" is not exclusive to CBS, though.The past few months have not been kind to women on traditional network TV. While women-centric stories are flourishing on streaming services like Netflix and cable networks like Starz, network TV has fired Stana Katic from ABC's now-cancelled Castle, killed off the female lead of Fox's Sleepy Hollow, and dumped ABC's Agent Carter. If female leads and women-led shows with passionate fanbases are being disregarded by network TV, then the message begins to feel like women should take their "too female" tastes somewhere they might matter — or just not expect TV to represent them whatsoever.

Even more, calling a show "too female" is that it suggests men will not watch a show about women, that it's too much of a stretch to ask them to relate to a female character. Meanwhile, as said, there is no such thing as a show that is "too male." Women are simply expected to watch a show based on the radical idea of whether or not it is good. As long as network executives have so little faith in their male viewers, or that their female viewers matter, then most of those shows that air on network TV will continue to feature men — likely those who are white and straight — in the leading role.

If only the networks would take a look at Twitter's reaction to Drew being dubbed "too female" for a pickup, or the amazing, diverse shows their competitors are producing, like Orange Is the New Black, Grace and Frankie, Broad City, Outlander, Pretty Little Liars, and Jessica Jones, then perhaps they would see women and men watch shows based on what is good or fun, not on the gender of the lead.

At least something positive has come out of CBS' mistake: people are talking about the harmful politics of network TV, and Drew is currently being shopped to other networks. Hopefully, this show will find a home where TV is allowed to be as female as it wants to be and everyone is welcome to watch.