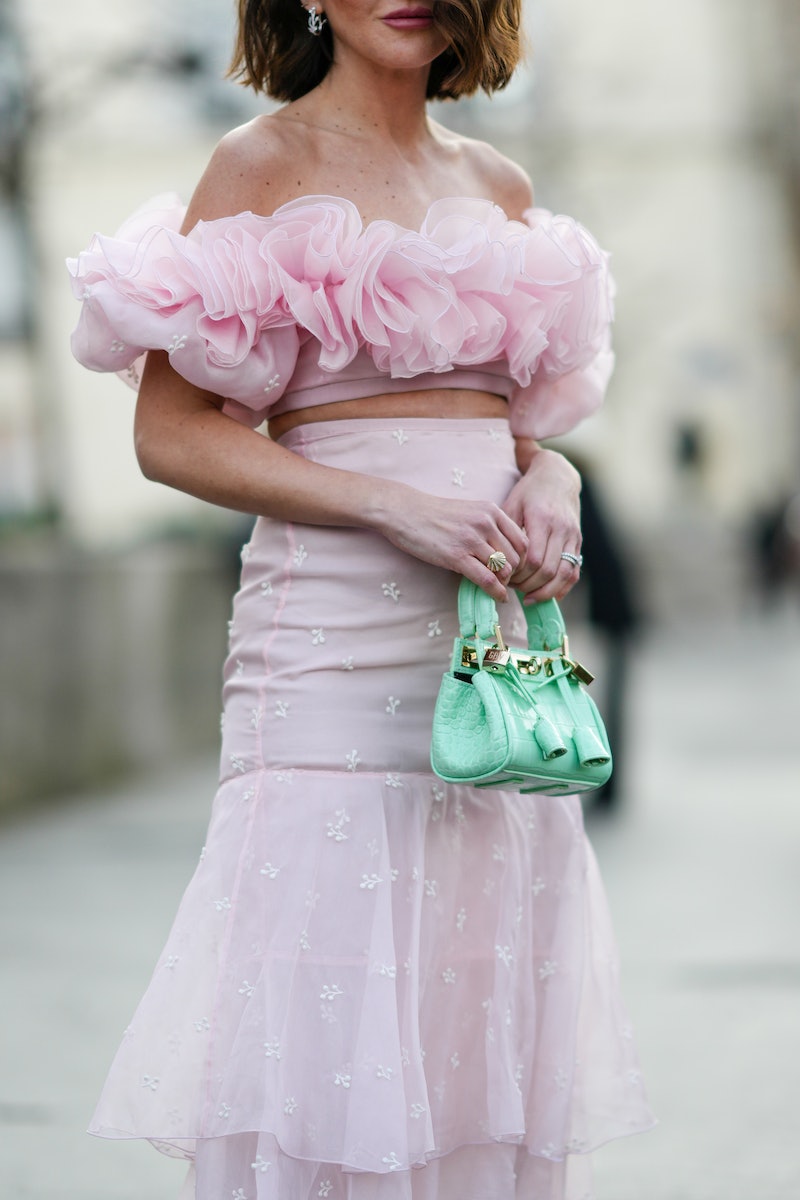 If you don't think the media objectifies women, then answer this question: Why are so many women on screen headless? If Marcia Belasky's Headless Women Of Hollywood Tumblr is any indication, women with heads, faces, expressions, and emotions are not the norm in the movies. Instead, we see bodies that are sexualized and objectified so much that nothing above the neck is even necessary to show. Given the number of women we see without heads, you'd think we were all watching horror films even when we signed up to see romantic comedies.

By showing how sexualized women are in the movies, the Tumblr's description explains, it calls attention to the predominance of the "male gaze," which is a concept in feminist theory alluding to the assumed viewer of a film. Even though most moviegoers are women, according to Motion Picture Association of America data, the casting, filming techniques, and plot lines are frequently tailored to a presumed heterosexual male viewer.

This convention dehumanizes women. Rather than depicting them as complete human beings with interests, careers, and minds, it makes them accessories for male characters, valuable only because of their looks or ability to provide sex. "Women are still often acceptably portrayed in entertainment as sexually available background to male centered action or humor," Belsky tells Bustle over email, explaining the inspiration for the project:

Years ago, a professor showed me decades of images where women's bodies had been cut up into sexualized and consumable parts. Seeing it all laid out together in one place like that really shocked me, and as time went on, I kept seeing these headless or chopped up women everywhere. So, I decided that I wanted to disturb people in the same way I had been disturbed by putting them all together in one place to be looked at as a whole.

Belsky crowdsources the headless images for the Tumblr from everyday people who see headless women on screen or in ads for movies or TV shows. Some of the images collected by the Tumblr are from older movies, while others spotlight newer ones.

The site uses humor to call attention to this issue through witty captions. "THIS PROJECT IS FIRMLY IN FAVOR OF THE LEGALIZATION OF HEADLESS LEGS," the caption to the one below reads.

They also use tags like "fragmentation," which refers to how women's bodies are often literally broken into bits in the media.

Virtually all of the images feature women's body parts or partial bits of their heads being handled and manipulated by men, which reveals the ideology behind this convention of headlessness: It makes women into props for men's enjoyment.

"We have become numb to these dehumanizing images of women, and in my opinion, their power lies in their ability to blend as a standard and invisible background to our daily lives," Belsky says. "We are set clear standards for an ideal, and women who don't match that ideal are made to feel that their bodies don't exist, or that their bodies don't have sexual appeal. Yet, women whose bodies do match the ideal are told their bodies are interchangeable and primarily meant to be consumed. It's lose-lose in terms of how we view ourselves and how others see and treat us as women."

"When women are depicted and cast as only bodies," she added, "we internalize from a young age that our primary value is our body above all else." See more proof that the objectification of women is very real and powerful on the Headless Women Of Hollywood Tumblr.

More like this
Black Women's Equal Pay Day Highlights An Upsetting Problem
By Brandi Neal
Everything To Know About The Long-Awaited ‘Community’ Movie
By Stephanie Topacio Long
Gabby Petito’s Family Responded To The New Lifetime Movie About Her Final Days
By Grace Wehniainen
The 50 Most Powerful Characters In The Marvel Universe, Ranked
By Johnny Brayson and Nola Pfau
Get Even More From Bustle — Sign Up For The Newsletter