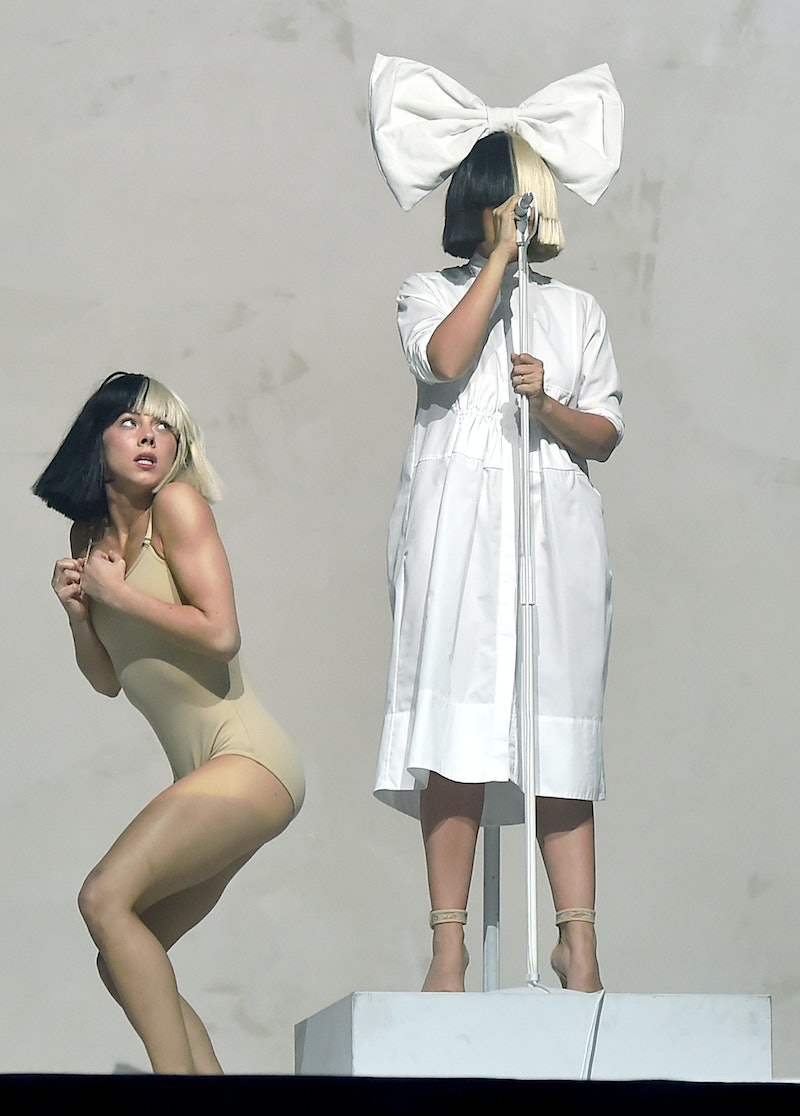 Hold on to your wigs and big bows, friends, because Sia announced her first North American tour in five years, and this fall is going to be amazing because of it. Her performances are always entertaining and always talked about, so, if you love watching in awe — and sometimes confusion — as Sia performs either in music videos or during live performances, you have a lot to forward to. On Monday, the singer announced that she was setting out on a 22 date tour of North America. The tour, which is being dubbed Nostalgic for the Present Tour and will start on September 29, will feature Miguel and AlunaGeorge as her opening acts, but, of course, the information I really want to know is this: Will Maddie Ziegler go on tour with Sia in the fall?

If my Dance Moms stalking is up to snuff, it might be possible for Sia’s regular dance sidekick to join her for her tour. Of course, I can’t sat for sure what Maddie Ziegler’s schedule entails. Not, at least, until I am officially part of her posse and securely on Team Zieg, which I’m still eagerly waiting for. Until then, I at least know that her summer plans will likely keep her busy until September, right when Sia plans on beginning her tour. Ziegler will be a judge on So You Think You Can Dance: The Next Generation.

Considering Sia has often included Maddie Ziegler in her music videos and live performances and that Ziegler’s schedule may conveniently be clear right around the time Sia’s tour starts, I think it’s very possible that she will be spotted somewhere along Sia’s tour route. If not as a regular performer, then at least as an occasional cameo.

At this rate, a Sia performance really wouldn’t be the same without her.