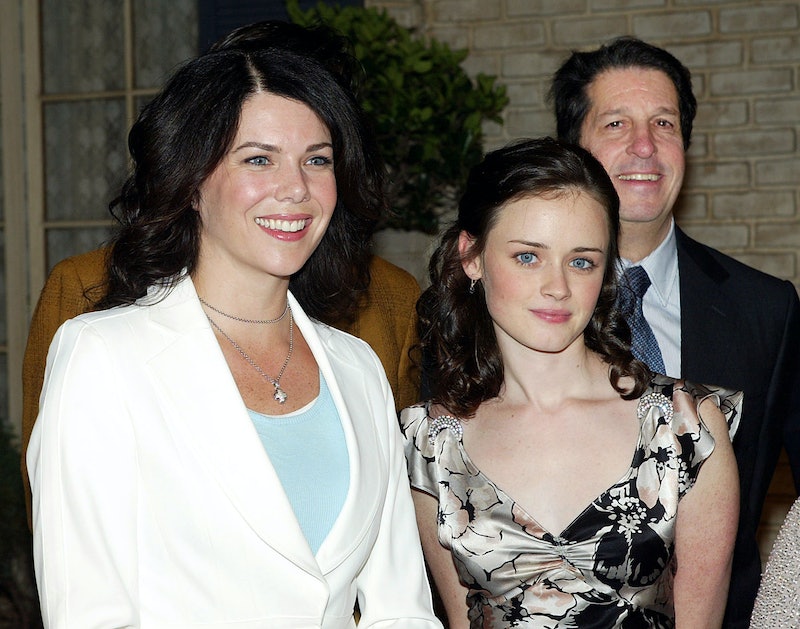 Ever since Netflix announced that they would be reviving Gilmore Girls with brand-new episodes on their streaming platform, fans of the much-beloved family drama have been eagerly awaiting news about the new season. We now know that the upcoming Netflix revival will feature four "mini movies" that will be named Winter, Spring, Summer and Fall, after the seasons it will depict and, obviously, in connection to the Carole King-sung theme song "Where You Lead" that has carried Gilmore Girls across its seven seasons. Talk of the Gilmore Girls revival has had fans asking a boatload of questions about the fate of Stars Hollow's notorious residents, from which ex-boyfriend (if any) will Rory be with when the series ends to who Sutton Foster will play on the new series. (Could it be her character from Bunheads?!) While we don't have the answer to those questions, a new Instagram post has finally clued us in to one thing: what the Gilmore Girls cast received from the crew as a parting gift.

Keiko Agena, who portrays Lane on Gilmore Girls, has been busy updating social media with awesome pics from the Gilmore Girls set, and on Monday, she took to Instagram to share this photo of the gift she seemingly received from creators Amy Sherman-Palladino and Daniel Palladino.

Attached to the backpack is this sweet message: "To the cast and crew, thank you so much for all of your hard work these past few months!" This post not only suggests that Gilmore Girls has officially wrapped production (at least, for Agena) but that the Palladinos are awesome bosses who are dolling out backpacks for everyone's hard work.

Of course, Gilmore Girls fans don't need a backpack (or anything else, for that matter) in order to celebrate the end of the revival's production — just knowing that we're one step closer to seeing the revival on Netflix is enough reason for us to do a happy dance.