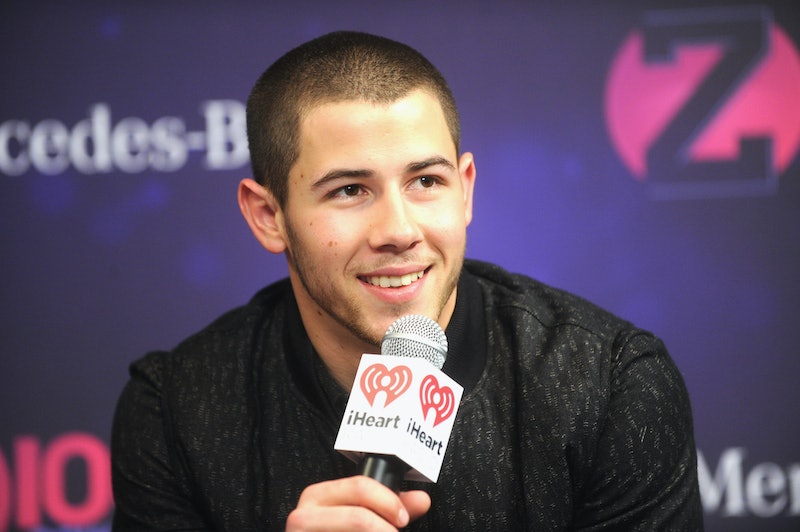 Nick Jonas' love life has been in the headlines almost as much as his music career has, and his dating status has been ever-changing. Since Jonas split from his long time girlfriend Olivia Culpo in 2015, fans have been quick to link him to many women in the business because, well, Nick Jonas is kind of a really good catch. Back in September 2015, rumors first started bubbling of Jonas dating Kate Hudson, but the relationship didn't seem to grow into a full-fledged one, and they stopped being seen together for a while. But now that they've recently been spotted together again, are Jonas and Hudson actually, finally, dating?

As much as I want to believe that these two are actually dating in the "traditional" sense, it seems like Jonas and Hudson are more likely in a "friends with benefits" relationship, which is totally cool if they're both on board. A FWB situation would mostly likely be the most beneficial for each of them considering Jonas is about to be on summer-long tour with Demi Lovato and they have both recently claimed to be single and not in anything "serious." To figure out if Jonas and Hudson could really be dating, let's look at their history together.

Back in late September, TMZ first caught Jonas and Hudson together on a trip to Disney World where Jonas was performing at the House of Blues in Orlando. An Us Weekly insider said at the time, "They met a couple months back and were in the same city at the same time so they met up." The source claimed that the two were not dating, only hooking up.

After those initial reports, both parties stayed fairly silent on the relationship and weren't spotted much more after that. In February of this year, Jonas finally spoke up about Hudson in an interview with Complex. He said,

Kate’s incredible. We had an unbelievable connection as two humans who just admire things about each other, and see something in each other that’s beautiful. Out of my best effort to respect her and her privacy, I’m not going to say if we had sex or not. But we did have a beautiful connection. Even now I have so much admiration and respect. She’s amazing.

A few weeks after the publication of that article, Hudson appeared on CBS This Morning and was asked about Jonas, and simply said, "He's a great guy. He's a sweetheart." After those intense words that Jonas had for her, it surely sounds like something special happened between them two and there were no hard feelings, regardless if they were still seeing each other or not.

Most recently, they had their first public sighting since February when they were photographed having dinner in NYC a day before the Met Gala on May 2.

A few days prior, Hudson confirmed to Us that she was not dating anyone. “I’m in a season of my life where my work is kind of my main focus... Meeting people and enjoying spending time, but definitely nothing serious on any front,” she said.

A week later, Jonas appeared on The Ellen DeGeneres Show and also stated that he is single, although the host continued to pry and asked him about Hudson. He said, "She great... It was great. We had a group dinner the night before the Met Gala with lots of people. And she was there, and I was there. But it was a group."

Well, as much as they would be a really cute couple, because I love them both separately, I would take their word for it and assume that Jonas and Hudson are not dating, but merely good friends that might have some extra benefits thrown in every once in a while. It seems to be working out for them right now, and that's the way it should be.