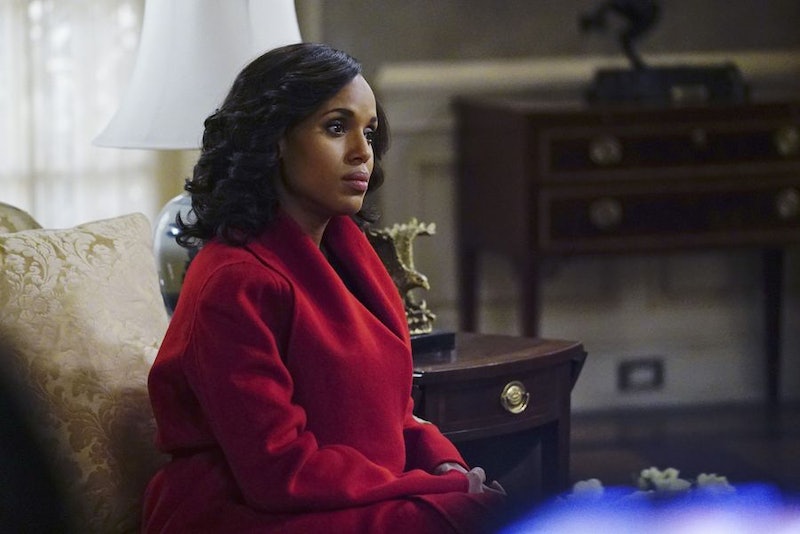 It's barely been a week since Scandal's Season 5 finale, but it already feels like the show has been gone for too long — and Scandal won't be coming back right away, either. At least there's always streaming. And thankfully, you shouldn't have to wait long before Scandal Season 5 will be on Netflix in just a few months. Season 4 popped up on the streaming service in early June after the finale in mid-May, so I think it's safe to assume that Season 5 will be the same. And thank goodness the latest season will be up soon, because Season 6 will not only be late, but it'll also be a shortened season because of Kerry Washington's pregnancy. And, while all the Gladiators out there wish her the best, it means that there's going to be way less Scandal then usual for the 2016-2017 season. [UPDATE: Netflix has announced Season 5 will hit the streaming service on June 11.]

But, so long as Scandal remains on Netflix, it's all good. Because there's nothing better to get you through the long summer (and when it comes to Scandal, fall) months of slightly less television than marathon-rewatching every single episode of Shonda Rhimes' masterpiece. Break out the wine, popcorn, and a brand-new red coat, click "Season 1, Episode 1," and you might just notice some of these surprising things about Scandal since the last time you powered through the entire series.

As much as the show isn't about 'shipping Olivia with either Fitz or Jake, over the course of over almost 100 episodes, Olivia spends a lot of time sipping her trademark red wine while musing over her love life. I always thought most of her solo time was spent thinking about national security, but that's not really true.

Is There Anyone Who Hasn't Guest-Starred?

This series has netted some fantastic guest spots, and watching all the seasons back-to-back just makes that clearer. Particularly in Seasons 3-4, there was a run of a noticeable guest stars in almost every single episode.

The Original Gladiators Are No More

Watch the Scandal pilot again. Everything about the Gladiators has changed completely since those simpler days. Quinn was a sweet, bumbling lawyer in that pilot! Abby had totally different hair! Comparing any show to the pilot will seem weird, but Scandal has completely rearranged its characters a dozen times since then.

There Were A Ton Of Episodes About B6-13

While it still reverberates within the minds of Quinn, Huck, and Jake, B6-13 isn't quite the focus it used to be. And boy, almost every other episode used to be about Rowan's secret agency.

This Show Is Unapologetically Feminist

The moment when Olivia chose to get an abortion was both a shocking plot development and a bold statement, but it's not the first time that Scandal has brought up feminist issues. Showing a woman exercising her right to choose is right in the show's wheelhouse.

So, Scandal Season 6 may be a ways off, but at least Seasons 1-5 can keep you company for now.