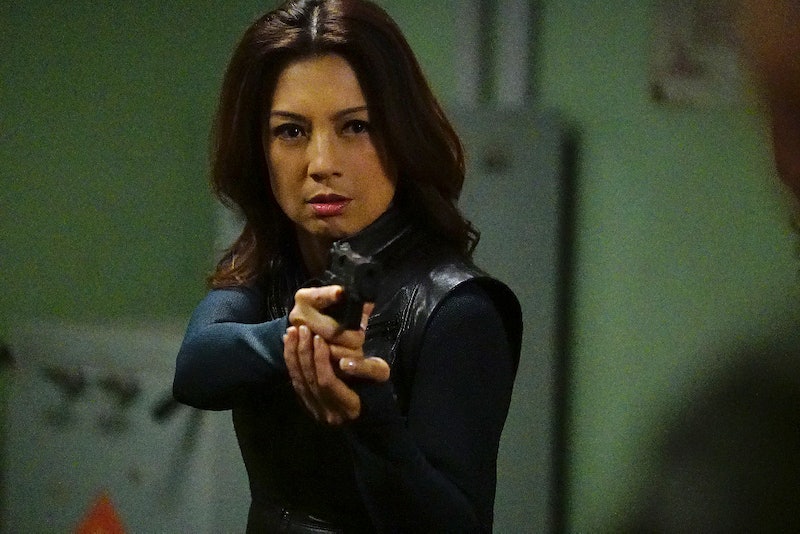 The reveal of S.H.I.E.L.D.'s "Fallen Agent" is drawing closer. I, for one, am really hoping that my current theory does not come true. Will Melinda May die on Agents of S.H.I.E.L.D. ? I'm honestly worried that she might be the one to kick it.

For one thing, both May's storyline with Andrew and her "calvary" story were resolved this season. Her journey could be coming to a close. There aren't any loose threads with her at this point. Also, with the show's new focus on the Secret Warriors, there is less of a place for old school S.H.I.E.L.D. agents like Phil and Melinda anymore.

I'm not saying that I want this to happen — don't get me wrong. I don't want anyone to die, and the show would be considerably lacking in female characters if May was gone, even if Yo-Yo becomes a series regular. Sure, Bobbi and Hunter can return in theory, but I'm sure this decision was made before ABC decided not to go forward with Marvel's Most Wanted. I'm also not saying that there aren't stories left to tell about May. Her relationship with powered people is especially interesting and should be explored further. There's plenty of conflict to be had, it just needs to happen.

Plus, it would be a gutsy move for the show to kill off a major character who has been around since the beginning. I have to admit that I'll be a little disappointed if the person who ends up dying on the Agents of S.H.I.E.L.D. Season 3 finale ends up being a new character like Elena, Joey, or even Lincoln. That's a bit of a cop out, don't you think? The way the show has been teasing and promoting this major moment, it has to have an impact. Someone like Melinda May, who the agents have looked up to since Season 1, would definitely do the trick, no matter how heartbreaking it would be for all of us.