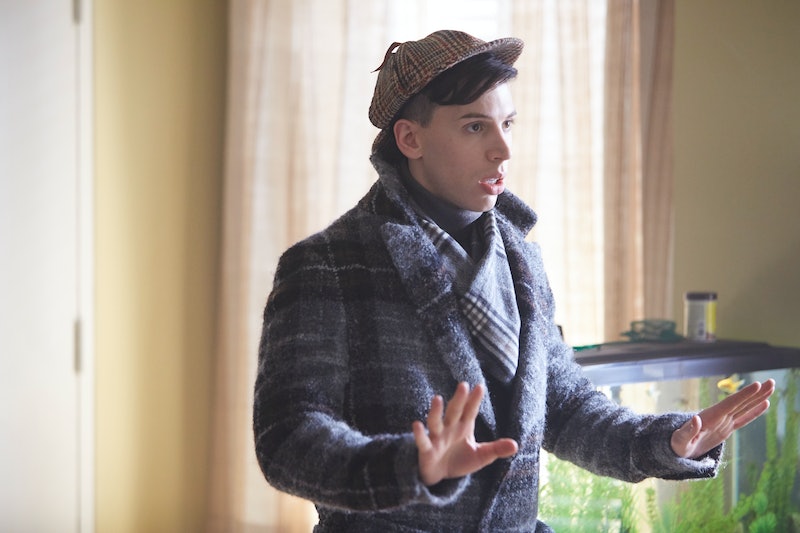 We've just passed the halfway point of Orphan Black Season 4, and the Grim Reaper has arrived with little to no warning — and with some shockingly major consequences. In "The Scandal Of Altruism," not only did we finally learn the truth of Beth Childs' suicide, but we also got the long-awaited confirmation of another character's fate, and watched yet another character literally go up in flames. That's right: Kendall Malone was killed and Delphine Cormier was definitively declared a goner in perhaps Orphan Black's deadliest episode yet.

The fatal chain of events was put in motion after Cosima was captured by Susan Duncan at Brightborn last week and was offered a deal: Kendall's genome in exchange for a cure to Cosima's illness. This is where Kendall's leukemia actually became good news. Since only her own DNA — and not that of her absorbed twin — had developed cancer, Cosima was able to separate the Project Leda genome from the Project Castor genome by separating Kendall's healthy cells from the cancerous ones. That way, Cosima and Sarah could give Susan what she needed to develop a cure for Leda without giving her the key to creating more weaponized Castor clones.

Unfortunately, this perfect plan was derailed when Kendall was kidnapped. The clones assumed Susan was behind the abduction, wanting the whole genome rather than part of it, while Susan assumed her lover Ira was behind it, furious that she had passed up the opportunity to develop a cure for him. But it turned out that they were all wrong. The person behind Kendall's kidnapping was the same person who had been implanting people with Neolution maggot-bots, who had been conducting genetic experiments at Brightborn, and who had been subtly manipulating both sides of the conflict all along: Evie Cho.

Evie wants to put a stop to both Project Leda and Project Castor; in her eyes, Susan has been so inappropriately obsessed with cloning that she has allowed years of scientific advancements to pass her by. Evie refers to the clones as "betamax," which would make her own maggot-bots Blu-Rays, I suppose — right before she has her crony Detective Duko shoot Kendall in the head right in front of a horrified Cosima and then light the old woman's body on fire, ensuring the complete destruction of the original genome.

As if that wasn't enough, Evie then hit Cosima while she was down, delivering the news that the clone had been dreading: "Delphine Cormier was shot dead at the Dyad parkade." And with that, months of speculation are brought to an end. It's actually a brilliant subversion of expectations; the way the writers prolonged that cliffhanger gave viewers hope of a switcheroo that has become all-too-common lately thanks to shows like The Walking Dead and Game Of Thrones. But in the end, that hope just made it all the more devastating for the viewers and Cosima alike when it turned out that the Delphine was simply dead this whole time.