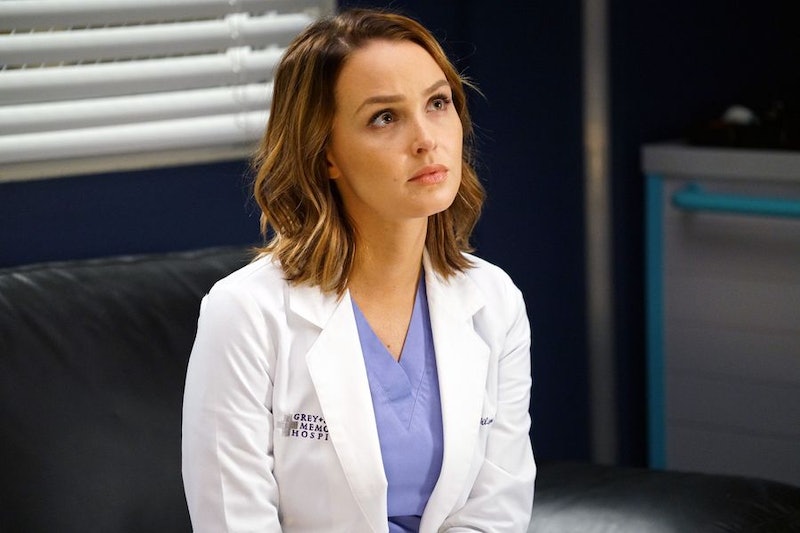 This season watching the relationship of Jo and Alex on Grey’s Anatomy has been a real rollercoaster. Just when Alex was finally healing from Rebecca and Izzie leaving and all that mess (seriously, he has awful taste in women), Jo came along to make him remember what it was like to love someone again. Season 12 brought a big problem, though — Alex is ready to get married, and Jo has flat out refused him. Why? Well, now we know — Jo is running from another marriage to an abusive man and can’t get divorced because she doesn’t want him to be able to find her. But that's not the only secret Jo has been keeping from Alex. What is Jo’s real name on Grey’s Anatomy ?

All of this was revealed after Jo said she could never marry Alex and Alex was all, “Sorry, I can’t do this, see you later, bye.” I understand why Alex has to move on after this, especially since Jo didn't explain the situation to him. Anyway, Jo got hammered and confessed everything to Deluca, who had brought her up to her apartment to put her in bed to sleep it off. I have to say, I did not see her big reveal coming. Jo said that she married this guy because she was living in a car, and then things were great until they weren’t. He started beating her, and eventually, she fled, changing everything about herself, and her name. We don’t even know Jo’s real name, and, come to think of it, neither does Alex.

So what happens now? I have no idea. Alex came in to see Jo and talk to her and walked in on what looked like Deluca attempting to sexually assault Jo. Next season, after that gets quickly cleared up (emphasis on quickly, because we don’t need Alex’s anger getting the better of him again), I hope that Jo sits down and tells Alex everything. She told Deluca that she didn’t tell Alex because he would be too “protective” of her, but if you can’t tell the man you wish you could marry everything about your past, what’s the point? Jo and Alex have some things to work out, and I hope that, by Season 13, we all have some answers.