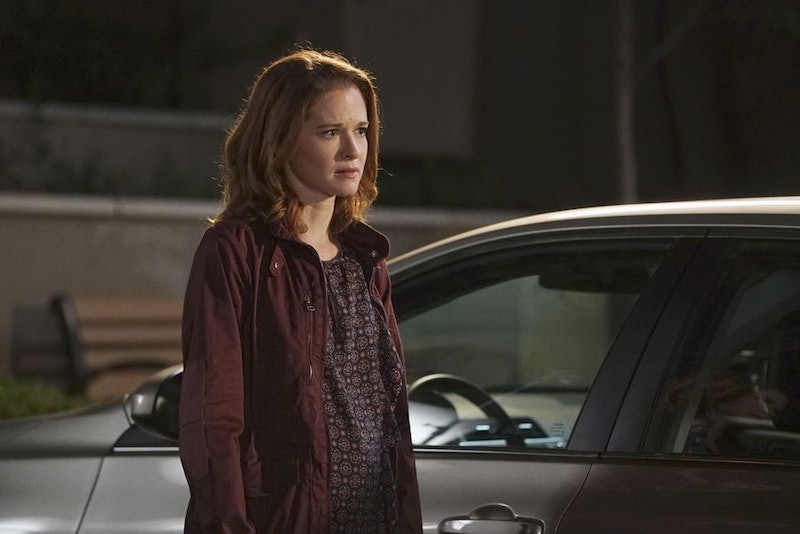 Come on, Grey’s Anatomy writers. Can April Kepner get a break? Can I get an amen on that? She was introduced in Season 6 as one of the Mercy West doctors who were brought over to what was then Seattle Grace, and April was pretty much universally disliked. But, then she met Jackson, they fell in love, they pretended they weren’t in love, they got married, they got pregnant… and everything fell apart. Now, almost finished with her second pregnancy, what will happen to April Kepner’s baby on Grey’s Anatomy ?

April and Jackson have had two very high-stress pregnancies. Their first child, a son named Samuel, died of a severe birth defect mere hours after being born, and from then on, Jackson and April weren’t the same. After one wham-bam post-divorce moment, April found herself pregnant again, and, with some negotiation, these two, though not a couple, have made great plans for co-parenting. You guys, I am optimistic for April and Jackson, and I will not be able to deal with Grey’s Anatomy any longer if April and Jackson lose another baby. These two need a happy ending with their child. I don’t even care if they get back together — neither person can deal with the death of a second baby.

Promotions for the Season 12 finale show April going into labor, and she seems like any other woman in labor, hooting and hollering. It looks like they’re in Meredith’s house, and Ben is with her. Ben is more than capable of delivering a baby! Things could be good even if she doesn't give birth in the hospital.

Like I said, nothing matters for April and Jackson except getting that beautiful baby out and healthy. There was a moment a few episodes back where Arizona thought there was something wrong with it, but that turned out to be a false alarm. Would Grey’s Anatomy squash April and Jackson’s dreams again? I doubt it, and I predict (and pray) that these two have a healthy, happy little nugget by the end of Season 12.