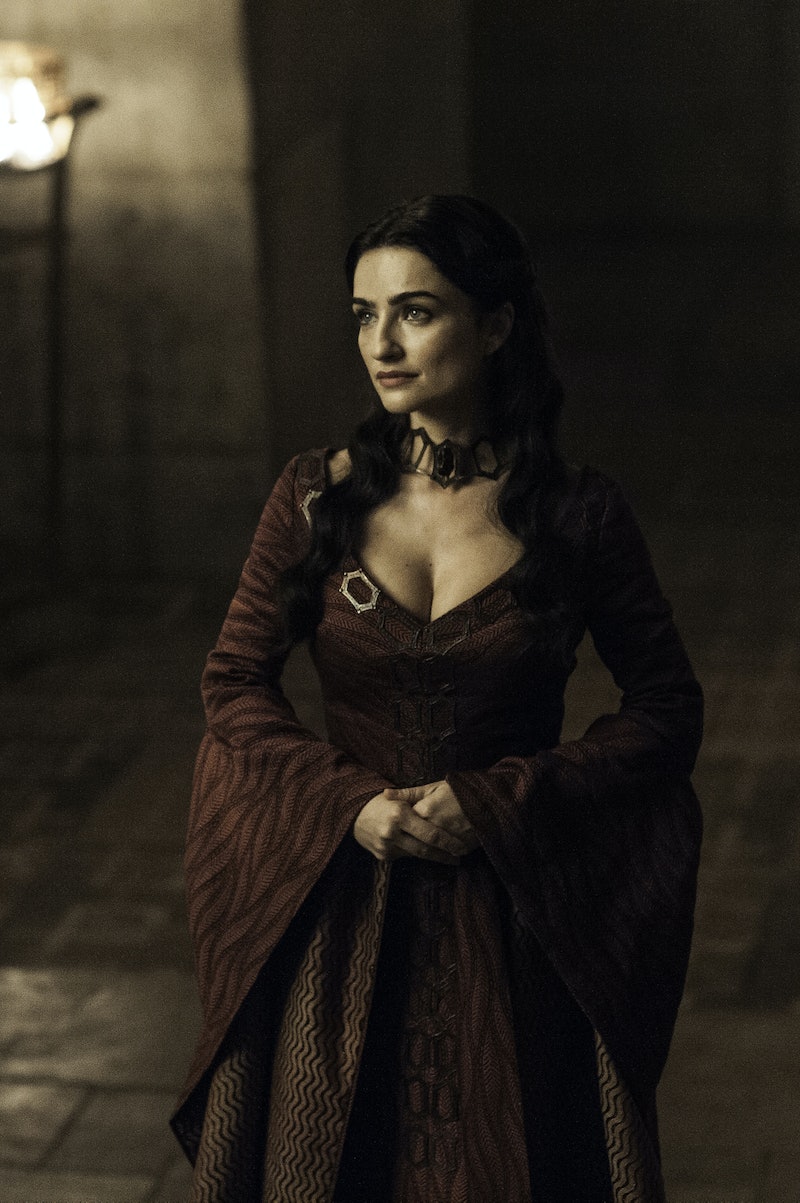 Joffrey Baratheon. Tywin Lannister. Roose Bolton. Ramsay Snow. Walder Frey. Gregor Clegane. The Night's King. What do these names all have in common? They're all villains on HBO's Game Of Thrones , obviously, some of the most detested characters in modern television history. But, what else do they have in common? They're all men. For a show so jam-packed with complex, kick-ass women — often portrayed as more competent than the kings and knights and husbands that surround them — it has been oddly reticent to make those women evil. What gives? Why can't the next Game of Thrones villain be a woman?

I know what you're thinking: "Um, hello? Ever heard of Cersei Lannister?" And you have a point, to a certain extent. But the problem is, the show has been so good with its characterization of its chief female villain that she's actually more of an antihero — certainly when compared to the version of the character in George R.R. Martin's source material. Readers don't get any chapters from Cersei's point-of-view until the fourth book in the series, and even then she's depicted chiefly as unbalanced, paranoid, and power-hungry. On the other hand, we've had access to Cersei's private moments from early on in the show, and watching her mourn the deaths of her father and two of her three children — and endure that agonizing walk of shame — has humanized her greatly.

The rest of the show's few female villains have a similar problem: They make it almost too easy to identify with them. Mirri Maz Duur's entire village had been raped and slaughtered and she wanted to teach Daenerys a lesson about "what life is worth when all the rest has gone." Lysa Arryn was embittered by the fact that she was married off to a man old enough to be her father after spending her life loving a man who only ever loved her own sister. Melisandre may have burned an innocent young girl alive, but she's also trying to save an entire continent's worth of people from a horde of ice zombies — and she brought a fan-favorite character back from the dead — so it's hard to hold too big of a grudge.

Tywin Lannister was by far the most complex male villain in the show's history, his utter ruthlessness balanced by a cold pragmatism and an ability to outmaneuver pretty much anyone. But other than him, many of the show's male villains are practically caricatures by comparison. Ramsay Bolton is a sadistic psychopath; Walder Frey is a sniveling opportunist; Joffrey was a petulant, spoiled boy-king; the Night's King is basically a personality-free horror movie monster. The only female villains that can match them for one-dimensionality are Myranda, who enjoyed hunting humans as much as Ramsay, and Ellaria Sand, who was willing to murder an innocent girl for revenge — but neither of them were exactly the "Big Bad" of the series like Joffrey and Ramsay have been.

So what's with the disparity? The Game Of Thrones writers know how to write interesting female characters — just ask Cersei, Daenerys, Arya, Sansa, Brienne, Margaery, Melisandre, Olenna, Yara, Missandei, Gilly… I could go on. So why aren't any of them terrorizing Westeros, making the menfolk quiver with fear, and cackling with evil glee? This issue brings to mind what author Gillian Flynn had to say about the antagonist of her best-selling novel, Gone Girl. In a 2013 interview with The Guardian, Flynn (who "identifies as a feminist") was asked if she worries "that she's damaging that cause in the quest for narrative shocks" thanks to her controversial female villain.

"To me, that puts a very, very small window on what feminism is," Flynn answered in The Guardian. "Is it really only girl power, and you-go-girl, and empower yourself, and be the best you can be? For me, it's also the ability to have women who are bad characters… The one thing that really frustrates me is this idea that women are innately good, innately nurturing. In literature, they can be dismissably bad — trampy, vampy, bitchy types — but there's still a big pushback against the idea that women can be just pragmatically evil, bad and selfish."

With Game Of Thrones entering its endgame, is there still room left in the show to introduce a truly formidable female villain? Once upon a time, Ellaria Sand didn't have enough power to be a real threat; now that she's taken control of Dorne, might she emerge as a major player in the game of thrones? And what about Kinvara, the new Red Priestess glimpsed in the promos for this Sunday's episode, "The Door"? Maybe she'll end up making Melisandre look as gentle as Ser Pounce. And then there's the Night's King, who Westerosi legend says is a former Lord Commander of the Night's Watch who fell in love with a woman "with skin as white as the moon and eyes like blue stars." Will we ever meet this icy queen? Perhaps she'll turn out to have been the one behind the White Walker invasion all along…

It's not too late, Game Of Thrones: Give us a female villain who's worthy of making us love to hate her.