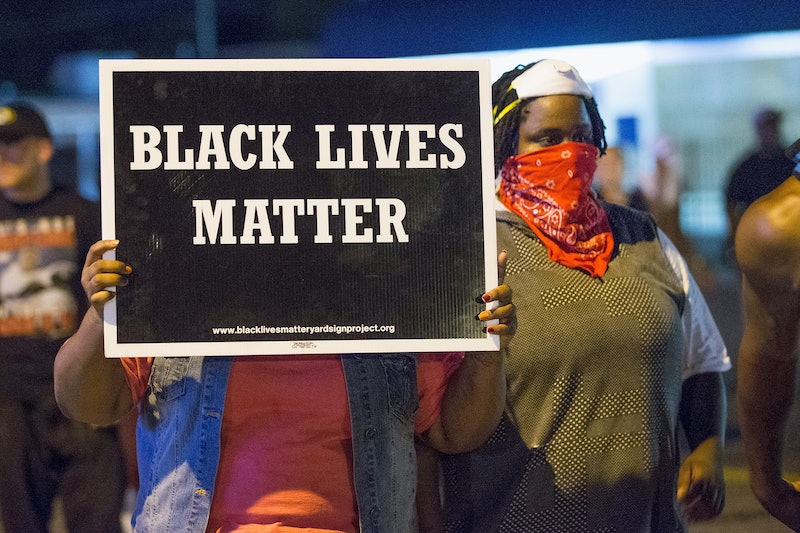 Michael Brown was 18 years old when he was killed by a police officer in Ferguson, Missouri, back in August 2014. The police officer was not indicted. Friday would have been his 20th birthday, and #MikeBrownForever is trending on social media to both honor him and reflect on the revolution that the lack of indictment sparked. Although the #BlackLivesMatter network was launched following the murder of Trayvon Martin, Brown's death resulted in global protests against racist police brutality.

Discussions of police violence are not new; during the Civil Rights Movement, Martin Luther King, Jr. was already making passionate calls to action against police brutality. But Ferguson was a turning point; it brought a sense of urgency into the international spotlight and made it clear that respectability politics and "productive dialogue" were no longer going to cut it. People took to the streets because there was no other choice, and because the visible injustice of Brown's body lying in the street for hours was the last straw.

Look at what has happened since Aug. 9, 2014. Activists lined Chicago's Magnificent Mile and shut down Lake Shore Drive in protest of the brutal killing of Laquan McDonald. In San Francisco, hunger strikes led to the resignation of the San Francisco Police Department police chief following the killings of Mario Woods last year and an unarmed black woman earlier this week. The deaths of Sandra Bland and Rekia Boyd, among so many others, spurred organizers to launch the #SayHerName campaign to remind the public that black women and femmes were targeted by police violence, too.

A week before Brown's birthday, his mother, Lezley McSpadden, took some time to recall one of her fondest memories of him in an interview with Colorlines:

On our last family gathering, we went fishing. We went to the fishing bank at about noon, and we didn't leave until 6 o'clock. And within that timeframe, it was really hot outside, bugs were everywhere, and I got a headache. But, Michael was, like, “Mom, we cannot leave because I have not caught a fish yet.” And I was, like, “OK, Mike-Mike, we're going to stay a little longer, but I got a headache.” Right at about five minutes to 6, he got a fish on his hook, swung that pole back and the fish flew over his head breaking the string. Then he said, “Now we can go, mom, because I caught me one.” I asked him, “You're going to take it with you or you're going to throw it back?” And he said, “Mom, I stood there all that time. I'm taking my fish.” It shows his patience. He didn't jump in the water to get the fish. He didn't get mad and throw the pole. He waited patiently. That was just my son.

The movement that her son's death sparked didn't start on the streets of Ferguson, but it became a massive global network because of what happened on those streets and around the world. Because of that, and because of everything Brown could have grown up to be, we remember #MikeBrownForever.