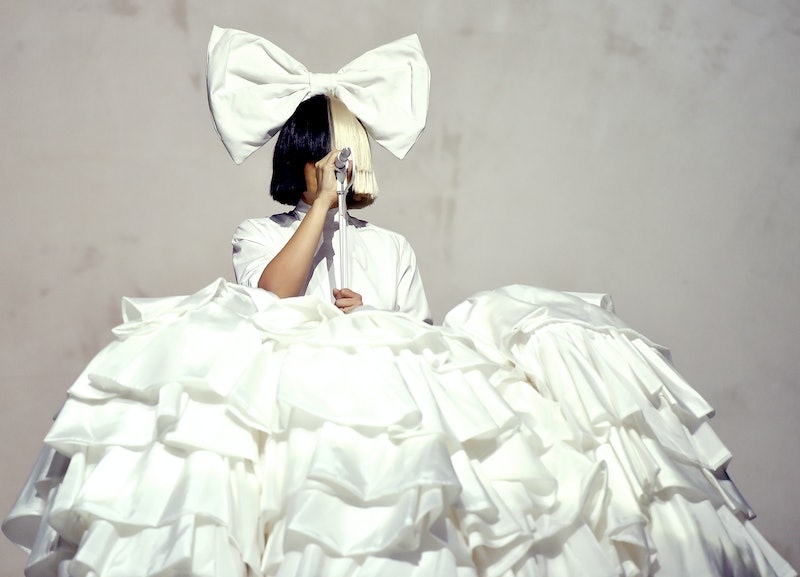 Well, it sure has been quite the Sia-sational week, hasn’t it? If you're feelin' foggy (hey, it's Friday. I get it) and can't remember the details, fear not, Dory. Here is a quick recap: First, there was the phenomenal news that the semi-reclusive singer would go on tour for the first time in half a decade. And then, there was her weird and wonderful surprise appearance on the live Survivor reunion. And if any of us figured that would be the last of this week's awesome Sia news, we figured wrong: On Friday, the Australian pop star debuted her version of a Nat King Cole classic. On Friday's episode of Ellen, Sia performed a cover of “Unforgettable,” and it was, dare I say it, unforgettable (I'm sorry). The "Elastic Heart" singer's version of the 1952 song will appear on the Finding Dory soundtrack.

Before the chill-inducing performance began, Finding Dory star Ellen DeGeneres told the audience that she was “thrilled” that the Ellen regular agreed to sing a song for the upcoming sequel to 2003 Pixar movie Finding Nemo. And then, Sia emerged from the shadows like an ethereal, gauzy jellyfish, and proceeded to deliver a gorgeous rendition of Cole’s timeless record.

Post-song, DeGeneres thanked Sia for agreeing to record a track for the flick. "Dory's story makes me teary," Sia told her pal. After they discussed Finding Dory and the pop music goddess' tour, DeGeneres went and surprised the audience with tickets to Sia's concert at the Hollywood Bowl. Suddenly, I was the one who was teary. Those lucky ducks!

Hey, who better to introduce this particular cover than Dory?