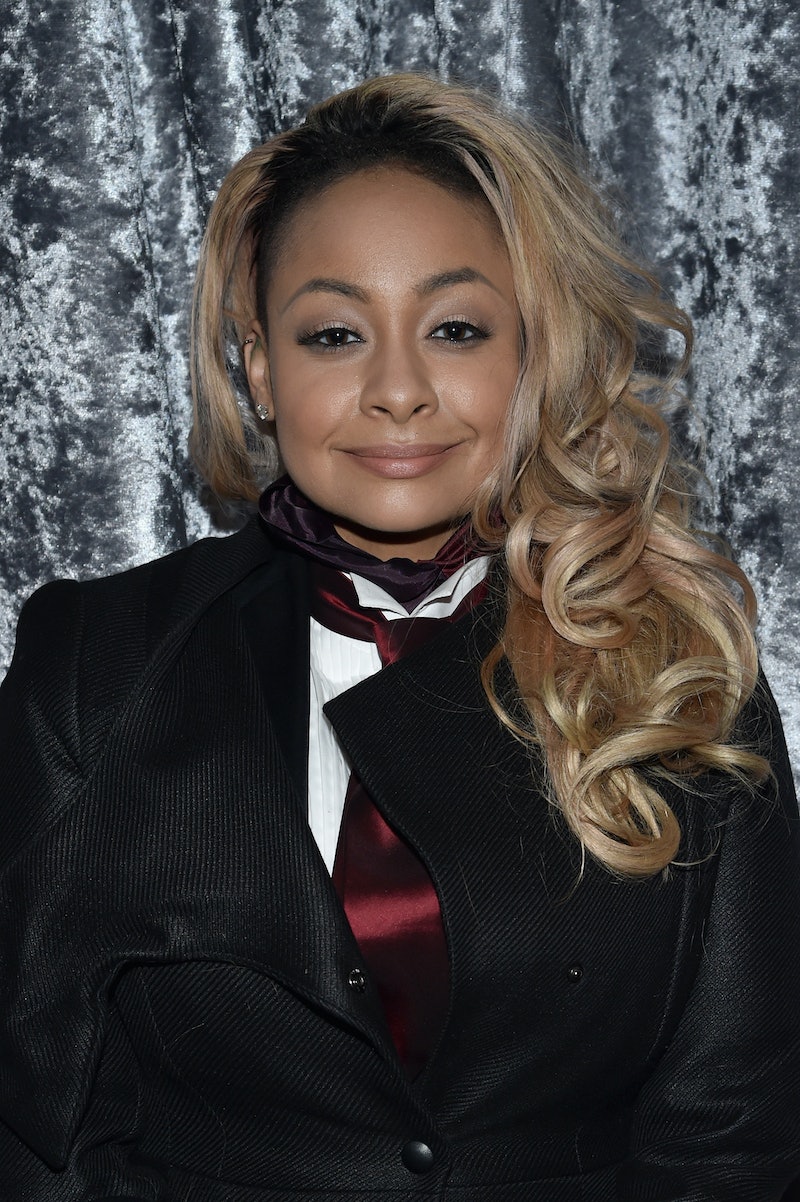 Raven-Symoné may have a comfortable co-host position on ABC's The View, but that isn't stopping her from returning to her roots. After an eight-year-long musical hiatus, the That's So Raven star has returned to the recording studio and released two new songs: "Cruise Control" and "Sarafina." The songs were released exclusively through Raven's Soundcloud account on Saturday, May 21, and were shared without comment on the actress and singer's Twitter account. However, in her motion to share the songs on Facebook the former child star managed to include the comment, "Well it happened....... Finally getting some music into the fold." And, suddenly, there's only one question on my mind: Will Raven-Symoné release a full album?

Despite randomly dropping two new songs, Raven has not yet officially announced how much new music could be on it's way — Or whether or not the possibilities of recording a releasing a full-length album is even in the cards. However, with her apparent new will to get music out into the open once again, I'm personally thinking that this is just the beginning. In fact, in an interview with Maximo TV in 2015, Raven not only mentioned the fact that fans could expect more music on the way, but she also pointed out that fans "can expect everything" from her — this could very well mean a new album.

Now, if Raven does release a full-length studio album, then it is definitely not her first! Aside from releasing songs along with the That's So Raven and The Cheetah Girls' soundtracks, she also released a total of four different albums over the years, from 1993 through 2008. These solo albums include 1993's Here's To New Dreams — which Raven recorded at the age of just seven years old — 1999's Undeniable, 2004's This Is My Time, and 2008's self-titled album, Raven-Symoné. But her future in music is still nothing less than bright. Making the transition from child star to adult name could be just what she needs to make that jump onto the Billboard charts and onto the award show stages. Personally, I think there's never been a better time for Raven to release new music.

Whether or not these tracks are just two off of an already-recorded album, or a preview of more new music to come, I'm just happy with what has been released so far — as long as we don't need to wait another eight years for more!

Either way, Raven-Symoné is back. And her future in music is looking brighter than ever. "Cruise Control" and "Sarafina" are now streaming on Soundcloud.