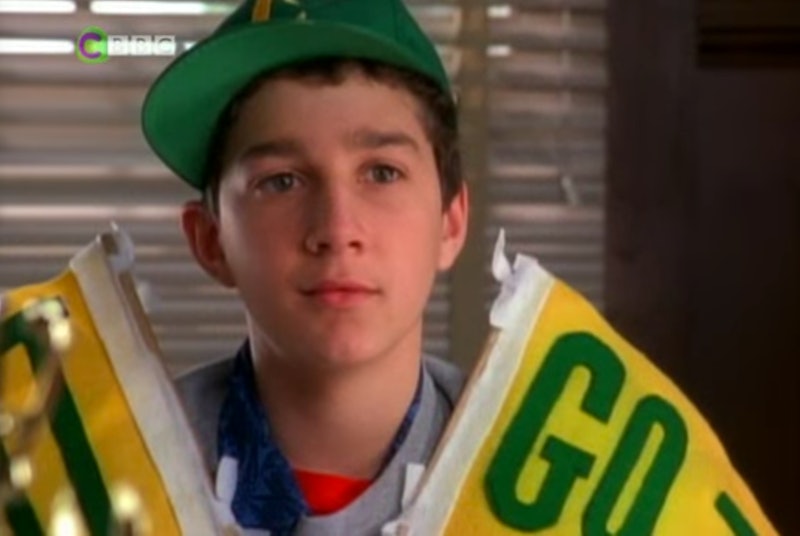 When Even Stevens was over, the world wept. But don't despair: if you're wondering what to watch if you like Even Stevens , I've got you covered. Even Stevens was a show that it was hard not to love. Focused on the sibling rivalry between a goofball brother Louis and his overachiever sister Ren, it was comedy gold. There were pranks! Shia LaBoeuf! Fart jokes! Questionable noughties outfits! Speeded up camera work! Shia LaBoeuf! While The Even Stevens Movie was always intended as a finale to the series, its critical panning (two and half stars, Rotten Tomato: really?) meant it was highly unlikely that LaBoeuf, Carlson Romano, and the rest of the cast would return for a second helping.

So if, like me, there's an enormous Even Stevens-shaped hole in your heart, don't despair. There's no need to construct an entire time machine to return back to those golden years of 2000-2003 and re-watch the show for the first time again. In the wide world of entertainment, there are a few other TV shows which, if not healing your Even Stevens heartbreak completely, will at least ameliorate your pain. And, hey, if not, I guess you can always try and meet the real life Louis, since there's that whole Shia LaBoeuf hitchhiking Colorado thing to check out.

1. Malcolm In The Middle

Wacky camerawork? Siblings who don't always get along but love each other anyway? The noughties? Check, check, check. Oh, and there's also the sense that Malcolm embodies Ren and Louis simultaneously. Like Ren, he's incredibly smart, but like Louis, he's a bit of a goofball.

This show about Tia and Tamera, identical twins who couldn't be more different, channels the same similar good-girl brainiac vs. rebellious goofball comedy of Even Stevens.

3. Clarissa Explains It All

The '90s Nickolodeon cult hit handles all the issues of suburban pre-teen life with the same knowing, tongue-in-cheek tone as Even Stevens. Also: endless sibling rivalry.

OK, so she had supernatural powers, could see into the future, and there was a kinda cheesy laugh track. But still! The show went into the realms of fantasy, but the comedy tended to be as down-to-earth as Even Stevens' distinctive brand of funnies.

This Disney show is about two best friends who are dreaming big: they're hoping to become world-class skaters. The "chill bro-filled entertainment girls can enjoy" vibes are so Even Stevens it hurts.

Drake Parker is an aspiring musician who's popular and dreamy and stuff. But then his mother got hitched to geeky weatherman Walter, and now he has to live with his nerdy stepbrother, Josh. They couldn't be more different! Worlds colliding! Sure, it's a well-worn concept, but the actors bring something special: they give the roles the same warmth that the characters on Even Stevens have.

Fact: in 2006, the channel formerly known as Superstation WGN (now known as WGN America) acquired the rights to both Lizzie McGuire and Even Stevens and aired the shows one after another on weekday afternoons 2006-2009: concrete proof that the shows share the same witty tonality. But, aside from that, the whole interplay between real footage of characters and animation (see: Even Stevens' opening) is also pretty similar, huh?

8. The Adventures Of Pete & Pete

Watch the first few minutes. The sweetness. The narrative detours into weird, like the characters beating up the ocean 'cause they're mad summer ended. There's some definitive Even Stevens vibes here.

The connection is undeniable: Ren from Even Stevens (a.k.a Christy Carlson Romano) voiced the titular Kim Possible.

Um, how much did Cory Matthews look like a slightly older Louis Stevens?

Because Ned's every bit as quirky as Louis Stevens.

Recess was winding down just as Even Stevens started, with the show airing its last season in 2001. No wonder: the two shows were both on the Disney Channel, and, with their light-hearted, often wacky treatment of school life for not-quite-teens, not-totally-kids, there was a lot of overlap.

So despair not! While Even Stevens doesn't look set for a comeback, these are a lot of shows to work your way through. And who knows? Maybe you'll stumble across a quirky sibling-duo you find even funnier than Ren and Louis.