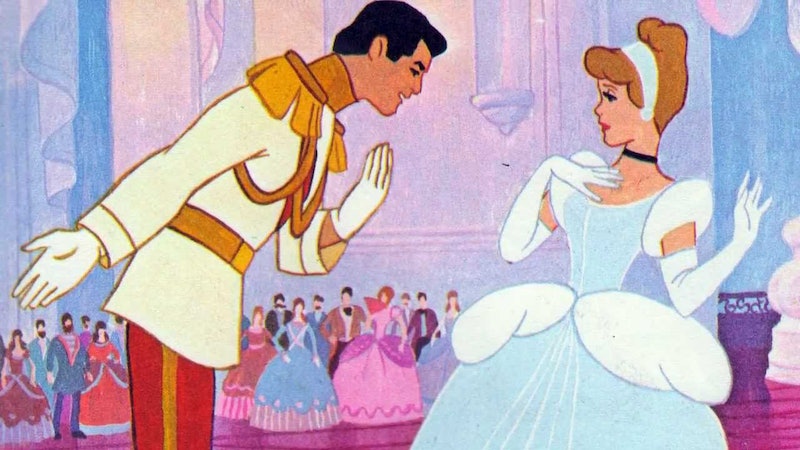 Fairy tales were deeply important to me as a child. Not just the Disney adaptations of fairy tales, but also those in the musty collections of Hans Christian Andersen, Grimm Brothers, and Norwegian folklore in our basement library. Then there were contemporary fairy tales delivered by primetime airwaves and the pages of Seventeen.

Once upon a time, a girl found herself dancing with a prince. She wore a black velvet cape over a swirling white dress, and he wore tails. Though they had not arrived together, they twirled and laughed, the night bright with cheap, sweet champagne.

The prince was not a stranger. Far from it, really, though their relationship had trod the flimsy line between flirtation and friendship since they’d met their freshman year. There had been late night walks and philosophical discussions over coffee and letters that came with thrilling regularity during mail call in the mountain camp where she worked during the summer.

She had pretended not to understand his affection. Until the dancing.

To be a princess was to be as fair and svelte as the Sweet Valley High twins and beautiful enough to merit love at first sight. To be worthy of said love was to be sensitive enough to feel a pea, talented enough to knit a magical sweater for geese-boys, and brave enough to put up with frogs.

I was none of those things.

Arriving in Southern California for college, I immediately tried and failed a total of one relationship before vowing to quit dating altogether. Instead, I conducted affairs in my mind, falling in and out of unrequited puppy love with unsuspecting young men. I built dream castles without allowing pesky things like real life and feelings to interfere, and, most important: I controlled the endings.

During her final year college, a nasty bout of depression loomed as the girl pondered what the hell she was supposed to do with herself in the real world. She returned to her home for Winter Break, but the Rulers, annoyed with her despondency, sent the girl back to Californialand early. Alone and disquieted, the girl received an exquisite letter from the prince. He wondered if they might explore mutual happiness. Why couldn’t I? she asked. No one answered.

Lincoln Michael recently wrote for the Guardian, “Fairytales and fables offer ... a mysterious overgrown path into the unknown forest where stories can operate outside of real or invented rules.” I am compelled to tell these stories. Maybe it is because I spent so much time crafting narratives as a child or ideating romances as a young woman, but it’s probably because I think fairy tales have it all wrong.

In my first novel, Letters to Zell, I gave three fairy tale princesses first person voices to explore their wants and needs after happily ever after. The original tales leave space for this sort of exploration, and, in some ways, beg for such collaboration. I don’t – can’t – buy the idea that marriage is the end of dreams. In my mashed-up, satirical, epistolary retelling, Cinderella misses the kitchen, and a lesbian Snow White falls in love while swearing her way through Los Angeles. And then there’s good old Briar Rose.

In the original Grimm fairy tale, Sleeping Beauty’s prince rescues her as the spell is wearing off. She’s already awake when he stalks into the room to plant his unbidden, wet smooch. Still, he takes credit for the saving. She’s subsequently beholden to him and his pseudo-bravery for the rest of their lives. He’s the one that was supposed to fit. But did he?

The prince and the girl had many more champagne filled nights, stolen kisses, and bottles of shitty champagne. For a while, there was happiness. At they fought fervently.

One day, the prince began to talk about his future. He planned to move east, he said, and he would miss her.

But I’m coming with you, she said.

That’s not what you want, he said.

I could grow to want that, she said.

He laughed. She threw flowers at him.

You can’t just want what I want, he said. That’s not how this works.

The girl threw away the flowers. No prince, no plans, no picturesque palace. Just emptiness, sitting in the same place it had always been.

The idea that happiness can be found in a relationship is a dangerously persistent one. Our self-esteem, our accomplishments, our success is societally wrapped in a cliché of happiness that has little to do with our own desires. What’s worse is that most of us consider it selfish to factor our own dreams into making a relationship work. Couples who are meant-to-be are supposed to fit right out of the box. We treat the concept of true love like some sort of magical packing tape, keeping the box together even as our lives bloom within, the package full to bursting.

The prince and the girl fought bitterly following the dissolution of their romance. She was self-destructive; he was vague. She wrote vengeful poetry about him in the college literary journal, which made her better. Up yours, Mutual Happiness.

But as time passed, they began to write letters again wherein they rediscovered their original friendship. Perhaps mutual happiness could be concurrent happiness. Perhaps he wasn’t the only person who’d ever love her. Perhaps the prince following his own dreams wasn’t so much a rejection as a responsible life choice.

Perhaps she’d do the same thing herself.

I met my partner, Adam, a couple of years after I graduated from college. He was a work friend, then a real friend, and then my boyfriend. These days, we are both unrecognizable as the people and partners we were when we first met. Gone is my constant paranoia and propensity to administer surprise tests of devotion. Absent is his blithe bravado and insistence nothing hurts him. He introduced me to fireflies and college football, and I hooked him on coffee and wine. We’ve made it through death, taxes, and, worst, remodeling.

It seems trite to say that our relationship works because we’re friends first, but it is true to say that’s what gets us through when there’s no fairy tale in sight. Our roads have been and will always meander, converging and diverging. In my own story, I hope we continue to grow, shaped, and yet unimpeded by expectations of the other.

This is the fairy tale I’d like to believe in and why, as a writer, I’ll continue to explore the narratives of women who deserve better stories.

As the girl continued to explore her own heart, it turned out the prince doing the same. In his new kingdom far away, he rewrote his own fairy tale, marrying another prince last year.

And they’ll all live, as happily as can be managed, for as long as ever is after.

In this speculative fiction novel — a reimagining of the Trojan War epic — two best friends, Syd and Casandra, are faced with their toughest challenge yet. Their world is in the midst of a devastating plague, and two communities have emerged as bastions of survival: the City, which is struggling through the drought, and New Charity, which reaps the rewards of a hydroelectric dam. Syd must find a way to ensure the survival of both settlements, but she'll have to disrupt their world order in order to do it.