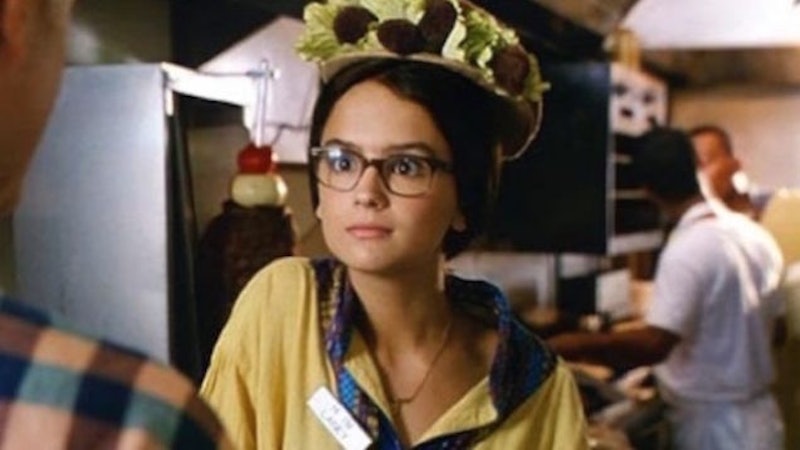 The '90s were a simpler time. It's something that is made very clear when you re-watch the teen movies from the decade. Back then, the messages seemed fairly straightforward and rather harmless. (Most likely because the teen movies of the '90s repeated the same tropes over and over.) The good guys got the happy ending, while the bad guys always got what was coming to them. But, when re-watching teen movies as a much older, wiser, and more experienced adult, you start to notice that some of the moral messages of those '90s teen movies tend to be a little... mixed.

While the overall themes may still be good, there some things that now seem a little questionable. Namely, the fact that lies never seem to have consequences, and women are usually just props to further the male lead's story. No surprise to hear that the teen movies of the '90s were not filled with feminist messages. Like, not at all. How innocent we were back then to just take these movies at face value. But not anymore.

Now, I'm delving a little deeper and taking another look at the mixed messages these 14 teen movies from the '90s seem to be sending. Warning: after reading this list, you may be left wondering if you ever even really knew what these films were actually about.

It would be nice if the message of this movie was don't be afraid to be yourself, but, since Laney Boggs' story arc basically begins and ends with her losing her glasses and ponytail, it's clear this movie was never that deep. Worse, popular jock Zach wins Laney's love not by realizing she was someone he liked all along, but by realizing she made him see what kind of person he could be. Self involved much?

While I remember thinking this was a story about finding your true self later in life, looking back, I can't help but feel like the real theme was lying is OK as long as you get a good story out of it. Oh, and that hitting on your underage students isn't that big of a deal as long as they're actually older and just pretending to be a high school student. You know how often that happens.

Sarah Michelle Gellar's Kathryn clearly had some issues that needed to be addressed. She was hiding coke in her necklace, hitting on her stepbrother, and using sex as a weapon. She didn't only treat other women like objects; she treated herself like one too. Watching her get carted off to who knows where makes you feel like the adults in this situation had let her down big time.

Melissa Joan Hart and Adrian Grenier play warring neighbors who decide to call a truce to get back at their crushes by pretending to date. This isn't a new premise for a teen movie (1987's Can't Buy My Love anyone?), but this one did try to show that two people can change together. But, if we're also being honest, this movie also seems to send the message that lying to make people jealous can actually work out perfectly in the end. You know, because that's how most healthy long-lasting relationships usually get started.

Who doesn't want to see Preston Meyers get together with his teenage crush Amanda Beckett? Well, maybe you wouldn't be as excited about the ending if you really thought about the fact that Preston is maybe a bit of a stalker. He's waited this long to tell Amanda how he feels, putting her on a pedestal as his dream girl. When Preston finally gets the courage to talk to her, he ends up having the worst timing ever, since everyone's been trying to hit on Amanda all night. But, somehow, after she yells at him, she ends up apologizing as if his pining and handwritten letter wasn't at least a tiny bit creepy.

Kat Statford is a hardheaded woman who isn't interested in teen drama, but in getting into a college that happens to be far, far away from her dad. Somehow though Patrick Verona is able to melt her icy heart. Re-watching this as an adult, you can't help but feel like she changed for him, while he kind of played her for a fool. Sure, he may really like her now, but he did only start talking to her because of a bet. She ends up forgiving him pretty easily, maybe too easily for someone who kicked someone so hard in the balls that he had to have surgery.

Sure, Sue Ellen Crandell was right on top of everything Rose needed, but she was also a huge liar who ended up getting everything she wants in the end. This movie seemed to send the message that no lie is too big to keep you from achieving your dreams. Not lying about how old you are or your work experience. Not telling anyone about the fact that your babysitter died. Nothing. Just keep lying. There will be no consequences at all.

This slasher classic starring Neve Campbell may have cast her as the heroine, but its low-key theme seemed to be that sex is bad. Like, near death levels of bad. Sydney nearly loses her life after losing her virginity. Her mom loses her life for having an affair. What you may take away with this with a re-watch is that abstinence was the best way to survive a serial killer.

No one would expect a movie about four high school guys who set out to lose their virginities before they graduate would have a feminist slant, but it's clear on subsequent viewings that the women in this movie are inconsequential. They are just there to satisfy the guys. Even the sweet moments of the movie make you wonder if these guys are being genuine or just trying their best to get into someone's pants. Let's take a wild guess and say it was the latter.

Murder, even committed accidentally is a crime, but, in this movie, we're meant to feel bad for those who think they committed said crime when a hit and run seems to turn deadly. Something about that seems a little wrong. Now, no one is saying that committing a hit and run means you should then be terrorized by a man with a hook for a hand. But, you know, maybe respect the rules of the road and be more careful on those turns.

It feels like Jennifer goes from being an independent women interested in sex to something a bit more traditional and proper. She needs to change to become the "right" version of herself, which makes it feel like her previous self, the one who seems so comfortable in her sexuality, was the "wrong" way to be. This may be unintentional. I mean, this movie definitely had some progressive themes (yes, that masturbation scene). But it's hard not to feel like Jennifer's transformation holds her back from being a fully realized adult woman and instead turns her into some antiquated ideal of what a woman should be.

Re-watching this film now in 2016, it does feel like Natasha Lyonne's Megan, a popular cheerleader who discovers she's a lesbian and is sent to therapy to "cure" herself, is a little stereotypical. She loves Melissa Etheridge and is interested in vegetarianism, which in this film clearly means she's a lesbian. The film portrays gay men as flamboyant, rather than offering gay, male characters who don't adhere to stereotypes. Sure, it's supposed to be satirical and much of the film works to prove a point about stereotypes about sexual orientation, but, too often, its subtlety might be so slight that the film is in danger of promoting unfair stereotypes instead of disproving them.

When Morris "Mud" Himmel doesn't want to go to camp, he invents his own. As a kid, this seems like the coolest idea ever, but as an adult, the holes in this plan really start to show. How could he really have gotten this all together? What about all the insurance liability if someone was injured? How were all the parents too dumb to not question this? These kids lie, but in the end they just seem to get a stern talking to, nothing more. And Christopher Lloyd's Dennis Van Welker, the man who helped them put this all together, gets off scot-free because Mud was willing to take the blame. As if it's not weird for a older man to just spend his summer hanging out with kids who have paid him to lie for them.

Of course, this movie is not meant to be taken seriously, but it's hard to overlook the seriousness of what these high schoolers thought was a playful joke. It seems like the person who came up with this idea is definitely mentally disturbed. If that wasn't already clear, the way the girls try and hide the murder definitely shows off some sociopathic tendencies. But, if you look at this movie through a sympathetic eye for Courtney's actions, this whole thing is really a sad commentary on the state of mental health care system in the United States. Clearly, the warning signs were there, but they were missed.

Clearly, these teen movies take on a whole different meaning when you get a little older and are able to delve a little deeper. But oh, to be naive again, and to be able to enjoy these movies for all their mixed moral messages. Damn, adulthood.