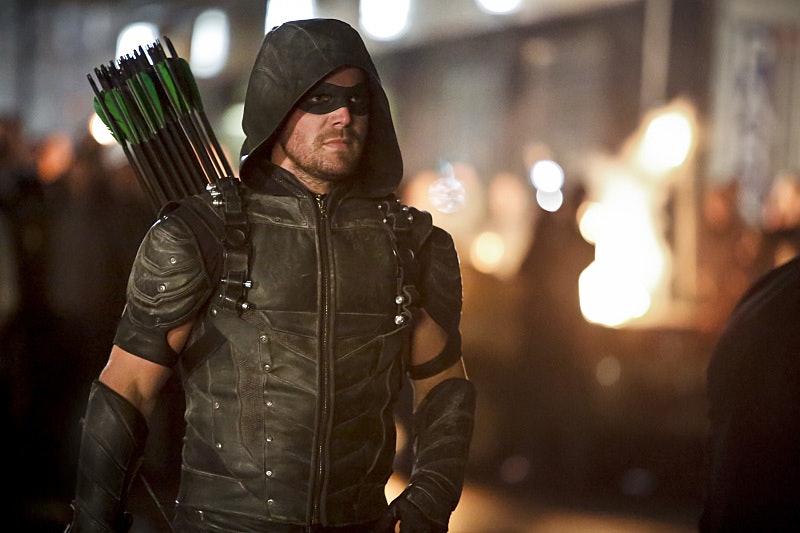 In a twist that probably everybody saw coming, Oliver became mayor of Star City in the Arrow Season 4 finale. And while I'm excited to see him balance the role of respected politician and green-clad vigilante, this surprisingly happy wrap up of the season did come with one worrisome plot development: the fact that Team Arrow has disbanded and almost completely gone their separate ways. I say "almost" because in a sweet parting shot, we saw that Oliver and Felicity are still very much together (in a professional capacity at least) and intend on continuing their crime-fighting nightly antics whether the others are around or not.

Speaking of the others, Diggle is taking some time away from not only Star City, but his family as well as he attempts to cope with killing his brother in cold blood. (Fact: watching him say goodbye to Lyla and Baby Sara was downright heartbreaking to watch.) Meanwhile, Thea is taking some time to deal with her own set of issues and maybe try to deal with her whole bloodlust situation once and for all. Heck, even Captain Lance seems to be taking some time away in light of Laurel's death. But does this mean that we've lost Team Arrow forever? I highly doubt that.

Much like how Oliver decided to go on a Green Arrow hiatus at the end of last year, I have a sneaking suspicion that they'll be back, especially if a new Big Bad makes their presence known in Season 5 and Oliver needs their help. Because despite the many issues and feelings these characters are all dealing with, they are first and foremost heroes and can't help but save lives when the opportunity arises. It may not happen in the first episode, or even the first five episodes, but mark my words that Team Arrow will be back at it again in no time. This "Schism" can't go on forever. We Arrow fans simply won't allow it.

So in the meantime, let's all just sit back, relax, and think of the brighter future Star City has in store now that Mayor Queen is on the case. What could possibly go wrong?