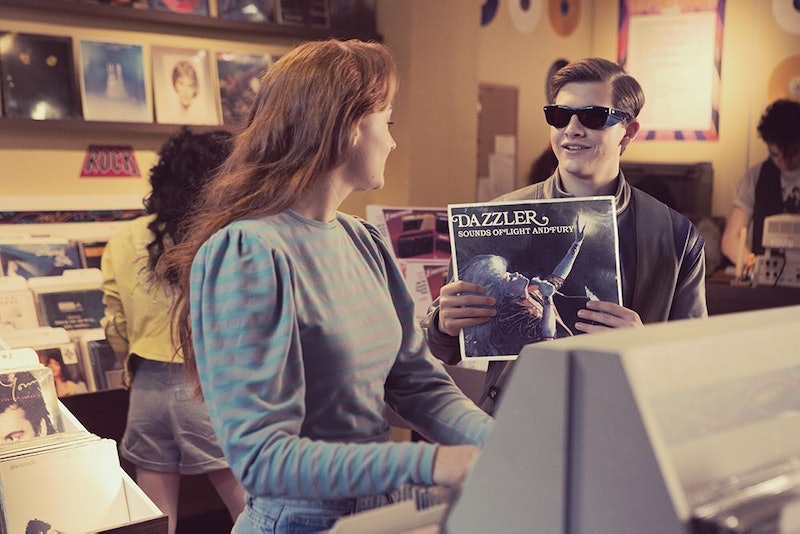 Although comic book superhero stories are mainly known for their action, they have a long history of romance as well. From Superman and Lois Lane to Spider-Man and Mary Jane Watson, most of these couples share the same structure. That is, a superpowered male and a female companion who routinely needs rescuing. But the chief relationship in the X-Men is different. Scott Summers and Jean Grey are both superheroes who happen to fall in love with each other, putting them on more equal footing. Not only that, but Jean is actually the more powerful of the two. So with the characters rebooted for X-Men: Apocalypse, fans want to know if Cyclops and Jean Grey will get together. So will they?

A romance between the two is all but guaranteed. Although the pair don't exactly hook up in X-Men: Apocalypse, there is some flirting that goes on between them. The two characters are just discovering who they are and are figuring out how to harness their powers, and this connection fosters a kinship between them. Jean is ultra powerful and is trying to come to terms with what that means, while Scott has no control over his powers at all. They see a bit of themselves in each other, and it's easy to see the seeds of the relationship that will form. Here's what director Bryan Singer told Entertainment Weekly about the pair's budding relationship:

"In the beginning, she’s the last thing he’s interested in. When he first comes to the mansion, Scott’s blind so he can’t see her. Suddenly he gets some glasses and now he can see her and he’s like ‘Oh! That’s Jean Grey.’ Both of them are misfits in a way. Other mutants have settled in with their powers. This is all new to Scott Summers and he doesn’t like it and he doesn’t like school. And Jean she has not only has her telekenisis and her telepathy but she also knows inherently that something darker and more powerful is growing inside her and she doesn’t quite know what it is."

With the X-Men movies' rebooted timeline, the characters won't necessarily end up in the same place they were in the original X-Men trilogy. So does that mean the relationship between Cyclops and Jean Grey will end up following what happened between them in the comics? This is one of the rare instances where I would recommend the movies not follow the comics 100 percent. The relationship between Jean and Scott has some great storylines that absolutely should be adapted, but overall it's a mess. Let's look at their history, shall we?

Everything starts off well enough. The pair are teenagers who meet and eventually fall in love at Xavier's School For Gifted Youngsters, while also of course fighting as X-Men. This is more or less where the characters are in X-Men: Apocalypse, but hang on, because things get a lot crazier.

During a mission, Jean appears to die, but is reborn as Phoenix. She has actually been possessed by a powerful alien force that soon turns dark, culminating in Jean wiping out an entire planet with billions of inhabitants. With the entire universe at stake, Jean sacrifices herself and the Phoenix, apparently dying once again.

After Jean's death, Cyclops leaves the X-Men and meets a woman named Madelyne Pryor who looks exactly like Jean. He marries her and they have a kid together. Later, Jean is found alive, somehow, so Scott ditches his wife and kid to reunite with her. Madelyne then learns that she is a clone of Jean Grey who was created by the villain Mr. Sinister and brought to life by the Phoenix Force. Her son develops a strange virus and is sent to the future to be healed, eventually returning as Cable, and Madelyne becomes the evil Goblin Queen, imbued with demonic powers.

A retcon makes it so Jean was never actually inhabited by the Phoenix, rather, the Phoenix saved her life and then impersonated her form while she recovered from being basically dead. She and Scott go on to have several decent years with the X-Men, learn that they share a daughter from an alternate future dimension who is now in their present dimension, and eventually get married.

Jean becomes possessed by the Phoenix again — for real this time — but is able to control the force and not go dark. Scott feels alienated from her, and starts a psychic affair with X-Men teammate, Emma Frost. This leads to the destruction of the marriage between Scott and Jean. Scott and Emma form a relationship, and Jean goes on to die several more times, eventually ascending to another plane called the White Hot Room, which is where all Phoenix hosts go when they die.

So... yeah. I'm definitely pulling for a Cyclops/Jean Grey relationship in the new generation of X-Men movies, but if they don't want to be super faithful to the comics, that would be A-OK by me.