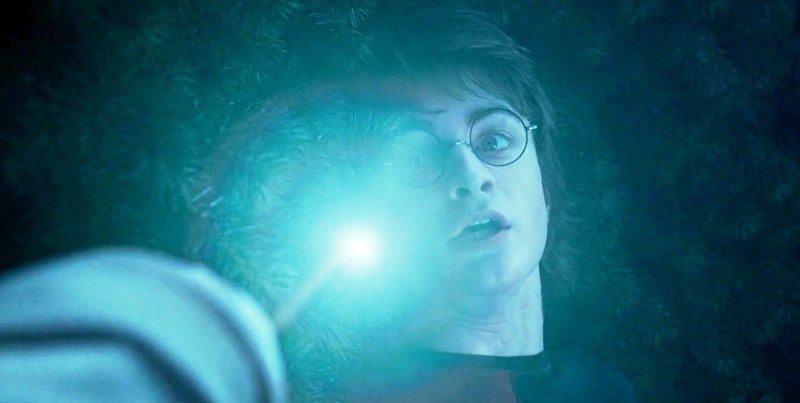 Could the wizarding world's most fantastic plants and potions have any basis in reality? That's the question University of Leicester researchers wanted to answer when they set out to test the science of Harry Potter spells. Two separate papers published in the Journal for Interdisciplinary Science Topics examined Gillyweed and Skele-Gro to see if they would need magic to work.

Potterheads remember Gillyweed from the second task of the Triwizard Tournament in Harry Potter and the Goblet of Fire . When eaten, the plant causes the consumer to grow working gills, as well as webbing between the fingers and toes. Harry uses Gillyweed to breathe underwater while he explores the Black Lake.

Clearly, there must be something magical about this plant, if it can alter a person's pulmonary system. But, supposing that Gillyweed could actually make a person grow gills, would those new organs process enough oxygen for survival? Researchers Rowan Reynolds and Chris Ringrose say no. At least, not so long as Harry swims with his mouth closed:

If Harry were to swim — as he does in the film — with his mouth closed, he would not be able to extract oxygen from the water fast enough to survive while swimming. This is because he would need to force the water past his gills at 2.46 m s-1 through simply breathing in and out. However, if he were to open his mouth, and allow the water in and then out through his gills, he only needs to travel at half this velocity. It could also flow continuously, without the need to breathe in and out which would reduce the force required by his respiratory system.

When Harry breaks his arm while playing Quidditch in Harry Potter and the Chamber of Secrets, Gilderoy Lockhart attempts to heal his student's arm with a spell that vanishes the poor kid's arm bones instead. Harry winds up in the care of Madame Pomfrey, who administers a dose of Skele-Gro to fix the problem.

In magical terms, Skele-Gro takes quite a while to work. After he drinks the potion, Harry must wait all night for it to fully replace his ulna, radius, and other arm and hand bones. Of course, that's much faster than the time it takes for even the most ordinary fracture to heal in the real world.

Researchers Leah Ashley, Ringrose, and Robbie Roe estimate that "Skele-Gro increases the [bone fracture healing] rate by a factor of at least 90," arriving at the conclusion that Madame Pomfrey's potion must be magical:

The energy expenditure that would be required when growing the bones was calculated to be at least 133,050 kcal. This gave a power output of 6443 W. These values are a conservative estimate and the energy expenditure is likely to be much greater; regrowth of a fracture, rather than 30 bones, was calculated over the maximum time Skele-Gro could have been working. Skele-Gro therefore must contain unexplained magical properties that allow it to hold such a vast amount of energy and indeed be able to apply it in a short period of time.

There you have it, folks. Harry Potter spells are magic. Who knew?