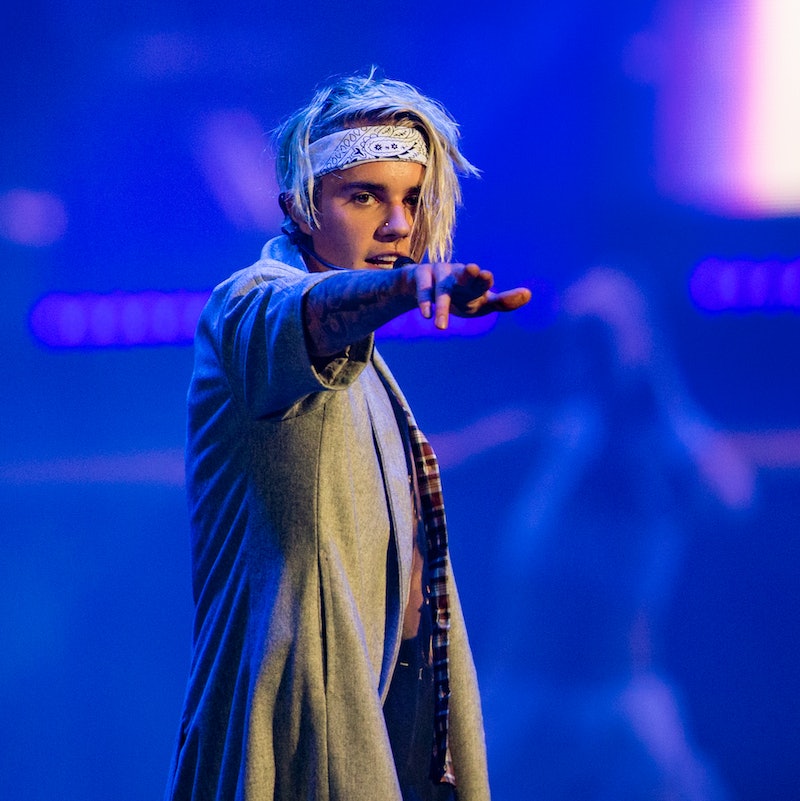 Let's get one thing out of the way: Justin Bieber and Nicola Peltz went on a dinner date in Beverly Hills on Wednesday, which means they are automatically a couple and intrinsically linked together forever. (Reality: They went out once, a sunburnt Biebs was described as a "gentleman," and an E! source clarified that "they're not a couple, they just went on a date.") Still, in a world where most average twentysomethings are forced to meet people off of apps, people who actually meet each other IRL before deciding to go out are a rare and intriguing species, especially when the two people in question both happen to be famous. This, of course, begs the question: How did Justin Bieber and Nicola Peltz even meet in the first place?

To answer that question, let's look a little bit at Peltz's background. While we're all aware what Bieber does, "Nicola Peltz" is a name that may not instantly ring a bell for you — but it should. Peltz is an experienced actor, starring in Transformers 4: Age of Extinction, Bates Motel, and Avatar: The Last Airbender, her breakout role in 2010. With prestigious roles in blockbusters like these, it makes sense that she and Bieber would somehow meet: On the red carpet, at an event, through someone's agent or publicist. But when you realize she has the pop connection, too, that's when the meet-cute really does become inevitable.

Way back in 2008, Peltz starred in Miley Cyrus' "7 Things" music video, so it's clear they both have the Miley connection there. But it was her role as the leading lady in Zayn Malik's 2016 "iT's yOu" music video that really got people talking — and hey, maybe one of those people was the Biebs himself.

After all, that would be the maybe-couple's best connection: Malik and Bieber are obviously both huge names in the pop music world, and JB has long been friends with Malik's girlfriend, Gigi Hadid. Considering Bieber has been known to ask people to hunt down women he finds attractive, it wouldn't be surprising if that's how he was introduced to Peltz.

As for the pair's relationship turning into anything long-lasting (or anything past a first date, really), it looks like only time will tell. But hey, at least we now know they have something in common besides the whole famous, blonde, and really, really ridiculously good-looking part: Mutual interests (and mutual friends) can certainly set a solid base for a good first date — and hopefully, some more to come.