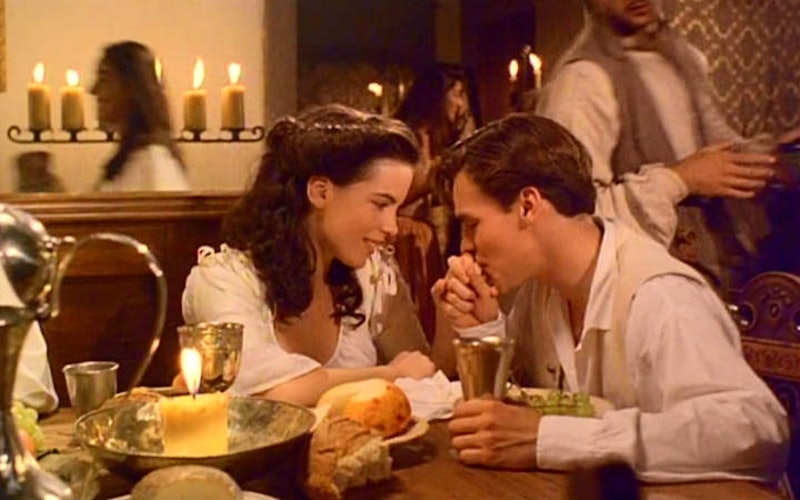 What would literature be without one or two dysfunctional literary couples? For the most part that’s what makes it fun, right? No one wants to read stories about couples who get together and have no problems ever, because the entire point is to follow their journey through all the twists and turns and all the way to the happily ever after. Then again, it’s also pretty satisfying to watch a couple love and fall out of love, and it sometimes satisfying to read about the ones who definitely should have broken up. Unfortunately, sometimes, we can see just how much these couples are influenced by rape culture.

Unfortunately, rape culture is also present in literature. I’ve taken a look at six literary couples to see just how influenced they are by rape culture. Most of these couples aren’t meant to be “true love”, but it’s still interesting to see how they were shaped by society. Take a look:

On paper, Anna and Alexei had a relatively perfect marriage: they were faithful to each other, had a child, and were virtuous people. But when Anna falls in love with the handsome Vronsky, things get a little out of control. Turns out, Alexei really didn't think much about his wife or her feelings — even going so far as to request that she simply act like his wife while living a separate life from him. Anna's life falls apart because of her marital indiscretion, and she's shunned by society. Meanwhile, her lover, Vronsky, gets to roam free. a

That's bad enough on its own, but Alexei Karenin's fate also reflects rape culture. His life was completely destroyed. When he seeks divorce, he is scorned because, according to society, he didn't have enough control over his wife to keep her from cheating on him. Toxic masculinity damages everyone.

2. Hero and Claudio from Much Ado About Nothing by William Shakespeare

Oh boy, Claudio. Claudio and Hero. When we first meet these lovers, Claudio has been admiring Hero from afar, having fallen in love with her after only one meeting. A series of misunderstandings lead Claudio to believe that Hero has been "stolen" by another. This is later cleared up, and Claudio ends up publicly humiliating Hero after someone tells him that she was being unfaithful. Up until this point, they hadn't actually spoken to each other more than once or twice. There is a lot wrong with this couple, and yet at the end they end up happily married. While they may have lived happily ever after, there is a definite rape culture influence there.

This is a story set in Victorian England. So, of course there's going to be rape culture. As a country girl who is unschooled in the ways of the world, Tess has absolutely no idea how to protect herself from the dangers of man, as exhibited in her lament to her mother: "Why didn't you tell me there was danger in men-folk?" When Alec takes a liking to Tess, she is forced to put up with his attentions or else lose the position she has working on his estate. This all ends with Alec raping Tess in the middle of a grove one night after getting lost.

The rape destroys Tess's life. Her husband, Alec, refuses to "forgive" her for the rape, even though it was not her fault. She was the victim! Meanwhile, Alec continues to stalk Tess, repeatedly ignoring her obvious distaste for him. In the end, he finally wears her down, and she agrees to become his mistress.

4. Heathcliff and Isabella from Wuthering Heights by Emily Brontë

Heathcliff's dangerous tendencies have been romanticized in the years since Wuthering Heights was released. Isabella, too, romanticized the character. Isabella may have been a bit of a spoiled brat, but no one deserves to be treated the way she was treated by Heathcliff. Heathcliff hangs her dog and refuses to allow her to sleep in a bed even when she is pregnant with his child. Despite the obvious abuse, no one helps her, because she was considered to be Heathcliff's property at the time. Also toxic masculinity rears its ugly head once again when Heathcliff loses what little humanity he had left after overhearing that his beloved Catherine will never marry him because it's "beneath her."

5. Jane and Mr. Rochester from Jane Eyre by Charlotte Brontë

Rochester teases Jane to the point of tears multiple times and keeps his first wife locked in the attic. Yet we're supposed to accept him as a love interest for our heroine. But the creepiest part of their relationship stems from the fact that she feels that that she has to irritate her fiancé every time he gets sexually aroused in order to keep him from hitting on her. From the novel:

In other people’s presence I was, as formerly, deferential and quiet; any other line of conduct being uncalled for: it was only in the evening conferences I thus thwarted and afflicted him. He continued to send for me punctually the moment the clock struck seven; though when I appeared before him now, he had no such honeyed terms as "love" and "darling" on his lips: the best words at my service were "provoking puppet," "malicious elf," "sprite," "changeling," &c. For caresses, too, I now got grimaces; for a pressure of the hand, a pinch on the arm; for a kiss on the cheek, a severe tweak of the ear. It was all right: at present I decidedly preferred these fierce favours to anything more tender. […] Meantime, Mr. Rochester affirmed I was wearing him to skin and bone, and threatened awful vengeance for my present conduct at some period fast coming. I laughed in my sleeve at his menaces. "I can keep you in reasonable check now," I reflected; "and I don’t doubt to be able to do it hereafter: if one expedient loses its virtue, another must be devised."Yet after all my task was not an easy one; often I would rather have pleased than teased him."