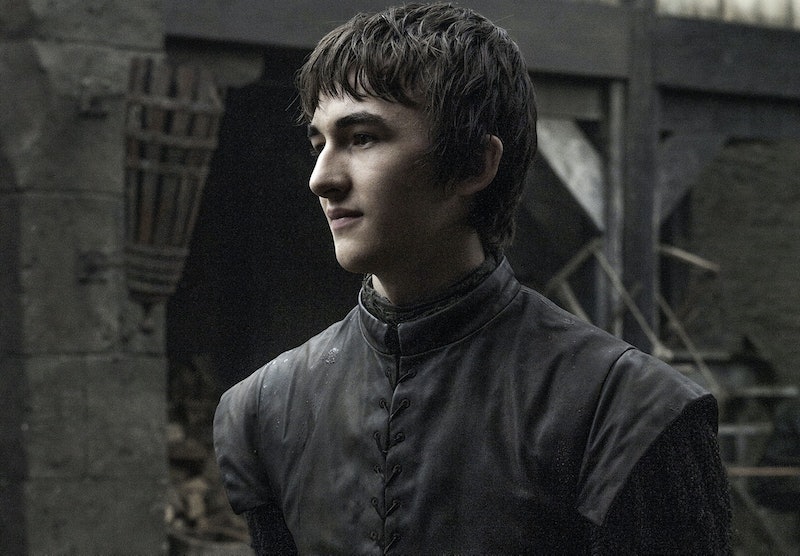 Uncle Benjen Stark is back on Game of Thrones and that can be only be good news for Bran. After Benjen defeated the wights on Game of Thrones that were attacking Bran and Meera, he revealed that his time beyond the Wall has made him perfectly prepared to help Bran become the Three-Eyed Raven. With knowledge of the Three-Eyed Raven, along with the Children of the Forest and the Night's King, Benjen gave Bran an ominous look into his future during the May 29 episode, but he also gave him hope. Considering Meera would not have been able to protect Bran and herself from the wights on her own and Benjen's understanding of the situation, Benjen's appearance was essential in continuing Bran's path toward his destiny.

While being part White Walker may seem suspicious, Benjen clearly stayed on the side of good by partnering up with the Children and the Three-Eyed Raven. I'm also confident that there's no need to worry about Benjen's intentions since showrunner D. B. Weiss called Benjen "Coldhands Benjen" in the "Inside the Episode" segment of the "Blood of My Blood" episode and Entertainment Weekly confirmed that Benjen is indeed the book character Coldhands. As Coldhands protected Bran and company in the books, I suspect Benjen will do the same, and even take it one step further by helping train Bran.

The previous Three-Eyed Raven must have foresaw Bran's destiny and knew that he would need his Uncle Benjen, just like Bran needed Hodor to "hold the door" (still not over it) to save him. Benjen told Bran that the Night's King is going to make it to the land of the living and when he does, Bran will be waiting and ready. Considering that even Bran knows how unprepared he is for this task, Uncle Benjen's arrival must mark the beginning of a serious Three-Eyed Raven training session.

I loved Uncle Benjen and the guidance he provided to Jon Snow in Season 1 and now I suspect I may love him even more as he assists Bran in attempting to save the world of men (and women) from the wights.