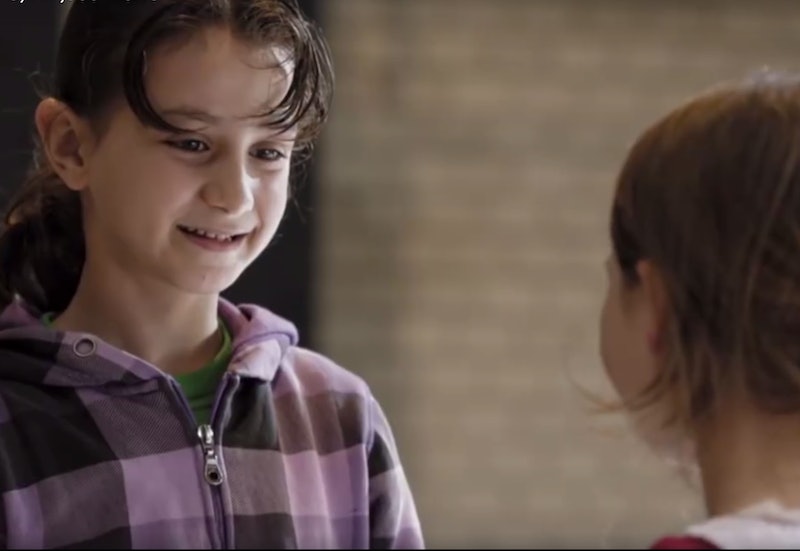 In April, Amnesty Poland conducted an experiment in which it had refugees and Europeans stare into each other’s eyes for four minutes. It sounds like a simple thing — what’s the big deal about looking into someone’s eyes? — but video of the experiment shows that it was a surprisingly emotional experience for everyone involved, an intimate moment of recognizing another person’s innate humanity. Discussions of the refugee crisis are so often dominated by statistics that it can sometimes be easy to lose sight of the real people moving across borders, and the very real struggles they face in being displaced from their homes. In this video, posted on Facebook by AJ+, Amnesty Poland shows how important it is to put a human face — or, rather, many individual human faces — on this world crisis.

This experiment was modeled on one created by American psychologist Dr. Arthur Aron in 1997, which suggests that two people can create an intimate connection by asking each other a series of questions and then staring into each other’s eyes for four minutes. You may remember that the experiment was in the press last year, when Mandy Len Catron wrote about using it to fall in love in a “Modern Love” column for The New York Times.

For the video, Amnesty Poland paired people from Belgium, Germany, Poland, Italy, and the UK with refugees from Syria and Somalia and had them look at each other for four minutes. In that short time, many of the participants were visibly moved.

“It takes a heart of stone to watch this video without shedding a tear. Today, when the world appears rife with division and conflict, it is always worthwhile to look at everything from another person’s perspective,” Draginja Nadażdin, Director of Amnesty International Poland, said in a press statement. “Too often, what gets lost in the numbers and headlines is the suffering of actual people, who, like us, have families, friends, their own stories, dreams and goals. What if we stopped for just a moment and looked at who they really are?”

Nadażdin added, “Borders exist between countries, not people. And it is imperative that our governments start putting people before borders and their own short-term political gain.”

Watch the video above. (You can also check out a longer version at Amnesty Poland).