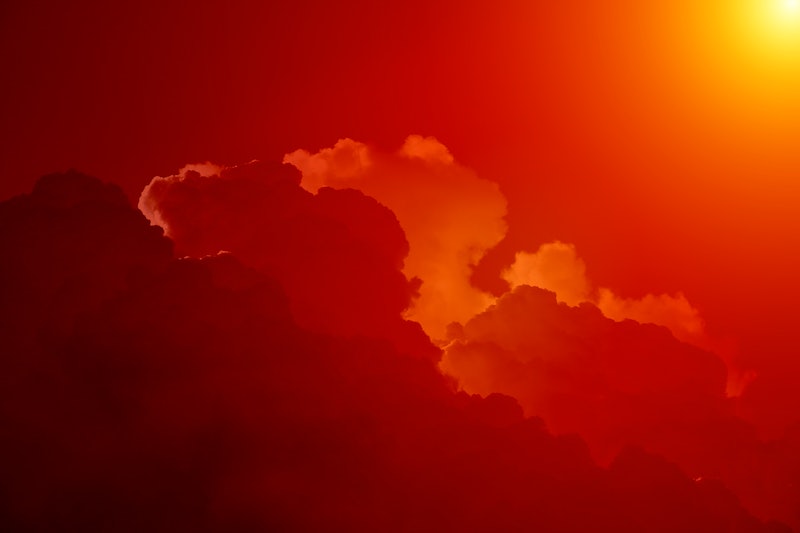 While talking about blood under any other circumstance, like getting a cut, is socially accepted (even for the squeamish), periods are still often considered "too disgusting" a topic to discuss in polite company. But users of the Twitter hashtags "Tweet Your Period" and "Red Summer" are changing this — by literally live-tweeting their periods.

The #TweetYourPeriod hashtag began when Twitter user Risa Pappas posted a call to action on her blog asking for more open conversation about periods. "Over 50 percent of the population menstruates, has menstruated, or will menstruate," she tells Bustle over Twitter direct message. "There are young girls, even some adult women, who have questions they're afraid to ask." She further explains why this is so harmful:

There's always a point that my guy friends can go beyond, but I can't. It's not just about menstruation. It's about the whole culture of shame. ... But most of the world has to deal with it, so why should it remain hidden? Why should be we be forced to accommodate the disgust and fear of men? Why are we not being accommodated? The shame and silence of the period is just one pillar in the foundation of oppression women are trapped under.

She's right that periods are unfortunately often considered to be a source of shame. According to a survey by Clue and the International Women's Health Coalition, over 5,000 euphemisms for periods exist worldwide, over a third of people in some countries are not well-informed about their periods, and only 34 percent of people feel comfortable talking about their periods with men.

The consequence of this shame as that young people often don't get enough education about their periods, and even older people with periods aren't always able to discuss health issues related to menstruation. For example, people suffering from endometriosis — a disease involving painful periods — often don't get help as soon as they need because issues related to menstruation are considered too embarrassing to bring up.

Sometimes, a combination of shame and lack of resources can cause people who menstruate — including 30 percent of girls in Afghanistan and 21 percent of girls in Sierra Leone — to miss school because of their periods. Even in places where this is less likely to be an issue, Pappas points out that events and festivals often have porta-potties with a bit of hand sanitizer — not enough for someone on their period.

The new hashtags allow people to talk about all sorts of typically undiscussed matters related to menstruation, from having to wash your underwear after unannounced visits from Aunt Flo to getting cramps and food cravings.

The inability to discuss these issues, Pappas points out, contributes to gender equality on a larger scale. Stigmatizing a process like menstruation creates a culture where cisgender men are able to go about the world without censoring themselves, while everyone for whom periods are a part of everyday life has to worry about both what they talk about and what they're logistically able to do given the lack of accommodations for menstruating people.

This issue also ties into damaging ideas about femininity, according to Pappas. "There's also this denial of women's personhood that I've noticed," she says. "Guys hold women to this standard, this concept of being 'ladylike.' They want women to be otherworldly beauties, wonderful and rare like unicorns. But we're not. We fart. And urinate and defecate and bleed." It's time we acknowledge that, and these hashtags are a great start.