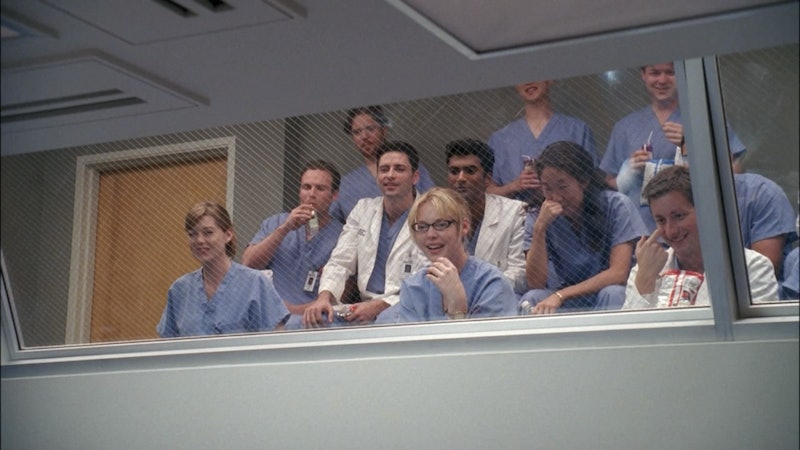 A decade seems like a long time, but when it comes to television, 10 years can pass in no time at all — just look at Friends for evidence. Most series aren't lucky enough to get 10 years of seasons, but you were lucky enough that TV shows 10 years ago were starting to get really good. The latest Golden Age of Television title might not have been given out just yet in the mid 2000s, but shows like 30 Rock and Friday Night Lights were on the horizon and you didn't even know how your life was about to be changed. But, let's be real: You most likely weren't spending summer 2006 watching TV shows of only the highest quality.

If you're anything like me, you may find that it's easier to track your past by not your own memories, but of what was going on in the entertainment industry at the time. June 2006 was spent at home between my sophomore and junior years of college and while I did lots of fun stuff that summer ("fun stuff" meaning underaged drinking), I also caught up on a lot of the TV shows that I hadn't been able to watch during the previous semesters. And I made sure not to neglect the summer TV lineups that the show business executives had graced me with either.

While some of these series were already well into their summertime reruns and others were just premiering, here are the series you couldn't help but watch 10 years ago.

Grey's Anatomy premiered in 2005 and 11 years later, you're still probably watching it. Some things (except the majority of the cast) never change, do they?

2. So You Think You Can Dance

Watching So You Think You Can Dance has always seemed like a summer pastime, but it was only on its second season in 2006 when winner Benji Schwimmer stole the show.

My political views in college were formed entirely from watching The Colbert Report. (Sorry, Jon Stewart!)

What a difference 10 years can make when you're Miley Cyrus.

You can pretend like you were too cool to watch Criss Angel's antics on his A&E show, but I know you most likely tuned in to see him levitate at least once in your life.

There used to be a time when it wasn't completely embarrassing to say you watched Entourage and that time was 2006.

It may have only run for three short seasons, but 2006 was right in the sweet spot to be a Veronica Mars fan since the show premiered in 2004 and was off the air by 2007. Thank Neptune for the 2014 film.

British actor Hugh Laurie was a household name (yup, I really did just made that awful pun), thanks to his FOX series.

It was the peak time of your life to be falling in love with Jim Halpert's faces.

I guarantee you were still recovering from the fact that Taylor Hicks beat both Katharine McPhee and Chris Daughtry in 2006.

Jack Bauer was putting most people to shame with how much he could accomplish in a mere 24 hours.

I didn't watch Lost until 2010 when I binge-watched the entire series for the finale. But if you knew what was good for you (despite the aforementioned series finale), you had already finished Season 2 in 2006.

Speaking of disappointing series finales, How I Met Your Mother was giving you high hopes for a lovely romantic sitcom in 2006 before stomping on your heart when it ended in 2014.

Some of the shows in 2006 seem like they were on just yesterday (because they almost legitimately were) and some seem like the distant past, but either way, TV in 2006 was legen — wait for it — dary.