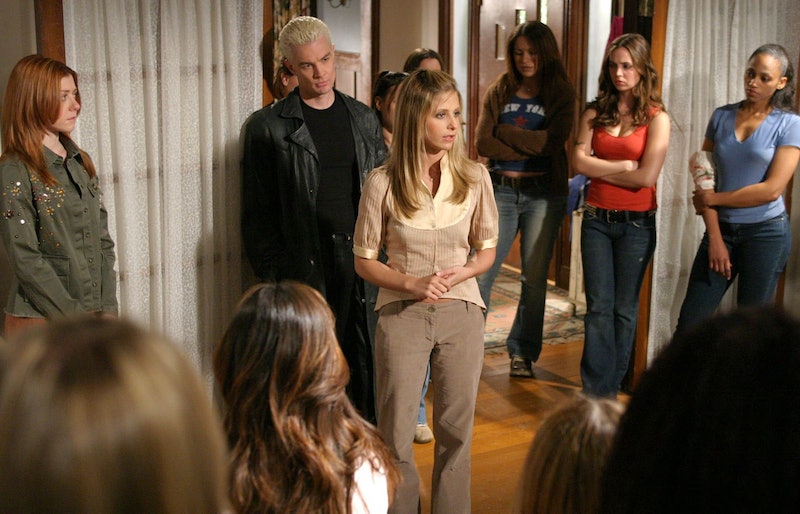 Call me crazy, but I hold out real hope that a number of my favorite of these '90s shows could make a viable comeback in today’s world. Whether it’s because of the things that they could contribute to the conversations taking place or something as frivolous as their wonderful sense of fashion, there are quite a few ‘90s show that I think could make a legit comeback if they were given the chance. And it wouldn’t be surprising if they were. With revivals and remakes being announced on the regular, it’s as if the world has revival fever. With shows like Fuller House and Gilmore Girls banking on their huge fan base to watch their new episodes, it’s no wonder that more networks are rushing to join in on the action. So just in case those networks are listening, here’s a list of ‘90s shows that could viably make a comeback, with or without the cult following.

Call me crazy, but I think the world would be a better place for it. Whether it’s a healthy dose of nostalgia or a peppy sense of fashion, these shows could contribute a lot. And making a bunch of fans happy in the meantime certainly wouldn’t hurt.

Lacey Chabert and Matthew Fox are still kicking around Hollywood. I doubt it would take much to get the rest of this beloved ‘90s cast — including Jennifer Love Hewitt, Neve Campbell, and Scott Wolf — back in action. I’m envisioning a holiday special where all the Salingers come back to San Francisco for a meal at their restaurant. Of course now it’s some hipster farm-to-table place, and no one there recognizes them. Here’s another terrifying thought: Baby Owen would be about 24 today.

Claire Danes may have recently signed on for another season of Homeland, but do you realize what I would pay to have that girl come back as an adult Angela Chase? I honestly can’t think of anything the world needs more than an adult Angela Chase to agonize in stilted monologue over all of the things that still confuse us: taxes, health insurance, Donald Trump.

I say a little prayer every night that this show will come back, and I have since the day it ended in 2003.

For the hats alone, am I right?

5. Legends Of The Hidden Temple

And by “viable” revival I mean “totally happening,” because Nickelodeon announced in March that they would be reviving this kid favorite to see another day.

Just imagine all of the ways this show could be a springboard for so many issues of race facing our world today. Make it happen, networks!

8. Clarissa Explains It All

This one could actually be happening, so hold your breath and cross your fingers.

9. Are You Afraid Of The Dark

Horror is so in right now. Time to revive this show for the kiddos of today and watch them squirm.

Suzanne Somers and oversized families are still all the rage these days. I say bring it back in a big way, but make the family even bigger. All six kids, plus Kody, plus all of their kids.

Whether it’s Jenny McCarthy or someone else, a world obsessed with swiping left or right to deal with our romantic emotions could use a blatant dating game show like Singled Out.

This female-power series could definitely come back into our lives for real: A reboot is allegedly in the works.

So let’s all say a little prayer to the TV gods that these reboots actually happen one day. We all know the world is ready for them. But are they ready for the world?