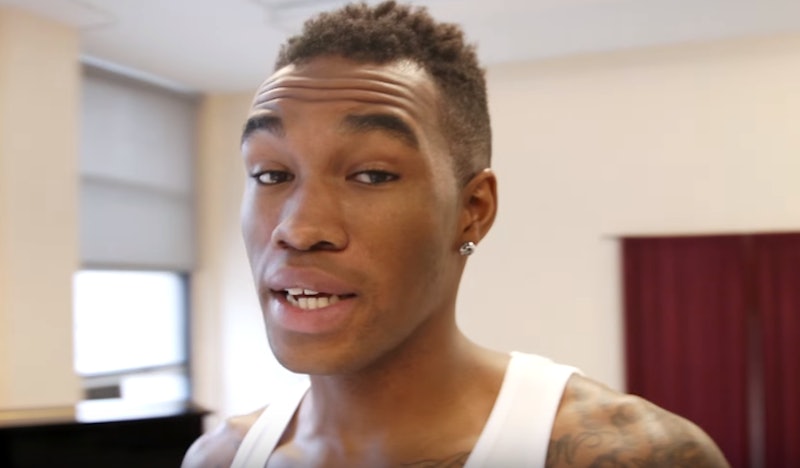 Most current feminists agree that gender equality isn't just for women. However, patriarchal societies are set up to afford men advantages at every turn, and as a result, the reasons why feminism is good for men may not be as readily apparent as the ways it benefits women. It's clear that gender equality means more pay, less discrimination, and better protection under the law for women, but for those who aren't familiar with the finer points of feminism, what men stand to gain from equality may not be as obvious.

Of course, a veritable mountain of texts discussing these benefits are just a Google search away, but if you're looking for a quick introduction, the Huffington Post has released a video detailing all the ways feminism is just as important to men as it is to women. As the male feminists explain in the video, true gender equality advocates for men to live free of stereotypes surrounding their gender.

First up is the way devaluing femininity restricts men's hobbies and relationships with others. "A real man means being tough, strong, and definitely not girly or sensitive, but imagine if we could change all that," one man says. "Imagine if you weren't considered any less of a man if you were to openly talk about your feelings, or binge-watch Scandal, or take a beginner's ballet class."

Next is the workplace — or, considering how much pressure society places on men to provide the primary income and leave raising a family to women, the choice not to work. "People say a man has to provide," another man explains. "Feminism says, 'Who cares?'"

The video goes on to remind viewers that when women are granted more freedom, the inflexible expectations for men are loosened as well. "The more we can dismantle our rigid ideas about how women look, act, and exist in the world, the more we should be able to do the same for men," one man explains to his group of friends. "Right bros?"

Finally, the video concludes with a bunch of attractive, feminist men downing fruity drinks and watching The Bachelor. What's not to love?