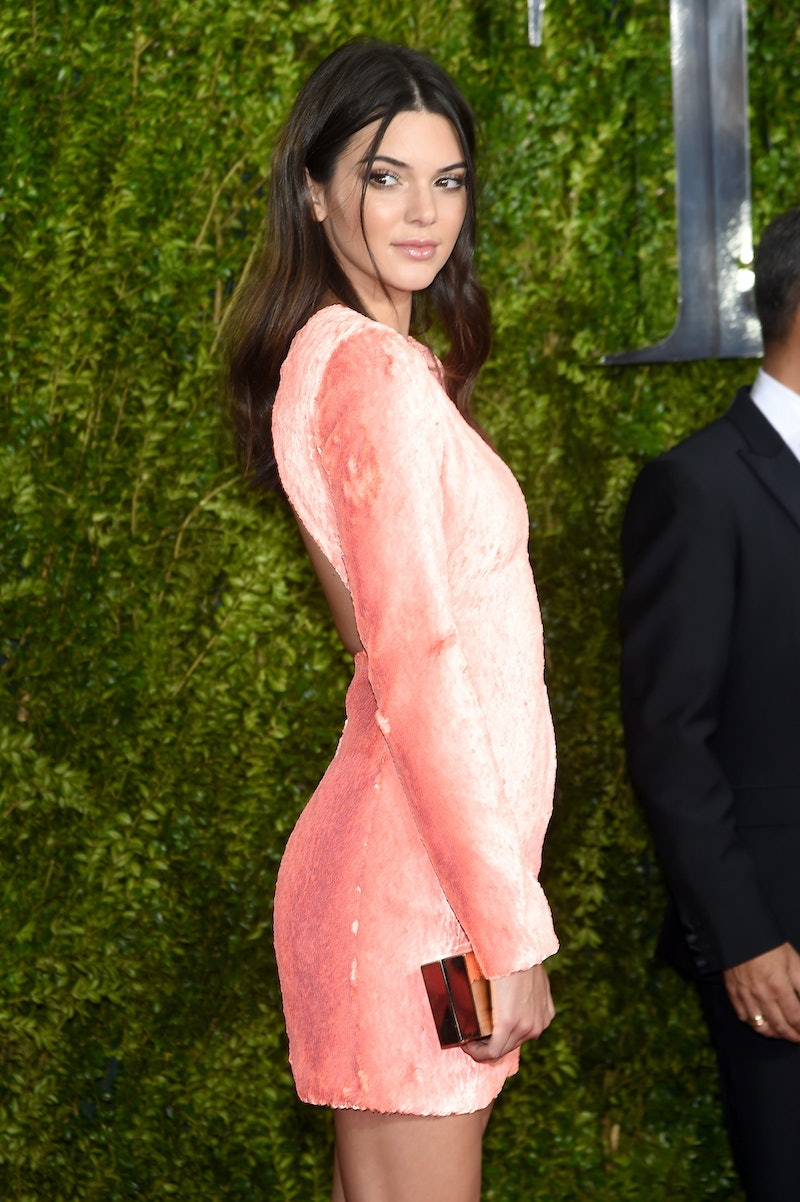 I know what you're thinking. Kendall Jenner at the 2016 Tony Awards? Why? Well, Jenner did hit the 2015 edition of the Broadway prize-giving ceremony, looking sexy and sweet in a peach, sequined, and long-sleeved mini by Calvin Klein. Her frock was the perfect execution of glamsual, since it dipped low in the back and showed off her legs-for-days. I expected her to show up again, showing off her new short hair and pairing it with an excellent follow up ensemble. But alas, that was not the case. Jenner skipped the 2016 Tonys because she appeared to be busy doing other things... or perhaps her work schedule kept her elsewhere and unable to escape to NYC.

Jenner posted a photo on her personal Instagram this afternoon and it was a twist on the mirror selfie that her little sister Kylie is so fond of! It looked like the model may have been shopping at a flea market of some sort in her native L.A., thanks to the items in the image.

She didn't include a caption nor did she tag the location. That's so typical of Kris Jenner's penultimate daughter. Kendizzle keeps things close to the vest and doesn't reveal too much about her personal life via Insta selfies. She's all about that mystique.

Jenner looks to be browsing some cool items at a garage sale, like that Marilyn Monroe portrait. Notice the other person in the mirror. Is that her rumored BF, baller Jordan Clarkson? I can't tell because of the sunglasses and the fact that it's a mirror selfie.

It's all speculation. But I dig her checkered shades and her lob.

However, had Jenner shown up at the 2016 Tonys, I would have started to think that she harbors some Broadway or acting aspirations beyond appearing on reality TV via Keeping Up With The Kardashians. I would have liked to see her play dress up and fraternize with Broadway stars. But it didn't happen.

I will just wax nostalgic about her surprise appearance last year.